Nearly 17 years after its entry into Pakistan’s financial space, Islamic financing or non-interest banking has grown considerably amid challenges. This mode of transaction is deepening its roots in Pakistan’s financial cycle. Its acceptance has cleared up the initial mist, scepticism and suspicion associated with the concept. Riba-free system of financial intermediation can be successful if we have a systemic transformation that Quaid-e-Azam Muhammad Ali Jinnah dreamt of. His vision was based on the concept of a modern welfare state, as his mission was to enforce the basic principle of Islamic economic system in Pakistan. 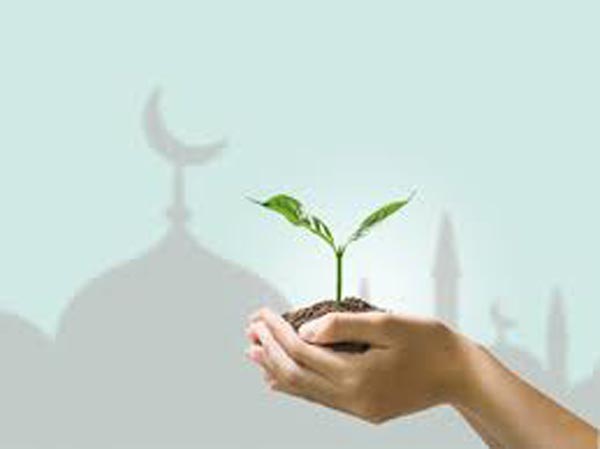 Islamic banking efforts started in Pakistan a long time ago, and went through many obstacles and debacles due to lack of conventional Shariah-compliant transformation initiatives in the early years of the independence, and later, conventional banking thwarting the idea from taking root.

Pioneered by the Islamic Ideological Council (CII)’s research during 1960s, the genre of financial service has gained wider acceptance, with finance institutions opening windows for Islamic banking products to cater for a segment of their clients. However, a successful effort to introduce Islamic banking started in early 2002 with the granting of licence to the Meezan Bank.

IBA’s Centre for Excellence in Islamic Financing data outlines modest achievements recorded in Islamic or non-interest banking since its inception in Pakistan’s financial sector in 2002. In terms of assets, the total assets of Islamic or non-interest banks and windows grew modestly from Rs1,014billion in December 2013 to Rs2,992billion in June 2019. However, its share of total assets against the total assets of the banking industry stood at a paltry 14.4 percent as in June 2019. The total deposits stood at Rs2,415billion, or 15.9percent of the industry total, during the same period; the total financing stood at 1,544billion, as at the end of the second quarter on June 30, 2019.

The impact of such a performance is clearly insignificant. Like every institution, Islamic banking has its fair of challenges and obstacles slowing the pace of its growth. As an alternative genre of banking of 17 years, there is still a low level of awareness about opportunity and economic benefits inherent in non-interest financial services among a substantial segment of Pakistan’s populace. This has denied a sizable number of citizens the opportunity to reap the benefits.

Many eyebrows are raised whenever there is anything close to the topic of getting a consumer financing facility or any business assistance from financial institutions based on Islamic banking. Still misconceived, Islamic financing at the centre of the entire bank financing debate could be too much to ask for. It is not because the dispute has lost its worth or has been resolved; it is because there are many misconceptions about Islamic financing. We have become so accustomed to conventional banking that no one is willing to pay attention to understand the Shariah compliant schemes.

Islamic finance observes ethical principles that can be correlated with the norms of Shariah and the methods in line to the Shariah law where all forms of interest are forbidden. The customer and the bank share the risk of any investment on the agreed terms, and divide any profits between them. It is an alternative form of banking based on a principle of non-interest, sharing of risks and rewards, equity, fairness and justice. The relationship of a customer and a conventional bank is of creditor-debtor, while in Islamic banking the relationship of a customer and a bank is of seller-buyer.

The Quran forbids charging interest or paying it as it is stated in Surah Al-Baqarah. Yet even strictly observant Muslims can participate in modern day commerce by using alternative arrangements designed to comply with the Shariah or the Islamic law. These financial instruments in which the buyer and the seller typically share risk as well as profit are some of the fastest growing on the market.

Islamic finance has emerged as an effective tool for financing development worldwide, including non-Muslim countries. Major financial markets are discovering solid evidence that Islamic finance has already been mainstreamed within the global financial system, and that it has the potential to help address the challenges of ending extreme poverty and boosting shared prosperity

A recent Bloomberg report reveals that Shariah-compliant financial assets are forecasted at $3 trillion sometime in the next decade from an estimated $2.1 trillion at the end of 2016. Even companies and governments outside the Muslim world are using them. The world’s Muslim population is growing rapidly, and in many places, wealthier, creating new customers for Shariah-compliant bonds, mortgages and insurance. Followers of these arrangements think they can compete with the conventional system even for non-Muslim customers. How big Islamic finance can become, however, is a matter of debate.

In Pakistan, Shariah-compliant deposits have grown at double the pace of conventional deposits over the past two years, according to a research by the Karachi-based Optimus Capital Management. Only about 20 percent of Pakistan’s 14,000 bank branches are Shariah-compliant, accounting for about 15 percent of total deposits of roughly 14 trillion rupees ($99 billion).It is a country where three-quarters of the population doesn’t have a bank account, and many of the unbanked reject regular commercial banks because of Islam’s prohibition on interest payments.

To a large extent, issues that hinder access to Islamic banking finance include ignorance, lack of education, trust and awareness. It is generally perceived that Islamic banks serve with interest-based consumer financing similar to conventional banks. Consumers believe that there is no difference between loaning or rental agreement while both modes of institutions charge a certain amount of monthly interest with a slightly varied form of payment. In a society where only a section of the population can afford the luxury, the middle class is falling deeper into debt to maintain a middle class lifestyle. Unfortunately, their income has been largely stagnant. Filling the gap between earning and spending becomes a matter of survival, and they fall prey to consumer financing economy.

This class is lured by attractive advertisements in media. Ordinary bank clients are induced to borrow or avail various types of consumer financing facilities, including credit cards, auto financing and personal loans. Once the deals are signed and sealed, the creditor banks indulge in all sorts of unpleasant methods to recover the loans or the commodity. Once a customer turns to bank facilities to fulfil his or her little and large desires or post-paid alternatives to expensive wishes and wants, it becomes really difficult to pay off the balance or monthly installments inclusive of a big chunk of interest. The amount of a monthly installment plus interest is powerful enough to affect the budget of a household, forcing the person to eventually resort to further borrowings.

The worst sufferers are auto finance customers. When they fail to pay two or three consecutive installments, lender bank’s recovery squad seizes the vehicle without any delay. Ultimately, the borrower cannot pay the balance at a time, and losses to the war of survival, including the vehicle and the money paid so far.

On the contrary, Islamic banks offer auto financing on a rental agreement. However, many consumers complain that failure to pay monthly rent presents a similar scenario as mentioned above. Although banks promise to return the amount paid by the defaulter client after selling the vehicle, many customers say that the invested money is never paid back, and accuse the recovery agencies of alleged dishonesty. Islamic financers should address customers’ grievances if the allegation is maintainable.

Islamic banks should come forward with more clarity about their products. The main categories of Islamic finance are Istisna, Murabaha, Musharakah, Ijarah, Salam and Sukuk. These products need widespread promotion to generalise the concept. Names should be simplified so as to make customers understand the schemes. Living in this fast changing world of information technology, even the widely acclaimed Google’s translator displays misleading results for these Arabic terms.

The present government has decided to initiate a comprehensive plan for the promotion of Islamic banking in the country. The State Bank of Pakistan (SBP) is in the process of formulating a seven-year plan and an extensive framework in this regard, which will be introduced soon. The SBP has planned to introduce Islamic finance in curriculum of schools, colleges and universities. As per an SBP report, the Sindh Higher Education Commission has already directed vice chancellors, presidents, executive directors, rectors and directors of all private universities and institutes to prepare recommendations and strategies for the inclusion of Islamic finance in the curriculum of institutions.

With concrete initiatives and effective plans, it is hoped that Pakistan will soon emerge as one of the most successful Shariah compliant economy of the world.

The writer is a Karachi based multimedia journalist and can be reached atshaziatasneemf@yahoo.com or on Twitter@tasneemshazia