The recent hike in the fuel prices by the Iranian government has evoked mass protests from the citizens. The protests turned violent when demonstrators set ablaze some banks and stores. Given the large number of participants in the ongoing protests, the Iranian authorities responded in full as the clash between protestors and security forces resulted in several deaths. So far, the death toll has reached 11, including civilians and Iranian forces, according to Al Jazeera. On top of that, Iranians were without internet servicefor five days as authorities had shut it down. 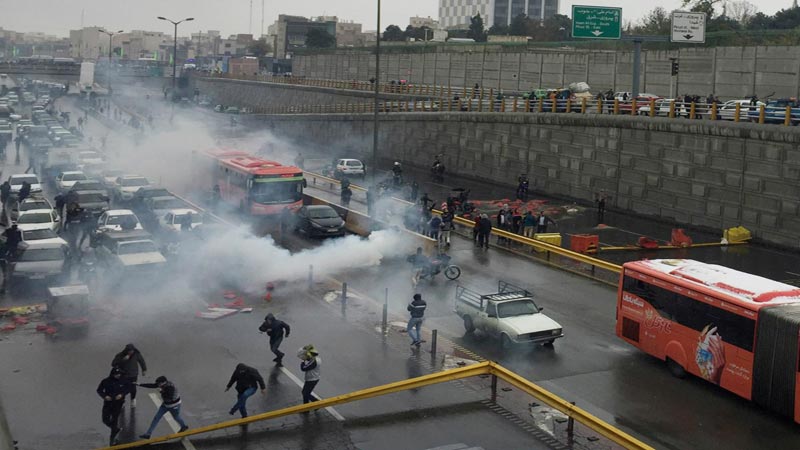 In spite of the prevailing chaos, the government sticks by its decision, which it claims would lessen the adverse effects the economy is facing as a result of the crushing US sanctions. With the new fuel price hikes, the Iranian government aims to raise approximately $2.55bn per year for subsidies other than the current ones for people with low incomes. President Rouhani has even assured the nation that the money raised will be distributed among the poorest families very soon.

As the action seems to be fair and justifiable, benefiting some 18 million low-income populaces, one wonders why this hue and cry has started. Why all of a sudden Iranians have taken to the streets to show their rage in such a brute manner. Although Iranians were expecting a rise in the petrol prices, and compared to the rest of the world petrol is still cheaper in Iran,given the low average income of a large part of the Iranian population, many see it asharsh and unbearable. By simply cutting present subsidies as well as announcing a newpetrol-rationing scheme, the government has raised prices to 50 percent. Though the step supports Iran’s poorest citizens the general masses that are already burdened by the country’s high inflation have rejected this new policy outright.

Unfortunately, for Iran, the situation is no less than being between the devil and the deep blue sea

Even though the mass demonstrations are directly linked with the recent increase in gasoline prices they are also steered by the common distress formed over the country’s ailing economy. For instance, the employment ratio is reducing as people are losing jobs, savings are drying up, and inflation is reaching beyond the towering figure of 40 percent.

This sad state of the Iranian economy owes much of its dismay to the US sanctions. Ever since the US unilaterally withdrawn from the 2015 Iran nuclear deal, it has imposed unjustifiable severe financial sanctions on Iran. These sanctions are taking a toll on the Iranian economy. As per the IMF, Iran’s economy will contract further by 9.5 percent in the current year all because of the adverse effect of the current US sanctions. Also, the Iranian rial has dived significantly against the dollar causing more troubles for Iran and its people.

The recent nationwide protests by the Iranians over fuel hike highlights one thing: both the government and the people have become desperate in front of the crippling US sanctions on its economy.

The worse is not over for Iran. On one hand, the Iranian economy is deeply hurt by sanctions that are biased; on the other hand, the sanctions-hit economy has shrunk the fiscal space of both the government and people. The decline in the living standards is the reason people are reacting to further price hikes by the government. Unfortunately, for Iran, the situation is no less than being between the devil and the deep blue sea.