Tobacco use in Pakistan 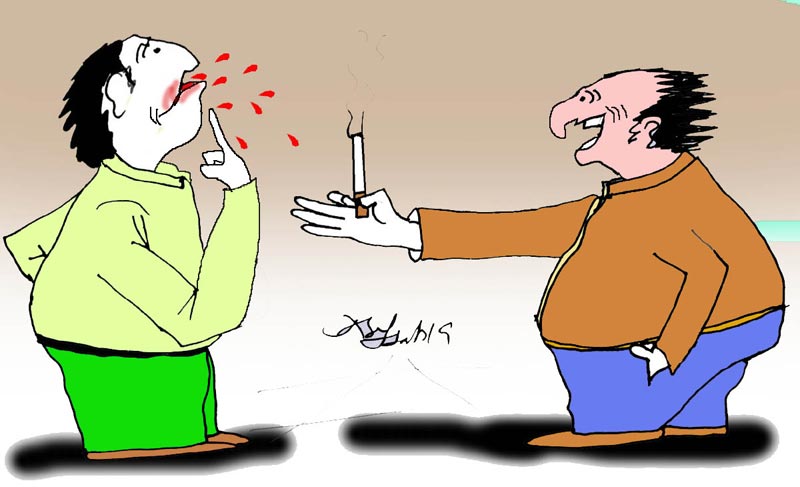 Sir: Tobacco use must be banned here in Pakistan now and safe lives of million smokers and gutka users as million. Moreover, all chewable tobacco should also be banned as we spend millions of rupees to import betel leaves and gutka.

Even low quality chalia is being imported from countries like India, Indonesia and others at a high cost. Just imagine, betel-nut and paan worth $64.7 million were imported last year. All these items are anti-hazardous and badly damage our longs, throat and mouth.

It is requested to authorities to look into this matter and put complete ban on such above mentioned items an save precious money.