Schoolboy seamer Naseem pitches up for unlikely debut in Australia 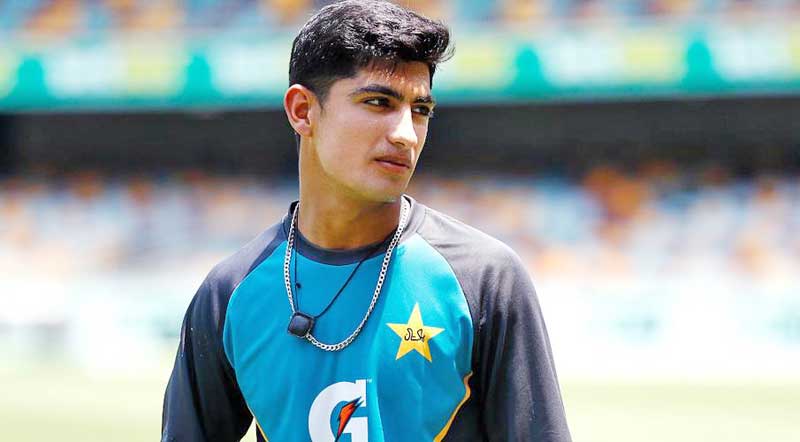 Teenage tearaways are part of the fabric of Pakistan cricket but schoolboy seamer Naseem Shah could redefine the term “wunderkind” if selected during the test series in Australia. The 16-year-old from Lower Dir district on the border of Afghanistan would eclipse former home captain Ian Craig as the youngest test debutant on Australian soil. Craig took the field as a 17-year-old against South Africa in 1953, scoring a half-century at the Melbourne Cricket Ground. Naseem, with only seven first class matches under his belt, is the youngest of three teenagers competing for a pace bowling slot in the opening match at the Gabba on Thursday.

Uncapped Muhammad Musa and another 19-year-old, Shaheen Afridi, who has three tests to his credit, are the other two jostling in a pace unit that also includes the more seasoned pair of Mohammad Abbas and Imran Khan. Coach Misbah-ul-Haq and his fellow selectors have been criticised by Pakistan media for placing too much expectation on such young shoulders, particularly against an ascendant team that thrives on home pitches. But the Pakistan staff believe boldness is key to transforming their seventh-ranked side into a global force. Gambling on youth has seen some of the nation’s emerging talents suffer bruising initiations in the past and ultimately end up left by the wayside.

Yet it has also unearthed a number of gems. Waqar Younis, the country’s second-highest test wicket-taker after Wasim Akram, made his 1989 debut against India in Karachi a day before his 18th birthday. He took four wickets in the first innings and went on to amass 373 victims in a career of 87 matches. Now Pakistan’s bowling coach, Waqar said Naseem reminded him of Australia’s fiery fast bowler Dennis Lillee. “He’s got a very similar action. He’s not as big as Dennis — Dennis was a big guy — but when he gets it right, he’s a handful,” Waqar told local media last week.

No baggage: Australia seamer Pat Cummins, who took a match-winning seven-wicket haul as an 18-year-old debutant against South Africa, said Naseem’s inexperience could work for him. “Sometimes that’s almost better, when you start off a little bit naive,” Cummins told reporters. “You just want to go out and bowl fast and not be clouded by the baggage of a few long days in the dirt.” Naseem is carrying a heavy burden of grief, however, following the death of his mother last week. He was offered the chance to head home but elected to stay with the Pakistan group to fulfil his family’s wishes for his career, team management said. After missing a day of the tour game against Australia A while on compassionate leave, he returned to the side and bowled eight overs, dismissing test opener Marcus Harris with a brutal, rising delivery.

With the Gabba usually serving up a fast and bouncy wicket, Naseem could hardly ask for a better pitch for his first test outing if handed a cap. Head coach Misbah says Naseem could be the tour’s “surprise package” but warned the 16-year-old not to get too carried away with the fire and brimstone against players of the calibre of master batsman Steve Smith. “Naseem is a fine bowler, a young bowler, but at the same time cricket discipline remains the same,” Misbah told reporters. “No matter how quick you are, I think if you execute your plans well, then you have a chance.”