The PTI government has been in office for almost a year and a half. Though this time is not long enough to start measuring the effects of any policy, it is indeed more than enough to see if the journey is in right direction and if it has even started. The government has rightly addressed the planning and policy aspects that may bring long-term solutions to problems. Unfortunately, our decision makers have been fond of short-term solutions and are declining to work especially on long-term steps. In 1960s, when some experts indicated that population growth in the country was at an alarming rate, their view was not taken seriously because the problem was forecasted to emerge in the long term. It should not be forgotten that long-term in nations’ timelines comes very early. So here we are after fifty years, with an extremely difficult situation regarding the ticking population bomb. 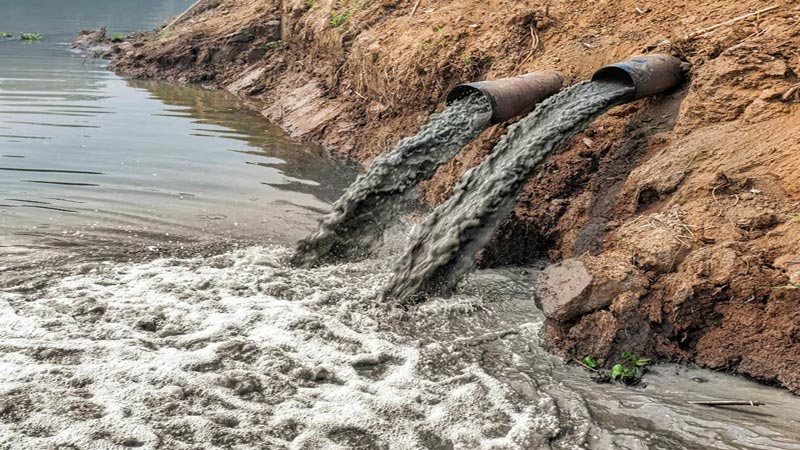 Similar has been the case with environmental issues. We contaminated our waters on the cost of immediate gains in industry, urbanisation and agriculture; the result is not only shortage of water but also non-availability of drinking water. We polluted the air we breathe with the smoke emitting from our vehicles, industries, houses and grain fields. Now we stand with our major cities and economic hubs choked, making living expensive and miserable.

We continued poisoning our neighbourhoods with all the solid waste we produced. Gradually, types and amounts of waste increased so much it was dumped in many of our open spaces, roadsides and even water bodies. The chief of Seattle said in 1854 that if the civilisation kept on polluting, they’d one day drown in their own waste in their own bed. Alas, this situation is not far for people in Pakistan. People are just trying to survive rather than live under self-created harsh environmental hazards. The small problems that were considered harmless are now posing serious threats to life because the unforeseen long-term has arrived.

It can rightly be feared that climate change would act as a catalyst when combined with our environmental pollution issues. Climate change as itself may be hugely harmful, but we should not forget that developed nations are seen to be least affected from it. Economic means to mitigate or combat climate change effects are not to give any credit; rather the lowest degree of environmental pollutants should be cheered. In our case, the environmental conditions would become just harsher and more unbearable when in contact with climate change. Smog in Lahore is just a simple but a very clear example. It is not a new phenomenon.

Queen Eleanor of England became so sick due to coal fumes she had to leave the city for the Nottingham Castle, leading King Edward, her son, to ban coal burning in the year 1306. The Muslim scholar, Ibn Khaldun, mentioned the deteriorating air quality in cities in year 1390 in his book Muqaddimah. In 1880, smoke was mentioned in some newspapers in England. Dr Henry Antoine Des Voeux coined the term ‘smog’ in his 1905 paper “Fog and Smoke”. The famous London smog of 1952 lasted for four days, resulting in deaths of four thousand people, with another eight thousand deaths in coming weeks.

Lahore is a major city and an economic engine of the Punjab province. It has been observed that with passage of time the city has lost its drinkable water; increased sales of bottled water area very clear indicator. It has ruined its River Ravi with wastewater. It has dumped its waste in open spaces, especially in the periphery of the city. We should expect that within the next decade the city’s inhabitants would have to pay a heavy price as cost of living in this city if they choose to.

In Pakistan, we may have very intelligent, creative and educated people; yet we are unable to solve our problems, especially the environment-related ones. Preparation of policies and plans has never been a problem, and our five-year development plans used to be a good example of that. Our main problem is related to prioritising our actions and implementing them.

Environmental issues can be dealt in three stages, i.e. pre-caution, mitigation and adaptation. Cost of these measures rise exponentially. Pre-caution is taken in order to avert a certain disaster due to conditions that may become uncontrollable in future. In case of the Lahore smog, it could have been planned urbanisation, industrialisation and introduction of better public transport systems in the city. Unfortunately, that stage has passed, and there is no way now to roll it back. Our only chance is to limit it, and perhaps decrease it with time through a better public transport network, increased public awareness and better control of industrial emissions. However, all these could be achieved in long term.

We contaminated our waters on the cost of immediate gains in industry, urbanisation and agriculture

We are now more at the mitigation stage where we are trying to ban open burning and praying for high winds. The cost of limiting mobility related and industrial activities is much higher than what would have been at pre-cautionary stage. Mitigation measures always seek higher financial investments, and rarely help to mitigate the problem completely. Sooner or later we would be landing in last stage where people would be left to live under miserable conditions.

Solutions are not working in our favour due to several factors. Our self-perceived high financial costs are to blame. However, it must be remembered that the great scholar from Harvard, Dr Michael Porter, is clearly proving since the last thirty years that any investment towards environmental improvement, in fact, stimulates the economic growth. While we hesitate to invest on improving our water, wastewater, solid waste and air pollution, we forget the income lost due to lost working hours of an unhealthy population, decreased efficiency and damage to infrastructure.

There is certainly no need to conduct new studies to valuate such impacts; many studies already exist. We love to do studies and highly intellectual sessions with every one claiming to be expert on everything. Our reflexes against any problem initiate a committee’s formation and hiring of advisers. Not a bad move if the advisers and committees have real experts on the matter, and they have any authority to implement the right decisions. Let us not try to solve all problems at the same time. Holistic and integrated approaches are good jargons, but work needs to be done on each and every single aspect with full dedication. Every section of a road has to be of a certain quality to declare the whole road a motorway.