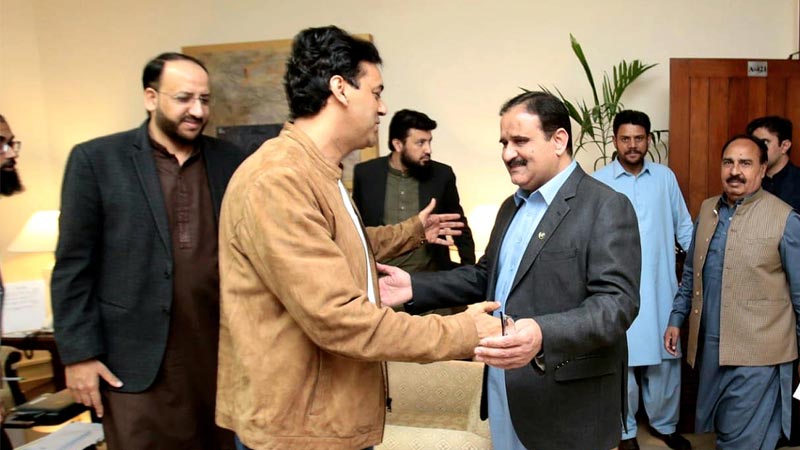 Punjab Chief Minister Sardar Usman Buzdar has said that precious time of the nation has been lost due to aimless protests and sit-ins and those elements which staged such protest on this sensitive occasion at Islamabad will never be forgiven by the nation. There is a dire need of showing unity and spreading uncalled unrest at this time is contrary to national interests, he added.

In a statement issued on Sunday, Usman Buzdar said that under the dynamic leadership of Prime Minister Imran Khan country is treading on the path of durable progress and stability and no one will be allowed to create hurdles in its path of progress and prosperity. Few elements do not want Pakistan to advance forward and move on the path of progress. Country does not need negative politics at this time rather stability, he maintained.

He said that the people of Pakistan have given five years mandate to PTI and PTI government will complete its tenure. There is a need to follow the path of wisdom rather showing irrationality and we will have to desist from negative politics for the sake of nation’s prosperity, he asserted. Country cannot progress by resorting to politics of chaos and the only path to progress is to create and ensure stability and unity among our ranks in the country.

The chief minister said that everyone will have to play his positive role for the progress and prosperity of our dear homeland. It is not at all reasonable to stage politics of protest keeping in view grave and serious situation prevalent in Occupied Kashmir. PTI government is bringing improvements and ease in the lives of Pakistani people while protesting elements are creating hurdles in transportation service by blocking roads and routes, he stated.

He said that everyone will have to keep in mind prioritizing national interests owing to internal and external challenges. The soil of our dear homeland demands unity and integrity in the prevailing conditions and it is unwise to resort to agitational politics and politics for the prosperity of people will only be accepted in Pakistan, he maintained.

Usman Buzdar said that 22 crore people of Pakistan by showing indifference to negative politics of protesting elements have shown them a mirror. Those indulging into politics of chaos and agitation failed before and will also meet with failure now. He said that country is treading on the path of stability and progress under the vibrant leadership of Prime Minister Imran Khan.

He said that by indulging into politics of protest under the prevailing circumstances amounts to making an attempt for stopping the journey of progress. PTI government will continue to provide public service to the people of Pakistan without caring for those elements which indulge into politics of unrest and protest, he added.

Kite flying: Chief Minister Usman Khan Buzdar on Sunday took stern notice of an accident where a man died when the twine of a kite slit his neck.

CM Buzdar directed the CPO Lahore to submit an immediate report on the matter and determine the perpetrators flying the kite.

The chief minister offered his condolences to the family and loved ones of the departed.

CM Buzdar expressing his anger on the incident said that those flying kites despite a ban on the activity was intolerable and those responsible will be punished severely.

Acting upon the orders relayed by the Chief Minister of Punjab, the Deputy Inspector General (DIG) dismissed SHO Mudassar Ullah and ordered SSP Mughalpura to complete investigations and submit a report on the matter as soon as possible.

Buzdar stated that the place where the incident occurred, their local police will be held responsible for failing to put an end to the banned activity.