All is hell in Kashmir

India says all is well in Kashmir, but when I contemplate about the current situation in Kashmir, a single phrase frantically screams in my mind and that is “all is hell in Kashmir”. Hell might still feel a bit better than what is happening over there in Kashmir. Hell is a place of sinners but to make a heavenly place such as Kashmir into a living hell by the Indian forces, is just an utter and complete violation of human rights by today’s standards. This hellish violation of human rights against the Muslims of Kashmir is not something that has just started recently but has become somewhat of a heinous ritual among the Indian forces and governments. The Indians still consider Kashmir a part of their country while providing no human rights at all and recently a huge wave of joy proliferated when the Indian government abolished Article 370 of the constitution that gave a measure of autonomy to the Muslim-majority Himalayan region had been signed by president and measure came into force “at once” thus making all the feuds against Pakistan over the many decades completely null and void. “How could India abolish such an integral act with such ease and no thought over why it had been with war with Pakistan” is the question that comes to mind and it explains only one thing – India is deliberately provoking Pakistan to strike first. 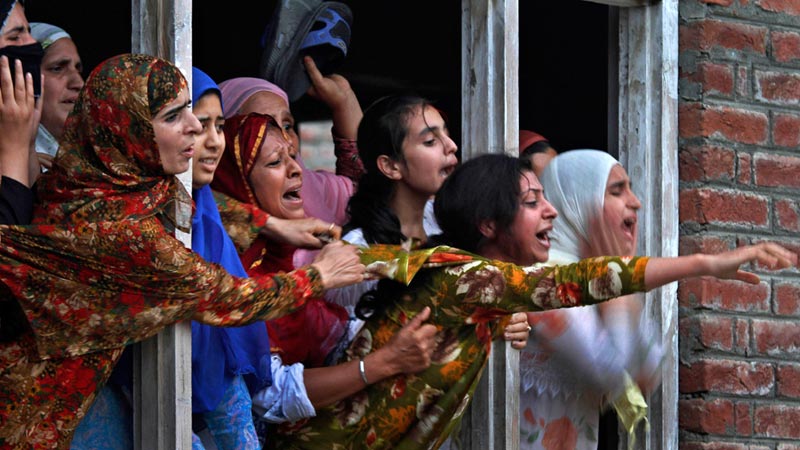 Human rights abuses in the Indian state of Jammu And Kashmir State are an ongoing issue. The abuses range from mass killings, enforced disappearances, torture, rape and sexual abuse to political repression and suppression of freedom of speech. The Indian Army, Central Reserve Police Force, Border Security Personnel and various separatist militant groups have been accused and held accountable for committing severe human rights abuses against Kashmiri civilians reminiscent to what the American forces over in Vietnam during the infamous Vietnam War, the scars from which can never be removed. With such policies the pain can heal over time but the scars always remain.

Crimes by militants are said to be incomparable with the larger scale abuse by Indian state forces. Some rights groups say more than 100,000 people have died since 1989 while the official figures from Indian sources state the estimates of number of civilians killed due to the pro-freedom movement are above 50,000 civilians allegedly mostly killed by Indian Armed Forces. India accuses the Pakistan Army for abusing human rights in Jammu and Kashmir by violating the ceasefire and continuing to kill Kashmiri civilians, a claim which is totally rejected by Pakistan who blames Indian army for the violation of LoC. Diplomatic cables obtained by WikiLeaks revealed that the ICRC had briefed US officials in Delhi in 2005 about the use of torture from 2002-2004 by security forces against hundreds of detainees suspected of being connected to or having information about militants.

Scholars state that India has committed a genocide of Kashmiri Muslims to subdue their revolt. In a 1993 report, Human Rights Watch stated that Indian security forces “assaulted civilians during search operations, tortured and summarily executed detainees in custody and murdered civilians in reprisal attacks”; according to the report, militants had also targeted civilians, but to a lesser extent than security forces. Rape was regularly used as a means to “punish and humiliate” communities.   The Indian Army claims that 97% of the reports about the human rights abuse have been found to be “fake or irrational” but The Indian army surely hides their teeth of brutality and carnage behind a mask of façade. Their true intentions are certainly to torment the ‘Muslim’ populace of Kashmir while enjoying complete freedom to do whatever they want to do by the United Nation and other world powers. It is to point out how the United Nation is overlooking the whole situation and turning their backs on such inhumane activities going over in Kashmir. The United Nation’s website does boast on about human rights stating as “Human rights are rights inherent to all human beings, regardless of race, sex, nationality, ethnicity, language, religion, or any other status. Human rights include the right to life and liberty, freedom from slavery and torture, freedom of opinion and expression, the right to work and education, and many more.  Everyone is entitled to these rights, without discrimination “, while completely overlooking all of these mentioned rights in the case of Kashmir. Such is the hypocritic nature of western powers and the United Nations when it comes to dealing with India and Kashmir. Surely India is seen as a major economic hub for many western and eastern countries and constitutes to 17.71 % of the total world population so the United Nations not intervening now can only highlight how weak of a body it is now – a global body that has been overwhelmed by the economy and the sheer number of people in a country just speaks of the incompetency of United Nations. However, when the United Nation does take notice of the situation it couples Pakistan in together with India for being responsible for the crisis in Kashmir to ease out the sting for India like once on 14 June 2018 for the first time ever UN human rights council released a report of 49 pages on human rights violations in Kashmir and accused both India and Pakistan on the issue. The report also urges to set up a COI to investigate the issue of human rights violations in Kashmir. Pakistan welcomed the step while India rejected, saying the report violates India’s sovereignty. Further India stated that facts in the report are not authentic and misleading, which just shows how much of this situation and the leniency by the United Nation towards India is being taken for granted by the Indian government. 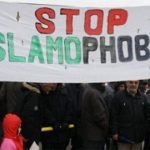