In the first-ever action taken by an international legal body on the Rohingya abuse, the pre-trial chamber of the International Criminal Court (ICC) has authorized prosecutors to lodge an official investigation into Myanmar’s systematic persecution of Rohingya Muslims which drove hundreds of thousands of Rohingya to neighboring Bangladesh.

While Myanmar is not a member of the global court and therefore falls outside its jurisdiction, the Court said that it exercises jurisdiction over crimes that were partly committed in Bangladesh, which happens to be a state party of the ICC.

A few days prior to this decision, Gambia, on behalf of the Organization of Islamic Cooperation, submitted a 46-page application filing a case against Myanmar at the International Court of Justice (ICJ) for alleged genocide and mass murder of the Rohingya in Rakhine state. The application is being supported by 57 other Muslim states, also members of the Organization of the Islamic Cooperation, which includes Pakistan, Bangladesh, Yemen, and Turkey. 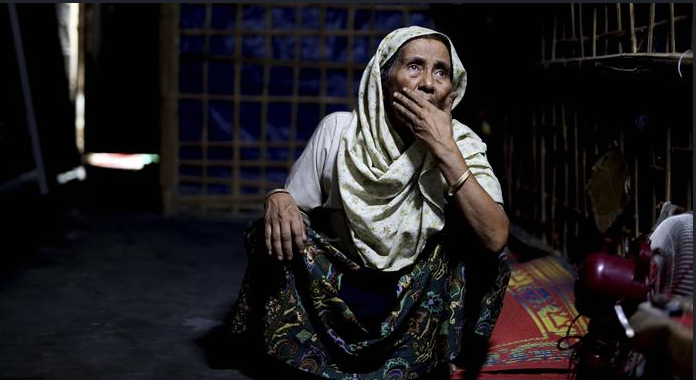 Following a military crackdown in 2017, over 700,000 Rohingya Muslims fled Rakhine State to neighboring Bangladesh in an attempt to escape what the UN High Commissioner for Human Rights described as a “textbook example of ethnic cleansing”.

According to various reports, the Burmese military committed a mass murder of an undetermined number of Rohingya men, women and children; tortured, raped and inflicted other forms of sexual violence upon Rohingya girls and women; and burned hundreds of Rohingya villages.

Last year, an independent United Nations Independent Fact-Finding Mission on Myanmar released a report detailing that there was sufficient evidence to warrant investigation and prosecution of various senior officials of the Myanmar military for genocide and crimes against humanity for their abuse against the Rohingya.

In a released statement, the International Criminal Court said that there is sufficient ground to believe that systematic acts of violence may have been committed on grounds of ethnicity or religion which forcibly displaced 600,000 to one million Rohingya from Myanmar to Bangladesh and resulted in widespread persecutions. The Chamber accepted that these acts could potentially qualify as crimes against humanity.

After years of bloodshed and impunity for the perpetrators of Rohingya abuse, this investigation lays the ground for holding the criminals accountable who committed appalling acts of violence against Rohingya men, women and children. However, in order to proceed with the case, cooperation would be needed from the Myanmar government, currently led by its de-facto leader Aung San Suu Kyi, to be able to freely conduct on-ground investigations and to hand over any potential suspects in the near future. Therefore, the first essential step would be for the United Nations Security Council to refer Myanmar to the court for full proceedings to start.

The decision of the International Criminal Court to launch an investigation into the Rohingya crisis following the application of Gambia at the International Court of Justice against Myanmar is an indication that international justice may finally be served for the horrific crimes committed against the Rohingya. While the ICJ mainly deals with issues between States, the ICC focuses instead on individual responsibility for the worst forms of crimes against humanity. This means that the investigation could potentially be followed by an arrest warrant issued against Myanmar’s military generals for the crimes committed against the Rohingya.

According to its recent statement, the Chamber has granted permission to the Office of the Prosecutor to start collecting necessary evidence for the investigation from reliable sources, independently, impartially, and objectively, taking as long as needed to gather all required evidence. “If sufficient evidence would be collected to establish that specific individuals bear criminal responsibility, the Prosecutor would then request Judges of Pre-Trial Chamber III to issue either summonses to appear or warrants of arrest”, it said.

The investigation is the start of a long-overdue international legal action against the perpetrators of Rohingya violence who have been enjoying absolute impunity for over two years, a stepping stone into the realization of international justice for the persecuted Rohingya.

The writer is a lawyer and human rights researcher based in Belgium, specializing in international human rights law.