On November 9, 2019, the world witnessed a historic moment. It was the day of inauguration of Kartarpur corridor to facilitate Sikhs from all over the world to visit the final resting place of Guru Nanak. To Sikh community, it was an awaiting moment for the last 70 years and, at last, they had an opportunity to celebrate the long-awaited occasion. The community of the world, who wants to see peace prevailing on the antagonized borders, applauded the goodwill gesture of Pakistan.

People from the Eastern and Western Punjab has every right to commemorate the occasion. It will promote harmony among the two different religious communities; Muslims and Sikhs. Kartarpur will have an opportunity to develop economically and will open new vistas for the business community of our Punjab.

Nevertheless, it fanned a discussion among the unhappy lot of our other provinces, asking why is it Punjab only to have this facility? The other day, we heard some aggrieved voices in the Sindh Provincial Assembly against not opening the Khokhrapar to accommodate the people of Sindh. We have a significant minority of Hindu community in Sindh who have their cultural and filial ties in the other side of the border. Moreover, the opening of the border will create an economic corridor, that is needed direly, for the business community of Sindh.

The government of Nawaz Sharif also showed interest to open Khokhrapar -Munabao trade route. Munabao is a village in the Barmer District in Rajasthan bordering with Pakistan. Kartarpur and Munabao are at a distance of 322 kilometers from each other. Khawaja Saad Rafiq, then the Federal Minister of Railway, had announced to open the trade route. However, the Ministry of Commerce mulled the decision.

Before1965 Indo-Pak war, goods trains used to run between Jodhpur and Karachi. We had steady business relations between Sindh and Marwar. After the war, this rail route, between Munabao and Khokhrapar, was closed. Nevertheless, with the revival of Thar Express; the rail route of Munabao- Khokhrapar, the demand for revival of Munabao-Khokhrapar trade route has gained momentum, and it needs the immediate attention of our Commerce Ministry.

We have disgruntled voices from our Pashtun community as well for having severe problems on Pak Afghan border. The Chaman border earned $ 3 billion for Pakistan in 2016, but for not having the stable policies we lost our chicken and cement market to India and Iran respectively. Rizwan Asif, a Pakistani journalist, scribed in his September 24, 2019 article in the Express Tribune, ” according to Pakistani valuation framework the value comes to $ 44.4 billion” on Afghan Transit route. The route also affects the Pakistan economy in terms of smuggling and non-cooperation of the Afghan government is also a significant concern for our law enforcing agencies.

Instead of opening up the world, the globalization has enkindled agoraphobia as people with the advent of internet technology attract others who share their values and postulations about the world

This problem could be solved by the brainstorming with the local traders of our side to improve our trade and to compete with our rivals in trade in Afghanistan, and it also needs stringent efforts to bridle the unbridled custom officials who are minting money. Is it difficult for a state to mend the structural flaws? Moreover, two crucial borders; Khokrapar and Afghan Pak Transit Route, in terms of trade, remain the focus of our strategic concerns and trade is not the priority on the borders mentioned above.

It is for the first time that Pakistan opened its border, with eastern Punjab, for trade. Notwithstanding, the allegations of some segment of the Indian press that sees it as a strategic move to fan the hibernating Khalistan movement, the apprehension is hyperbole. Prime Minister Modi took four months to reciprocate the decision of government of Pakistan to open the Kartarpur corridor. That suggests he had had his homework concerning all the paraphernalia needed to move ahead with the decision. Moreover, the saner element in India accoladed this opening as an ‘opening of peace’ in the region. It must be looked as the business opportunity for our Punjab.

The concerns of other provinces are genuine since the traders of those provinces want to trade with our neighboring countries and it should not be taken as heart burning or anti-national stance. If our echelons think that a moment is not ripe now to have the same facilities on other corridors, then the people of those provinces must be taken into confidence.

Moreover, the free economy, in the span of globalization, caused the fear of others. Now people want walls against the cheap labor or the alien faces or one might call “them.” Instead of opening up the world, the globalization has enkindled agoraphobia as people with the advent of internet technology attract others who share their values and postulations about the world.

In this scenario, where globalization is failing, the bilateral trade can bring boom and peace in our poverty-stricken region where people do share the cultural values and have a shared past. The trade also initiates negotiations on the disputes if any. 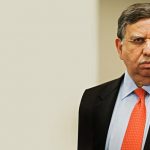