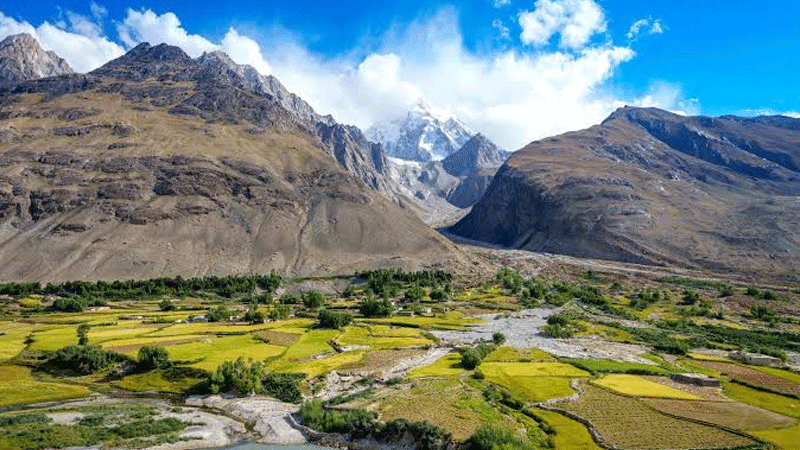 The Islamic Republic of Pakistan plays a key role in South and Central Asian Geopolitics, reasons for which can be drawn from its ever-growing enormous population, varying and unique geo-climate riddled with a large plethora of natural resources, weaponized nuclear state and much more. On the whole Pakistan is an important country on the world map in terms of its location and the natural resources that it possesses. However, much of its energies and resources are focused on deterrence of Indian aggression and countering Indian influence in every sphere possible. This has rendered Pakistan’s own foreign policy tools ineffective in the sense that Pakistan has failed to assert its own hegemony in the region, in the Muslim world, and in the wider world.

In the changing dynamics of global architecture, hiding in plain sight,”The Wakhan Corridor” is one such region which if properly developed and administered by mutual cooperation between its players can work wonders for Pakistan as a transit economy, generating multitude of jobs, bringing in foreign revenue and most importantly improving the infrastructure development in the specified regions.

The Durand Line agreement of 1893 between Sir Motmir Durand and Charles Napier, marked the boundary between British India and Afghanistan, leaving a narrow strip of land ruled by Afghanistan as a buffer between the two empires, which became known as the Wakhan Corridor. Inhabited by almost 12000 people, the geography of the region is mostly characterized by rugged and steep mountains, with a semi-arid climate, cut off from all the developments and events of the modern world due to the lack of technology and infrastructure

So how is such a barren, inhospitable and rugged region of any use to Pakistan or its neighbors? The answer lies in geo-strategical analysis of this location. With its border with China and the landlocked, mineral rich Central Asian regions, Wakhan can act as the perfect transit route for the trade of those resources, manoeuvring through Pakistan and China. According to recent statistics CAR’s and Azerbaijan possess 7.5 trillion cu.meters of gas, Kazakhstan holds 22 million barrels of oil while Turkmenistan alone holds 37 billion of oil and 60-80 billion cu.meters of gas in its arsenal.

Furthermore, Afghanistan itself is among one of the largest gas and copper producers in the global market.

The purpose of OPEC is to “coordinate and unify the petroleum policies of its Member Countries and ensure the stabilization of oil markets in order to secure an efficient, economic and regular supply of petroleum to consumers, a steady income to producers and a fair return on capital for those investing in the petroleum industry.”

Much like the OPEC, the unification of all major South-Asian players through development of such strategic corridors could massively influence the economic, social and political outlook of not only the participating players but also the global world, as a multitude of natural resources would now be imported and exported through one major hub.

Therefore, the Wakhan region, if properly utilized along with the opening of the Wakhjir pass could possibly open an era of progress and prosperity.

The foremost advantage of connecting the bordering countries and facilitating economic integration through better infrastructure would lead to more stability and security in the region. Better customs controls and the deployment of border guards, as well as control of the illegal cross-border trafficking, would encourage legal exchange and cooperation.

Indirectly, the integration of the border areas would strengthen local development and lead to an increase in the economic well-being of the local population, which would lead to more secure and stabilized border regions.

Secondly, the trade routes constructed through Wakhan ,if connected to CPEC and the Karakorum Highway would provide a much cheaper and easier trade route for Pakistan to access the mineral rich Central Asian regions, traversing Afghanistan through the shortest possible route whilst allowing Tajikistan to access Pakistan’s seaports in Karachi and Gwadar, thus creating not only a north-south corridor but also an east- west corridor and will be the least costly trade route between China, Afghanistan, Tajikistan and Pakistan compared to the current alternatives, should the four countries agree to transform this land buffer into a bridge between them. This will also allow Pakistan to join the China-Eurasian economic corridor, thus transforming the economic outlook of the entire region.

With the inauguration of the Kartarpur Corridor by Prime Minister Imran Khan, a positive step towards reconciliation and peace amidst the region has been taken. Different foreign strategies could be implemented to make this area functional, but Pakistan has other pressing issues at hand that require immediate attention.

Until then, it should primarily focus on improving bilateral trade relations with China, generate employment and revenue to attract investors and multi-nationals, bring an end to wide spread corruption and tax evasion and lastly stabilize its political system by strengthening its judiciary to promote a positive image to uplift its international position.
All the three sides should freely encourage each other to point out their red lines. If these red lines or concerns are not logical, they should be discussed. Some red lines are not negotiable but others stem from miscommunication or misunderstanding rather than reality.Until these doors open and all such misconceptions resolved, the Wakhan and its people will probably remain cloistered in their world of wind and ice, as they have for centuries.Let us move forward with strong and active faith.