Naegleria takes another life in Karachi, toll rises to 16

Naegleria has claimed another life in Karachi on Monday. This was the 16th death reported in in the ongoing year because of the disease.

According to details, 28-year-old Wakeel Khan a resident of New Karachi area was brought to a private clinic four days ago where he died of the disease during treatment. 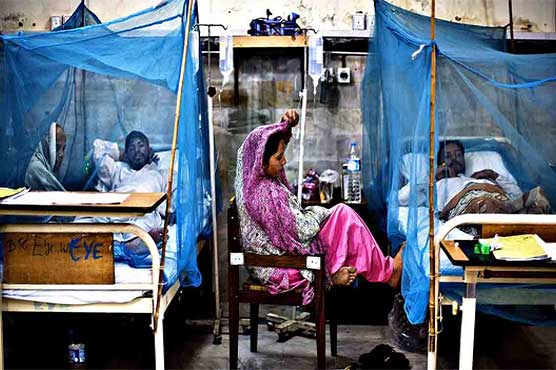 According to the researchers, Naegleria has a fatality rate of more than 98 percent. It is transmitted when contaminated water enters the body through the nose and cannot be passed person-to-person.

The amoeba travels from the nasal membranes to the brain. Symptoms are initially very mild, including a headache, stiff neck, fever and stomach pain. Death usually occurs five to seven days after infection.

Naegleria fowleri is a microscopic amoeba which is a single-celled living organism. It can cause a rare and devastating infection of the brain called primary amebic meningoencephalitis (PAM). The amoeba is commonly found in warm freshwater such as lakes, rivers, ponds and canals.

Infections can happen when contaminated water enters the body through the nose. Once the amoeba enters the nose, it travels to the brain where it causes PAM (which destroys brain tissue) and is usually fatal. Infections usually occur when it is hot for prolonged periods of time, which results in higher water temperatures and lower water levels.