* Celebrating the rich relationship between music and wedding festivities in our part of the world, 'Mubarik Mubarik' comes to us in the unique hues of the Baloch culture 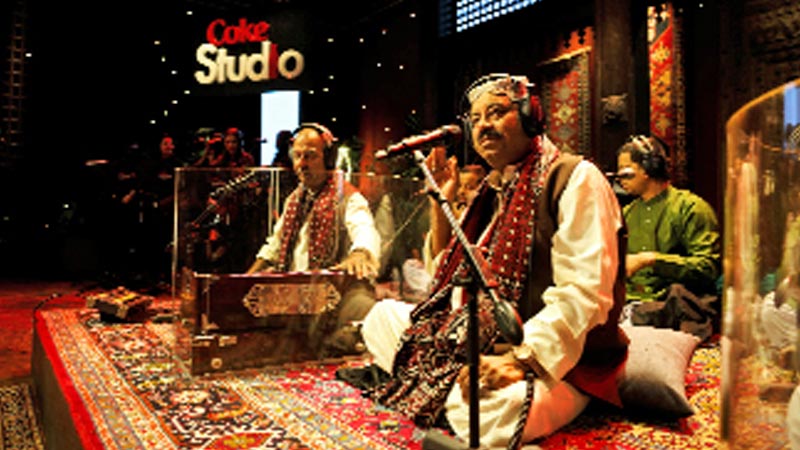 Revisiting the heartache of a loss experienced years ago, Umair Jaswal brings Chal Raha Hoon to Coke Studio Season 12. Written during Umair’s university years, Chal Raha Hoon is a song that flows between grief and hope, speaking of the darkness that follows the end of a relationship. Umair counts the distances that have come between him and the person he loves, sings of the sunlight burning his wounds, declaring that the days have turned to ash. These words are interwoven with resilience: “chalrahahoon” (I am walking onwards), Umair keeps reminding himself. Hidden in Chal Raha Hoon are the lessons that Umair learnt from the experience that inspired it – that life does move on, the sun keeps shining, and one’s pain becomes a source of growth and artistic inspiration. Reaching his audiences eight years after it was first written, Chal Raha Hoon signifies a new direction for Umair, of sharing music with the world that is more personal and comes from a place of vulnerability and honesty. On Coke Studio, Chal Raha Hoon find its voice as a rock ballad, with a musical arrangement designed to complement the shifting mood of its words.

Celebrating the rich relationship between music and wedding festivities in our part of the world, “Mubarik Mubarik” comes to us in the unique hues of the Baloch culture. The lyrics are simple and heartfelt and a mix of two aspects of Balochi poetry and music: haalo and naazek. A song of celebration, the naazek aspect of Mubarik Mubarik praises and celebrates the bride and bridegroom on their wedding day. The song also lives within the haalo genre of Balochi poetry, wherein the word haalo is repeated several times and means ‘come’, inviting listeners to join the festivities. Musically, the song also includes a zahirok, which is the Balochi counterpart of Eastern Classical raags and forms the basis of Balochi music. In Mubarik Mubarik, the sar baney zahirok has been used, which has been named after the cameleers who used to sing this, as they travelled through hills and mountains, vocalizing notes to match the gait of their camels’ footsteps. The song is a collaboration between Banur’s Band and Atif Aslam, who joins in on the celebration, adding Punjabi lyrics to the song. Singing in the Balochi Kechi dialect, SM Baloch brings his earthy tone and open free-flowing vocals to the track. A result of extensive research and careful thought on the traditions of Balochi music by the minds behind Banur’s Band, the song is an attempt to create something that showcases Baloch culture, while adding contemporary colours to the mix.

Presenting the story of mankind’s innate connection to music are Fareed Ayaz and Abu Muhammad with Aadam, a composition by Hazrat Amir Khusrow that has been handed down to them through Sufi tradition. The piece, as presented by the duo, brings together three couplets and two taranas expressing the legacy of music in the Sufi tradition as well as the collective human inheritance

Presenting the story of mankind’s innate connection to music are Fareed Ayaz and Abu Muhammad with Aadam, a composition by Hazrat Amir Khusrow that has been handed down to them through Sufi tradition. The piece, as presented by the duo, brings together three couplets and two taranas expressing the legacy of music in the Sufi tradition as well as the collective human inheritance. The first couplet narrates the incident of Hazrat Aadam’s creation, as told by Khusrow, presenting music as humankind’s Divine inheritance and an integral part of our story in the Divine Order. It is joined by two other couplets, celebrating the Sufi Chishti Order’s religious practice of using music as a vessel to gain connection with the Divine, and recalling the famed musical gatherings of Hazrat Nizamuddin Auliya. A piece that follows its own ebb and flow, Aadam is presented by Coke Studio with Fareed Ayaz and Abu Muhammad at the helm, leading the rise and fall of this composition as it climbs towards its crescendo. 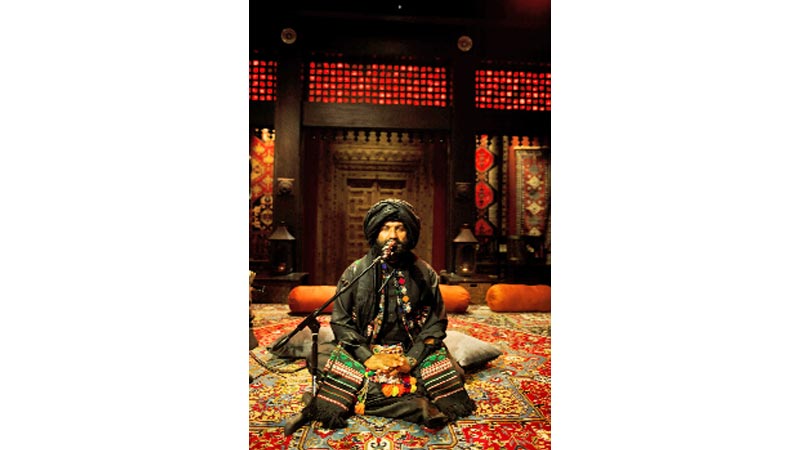 The qawwali ensemble of Fareed Ayaz & Abu Muhammad, returns this season with their signature genre that speaks of a domain beyond the material. Fareed Ayaz & Abu Muhammad are descendants of the Qawwal-Bachcha gharana of Delhi, tracing their lineage back to Mian Samad bin Ibrahim who was a disciple of Hazrat Amir Khushrow. The ensemble represents a scholarly tradition of nearly 700 years and consider it their sacred duty to preserve the principles and traditions of the qawwali. In this mission, they have performed and spread the message of the qawwali in seventy countries, and have been credited with bringing this classical tradition to the youth and revitalizing it in the country on a mainstream level. Wherever they perform, they offer the knowledge that has been passed down to them, a knowledge that speaks of ‘Divine and the Ultimate Truth’.

The rock star with the unmistakable growl, Umair Jaswal returns to Coke Studio with a ballad that is deeply personal to him – signifying a new phase of his career where he shares more personal music with the world. Hailing from Islamabad, Umair Jaswal is someone whose name is one of the first to come to mind when one thinks of rock music in Pakistan. Former front man of the rock ensemble Qayaas, Umair is an artist who likes to play with the boundaries of what it is to be a rock musician in Pakistan and, in this process, has created a niche of his own. Vocally, the singer’s range is layered – Jaswal’s ability to belt out powerhouse vocals in true rock form is easily transformed into deep, husky textures for softer ballads. Umair has won multiple accolades and has featured on soundtracks for both film and television. A multi-talented performer, Umair has also worked as an actor in Mor Mahal and Yalghaar. After a short hiatus, Umair is set to return with his debut album, offering an intimate look into the singer’s life and featuring music and tonalities that showcase a softer side of him.

This season, Coke Studio welcomes Banur’s Band to the stage, bringing with them three stories of dedication to music. The band is the brainchild of Usman Liaqat, who began his pursuit of the craft in his teenage years. This pursuit was one that led to days and nights dedicated to the study of music. Today, Usman runs a studio in Quetta and travels as a session musician all over Pakistan.

Surrounded by music growing up, Chakar Baloch developed an innate relationship with melody. As a young child, he developed the desire to play the benjo — a wish that became a reality two decades later. In spite of societal pressure to pursue a more conservative path, Chakar was determined and picked up on musical techniques by observing and listening. Eventually trained by his uncle, Chakar uses his academic background to study Balochi musical tradition, infusing his knowledge into the music he creates. Chakar and Usman came together during a song recording and have since then, worked together, driven by their mutual desire to learn and experiment with Balochi music.

The third component to the magic is SM Baloch, an uncle of Chakar’s. Though he did grow up singing, out of obedience towards his family’s values, he never pursued it seriously. However, over time, Baloch met with musicians who encouraged him to pursue his gift. On a chance visit to see Chakar in Quetta, Baloch met Usman, who was instantly in awe of his singing prowess — and so, Banur’s Band was born. Today, Coke Studio becomes a part of the journey that these three musicians share.

This season, Atif Aslam brings an experimentation of ambient and introspective discovery to the canvas of Coke Studio; once again exploring the melodies hidden in his voice and showcasing his versatility with genres that are new to his repertoire. For Atif, it all began with a song which pulled him under the spotlight- Aadat. The song created the trajectory that would soon become his career. Atif’s musical journey began when he first started to experiment with his voice while he was alone in his family home in Lahore. This led to a pursuit of his craft that presented itself in college activities. Since then, Atif’s name has been considered as the embodiment of a unique brand of vocal prowess. With international tours constantly lined up, 3 albums to his name, multiple Bollywood singles, several international collaborations and a fan reach that spans across the globe, Atif has solidified his place as one of the predominant voices in the subcontinent today.