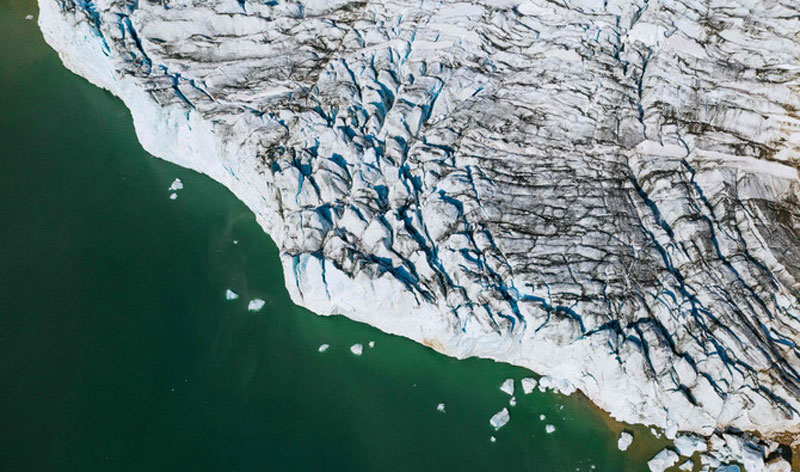 Arrhenius was right. Little needs to be said about the state we find ourselves in. We can continue on our present course, apathetically letting the world go over the edge, or we can try in vain to slow or stop the momentum of 200 years of industry. These are both unthinkable however, and thus we must choose the third option: adaptation. If we’re willing to commit to the task at hand, then humanity may pursue prosperity in a completely different paradigm.

We live in a world that is never far from the brink, a world where, unfortunately, constant action is the only thing keeping many potential cataclysms at bay. Such tireless efforts are not always enough, and many challenges require even greater attention. Such is the case with climate change.

People around the world are plagued by the influences of changing climate. It affects everybody, everywhere. “One Planet Summit” in Paris, went to by different heads of states, to exhibit their help for quickened worldwide endeavors to battle environmental change and to deal with on the most proficient method to back the progress to a low-carbon economy is, in this sense, a positive development for atmosphere equity and environmental change alleviation development. Atmosphere equity, at the end of the day, attests the privileges of unborn ages to sustainable assets, a steady atmosphere and a sound planet. The development additionally features the way that rich countries are overwhelmingly to fault for causing environmental change, however that poor ones have been the first to adapt to its effects.

The 1992 UN Framework Convention on Climate Change (UNFCCC) perceived that disparity, announcing that developed nations bear a bigger duty regarding settling the issue. After climate justice “summit” in The Hague in 2000, a coalition of worldwide non-legislative associations (NGOs) – which assume a pivotal part in diverting grassroots activism – received 27 principles. These incorporated the privilege to not endure environmental change impacts, a ban on new petroleum product investigation, access to reasonable and maintainable vitality, the idea that rich countries and industry owe humankind a “ecological obligation”. These thoughts gradually floated from the edges toward the focal point of formal UN transactions – lastly into the preface of the 2015 Paris Agreement, the 196-country bargain that charges the world to top an unnatural weather change at “well under” two degrees Celsius (3.6 degrees Fahrenheit).

The Paris Agreement “recognizes the importance… of addressing loss and damage” caused by climate change, and set up a mechanism to do so. At the same time, however, this provision “does not involve or provide a basis for any liability or compensation,” according to a “decision” annexed to the treaty. This does not mean that rich nations are off the hook. As some island nations literally sink beneath rising seas, pressure is mounting for a clear commitment for the rescue of climate-damaged economies and societies.

The Paris Agreement is historic yet conflicting. It accomplished well beyond what was considered politically conceivable – yet it ceased to stop perilous environmental change. In the Paris Agreement, nations consented to seek after endeavors to confine warming to 1.5C, yet it doesn’t unequivocally utilize the words ‘fossil fuels’ all through the whole document, nor does it contain any legally binding commitments for robust environmental recuperation steps.

Furthermore, rich, dirtying nations, such as US, India etc., have intentionally maintained a strategic distance from the subject of obligation and pay for atmosphere harms. In this context, governments should be held to their own particular confirmed trustee and established duties to their natives to secure basic common assets for the advantage of all present and who and what is to come, and to seek after risk for non-renewable energy source partnerships. The significance of such endeavors by governments could be expressly perceived and effectively energized in the worldwide atmosphere administration, similarly as it is in the universal tobacco administration.

A cohesive policy needs to be devised to regulate the role that the P5, T-20s and many more have to play to circumvent this tide of dissolution. A fund, under the mandate of the World Bank, supervised by officials from each country, could be set up where each nation contributes in accordance with their GDP and current socio-economic conditions. Officials would analyze the environmental index of each country and aid would hence be distributed accordingly, thus ensuring that developing countries do not have to bear the brunt of damage caused by the wrong-doings of these very developed countries.

Time is of the essence and without any move to legal acknowledgment and implementation of sovereign administrative commitments to secure shared common assets, including a sustainable environment, sea and atmosphere framework, as per the best accessible science, and private obligation, authoritative and official activity on the worldwide household and global levels will stay as insufficient later on as it has been previously. This raises questions regarding damage and responsibility in national jurisdictions, and thus climate justice as Shakespeare rightly said ‘The fault, dear Brutus, lies not within the stars, but in ourselves, that we are the underlings.’