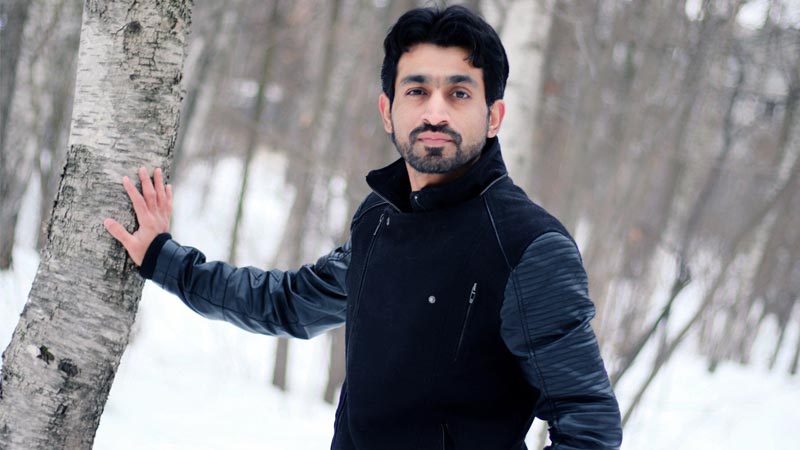 Balochistan has been known as the province of chaos. Ever since Partition, the ex-princely state struggled with central governments of many eras, wreaking riots and insurgence. While this had been going on, Balochi community suffered the most. They were robbed of opportunities that an average Pakistani would get. It is difficult for a Balochi to be equal as an average Pakistani. Among all of this rubble of hardships, rose Chiragh Baloch, a digital entrepreneur, whose projects are representing the Balochi community in this dire situation of our country. He is also a YouTuber, a musician, and an actor.

Originally from Pasni, Balochistan, Chiragh Baloch completed his masters in Information Technology from Moscow, Russia. Knowing the situation he was accustomed to, he knew he wanted to do something big, not for himself, but for his Balochi community. His start-ups, VshGap messenger and Baloch Tech are two of his successful contributions. VshGap is your traditional messenger app, but it works without needing to register your phone number, while Baloch Tech is a website that caters to the customers on their software and web-development needs. He held Baloch Tech Vision at Sindh Boys Scout in Karachi in 2017, which served as a platform to young Balochi minds, preparing and mentoring them for their dreams in tech industry.

He and his team at Baloch Host, another one of his projects, developed the stickers of WhatsApp messenger for Balochi community. In this era of exclusivity, it is fortunate to know that people like Chiragh Baloch are there to represent their community. He has his own show ‘The Chiragh Baloch Show’ that features on his YouTube channel. The purpose of that show is to showcase Balochi artists, actors and singers. To showcase their art and talent to the entire world. The Balochis are fortunate to have someone like Chiragh, who is constantly trying to change the image of Balochis to the mainstream media.

He is an inspiration to many other Balochis. One of them is Anita Jalil Baloch, Gwadar’s first female vlogger, who is redefining the gender roles of the society. Anita wants to portray a truer version of Gwadar in her vlogs and hopes to change the perspective held by mainstream media about Gwadar through her vlogs. On her inspiration, she said “I shared this idea with Chiragh Baloch who is a blogger too. I was greatly inspired by him and was a fan. He gave me some basic guidelines related to blogging and the rest is history. Today, I have more subscribers than Chiragh himself.” Chiragh serves as a chiragh for us, by letting us know that if you want to achieve something, you can, no matter the circumstances. He led the example by achieving all of this, while belonging from Balochistan.

The writer can be reached at khan.niha098@gmail.com