* Starring actors Linda Hamilton, Arnold Schwarzenneger, Mackenzie Davis and Natalia Reyes as the lead, the film is rightly justified as a science-fiction 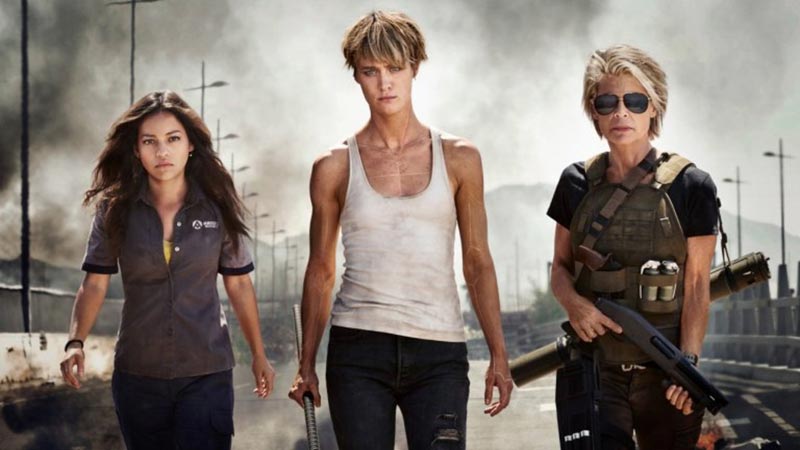 ‘Terminator – The Dark Fate’ has been produced by filmmaker and environmentalist James Cameron and directed by Tom Miller.

It falls in the genre of action, adventure and sci-fi. Rated at 6.6/10 it has a runtime of 2 hours and 8 minutes. Distributed by Paramount pictures and 20th century fox, it hit the cinemas on November 1st 2019.

Starring actors Linda Hamilton, Arnold Schwarzenneger, Mackenzie Davis and Natalia Reyes as the lead, the film is rightly justified as a science-fiction.

The opening dialogue is powerful and convinces the audience that the film will have a strong storyline and deliver with great finesse and will hold the interest of the audience. And I quote, “There once was a future where humankind was hunted. A future without hope. That future never happened because I stopped it to save us all. Once I saved 3 billion lives but I couldn’t save my son. The machine took him from me and I am terminator 12 years later.”

However, as the film takes a turn after the first 40 minutes the viewer cannot but help wondering when the film is going to end. As fast paced and exciting as the first half of the film was the rest of the film was exaggerated and tiresome to watch as one was just constantly looking at the watch wanting the film to end.

The fight between the terminator and humans is packed with action and who wins at the end is a question that will be answered upon watching the film.

Grace, Carl, Sarah and Dani form a group to eliminate the terminator. Grace was from the future 2020. Dani, a human is the target of the terminator, Carl was once a terminator and Sarah wants revenge for her son’s death which happened at the hands of the machine.

Grace feels indebted to protect Dani because of the bond they share. Now what the bond was I will not reveal. A little suspense won’t kill us all and the film Terminator: The Dark Fate is a treat for all sci fi lovers even though the cinematography and direction may appear contrived and at times comical! Despite the gravity of the film, one cannot help but laugh at some of the scenes which seem more hilarious than heavy and grim.

The opening dialogue is powerful and convinces the audience that the film will have a strong storyline and deliver with great finesse and will hold the interest of the audience. And I quote, ‘There once was a future where humankind was hunted. A future without hope. That future never happened because I stopped it to save us all’

“Terminator: The Dark Fate is a movie designed to impress you with its scale and visual effects but it is also afilm that returns in good and gratifying ways, to a smartly packaged low ground genre thriller classicism that gave the original Terminator its kick. The new movie earns its lavish action, no matter how lavishly baroque its end of days vision, its storytelling remains tethered to the earth.” 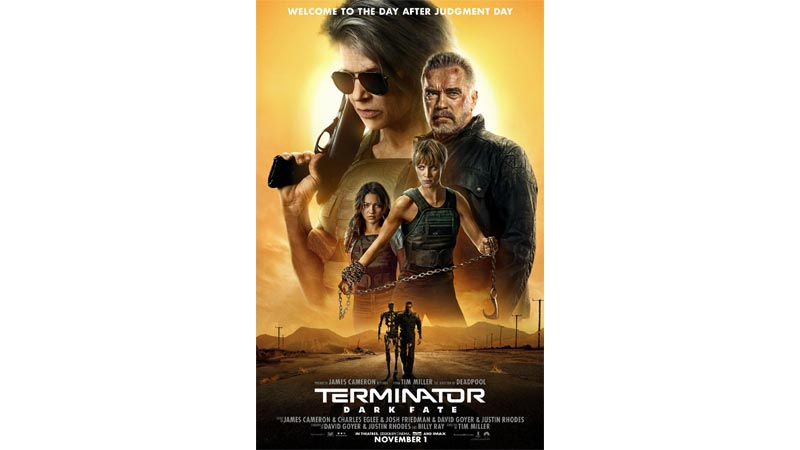 For all those who are fans of action sci-fi should definitely watch it!

It is the sixth instalment in the Terminator franchise and a direct sequel to The Terminator (1984) and Terminator 2: Judgment Day (1991), while Cameron described Terminator 3: Rise of the Machines (2003), Terminator Salvation (2009), Terminator Genisys (2015), and the television series Terminator: The Sarah Connor Chronicles (2008-2009) as occurring in alternate timelines.

The film stars Linda Hamilton returning in her role of Sarah Connor and Arnold Schwarzenegger reprising his role as a T-800 “Terminator”, reuniting the actors after 28 years. The cast includes Mackenzie Davis, Natalia Reyes, and Gabriel Luna as new characters. Set 25 years after the events of Terminator 2, the film sees the machines sending an advanced Terminator (Luna), designated Rev-9, back in time to 2020 to eliminate Dani Ramos (Reyes), whose fate is connected to the future. The Resistance also send Grace (Davis), an augmented soldier, back in time to defend Dani, while they are joined by Sarah Connor (Hamilton) and an aging T-800 Terminator (Schwarzenegger).

Filming for Terminator: Dark Fate took place from June to November 2018 in Hungary, Spain, and the United States. Distributed by Paramount Pictures in North America and 20th Century Fox in other territories, the film was theatrically released in the United States on November 1, 2019. It received mixed reviews from critics, though some considered it an improvement over the last three films. It has also struggled in the box office following a disappointing opening weekend, recouping only $130 million.