The politics of aesthetics Chaos

Art consist of fresh illusions, while truth consist of stale illusions, illusions so worn with use that they have come with time to be accepted as the rock bottom fact of the universe. Since the victory of neo-liberal capitalism, the social construction of reality was taken onboard by the western media with the objective of educating masses across the globe. The neo-liberal myths were transformed into social and political reality in an aesthetical way to divert masses from ideological politics. Today, the so-called constructed neo-liberal realities are crumbling as the angry masses have taken the streets in different regions across the world. In West Asia, from Algeria to Lebanon, and from Lebanon to Iraq, it seems that a new wave of Arab spring has already begun. 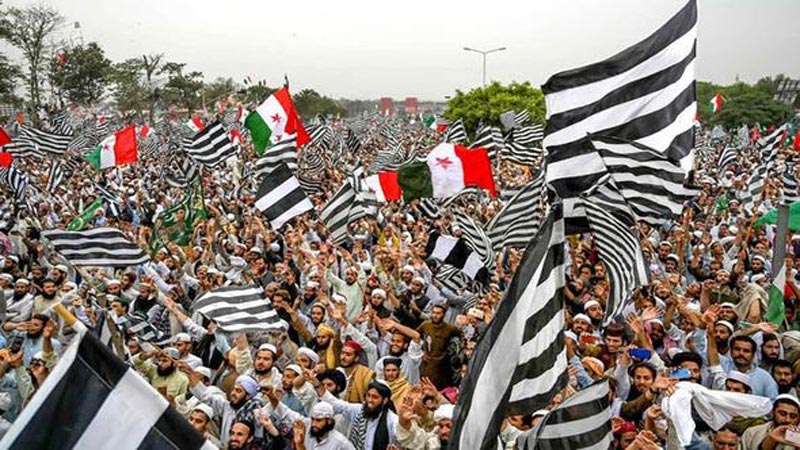 The famous German historian and philosopher, Ernest Troeltsch once said: “There are times, when it is more important to make the beginning than to promote the finished article.” In that regard, the ongoing wave of demonstrations across West Asia, South Asia, and Latin America depicts the historian version of the permanent state of flux. The angry masses are cursing the IMF policies that have caused inflation and income inequality. Two weeks ago, tens of thousands of Chileans took to the streets in Santiago, condemning the neoliberal elites who have bankrupted the country. The same situation can be seen in Lebanon and Iraq, where the working class has taken to the streets demanding economic reforms while cursing the crook elites. In the latter context, it can be said that the so-called constructed neoliberal realities have given birth to the politics of aesthetic chaos.

On the contrary, civic nationalism, which has been promoted by the west after the World War II with an aim of promoting liberal values, now seems to be fracturing. The recent version of the politics of aesthetic chaos has given birth to’narcissist’ anger among ordinary masses that are blaming globalisation and neoliberal elites for economic plundering. According to the social psychologist, Michael Bilewiciz, this anger is because of ‘agency’; that refers to the power to control your own self. According to the narcissist anger masses, the disruption of their economy and the poor standard of life are due to globalisation and technological changes. Narcissist masses believe that globalisation has produced self-serving elites that are enjoying all the luxuries of life with a privilege of access to wealth and power while deprivingthe majority of the masses.

In this regard, the liberal civilisation that has taken multidimensional routes to spread across the world as a universal reality has finally met resistance from traditionalists who condemned its genesis as an illusion of the western liberal elites. It is a fact that some civilisations were built and destroyed with anger and discontent. Today, the discontented angry masses have an ‘evil inclination’ that is creative. Sigmund Freud called it ‘libido’; it is the instinct for life that is the source of energy, power and desire. Perhaps, it is a reality that without libido no one could build a home, or marry, or have children, or engage in trade.

In contrast, angry protesters in Chile, Lebanon, and Iraq are driven by libido; they demand for individual dignity and a good standard of life. In this regard, it seems that Rousseau’s ‘general will’ has finally spoken up against alienation and mass exploitation. It was said about the people of Athens that they were either giving honour or penalties through a decree, and it was that justice system of the Athenians that maintained equity in society. But the neoliberal order is crumbling because it has created a socio-political stratum, in which there was an agreement between economic and political elites to concentrate power and wealth, not an agreement of a body with each of its members. The neoliberal cult has,therefore, violated the foundations of social contract in which the famous civic dictum “Each with all and all with each” was ignored at socio-political level.

It is clear that the neoliberal elites have concentrated huge wealth and power by surpassing the aspects of body politics that has given birth to a state of anarchy. The neoliberal cult unashamedly claims, “We owe nothing to those whom we promised nothing.” That is besides the reality that they have plundered the wealth of ordinary masses. In this way, the neoliberal elites have affected the liberal ideals, such as liberty, justice and equality, without giving logical justification and propositions for the existing ills.

In 1802, Hegel while referring to the decaying days of the German Riech and to the strong censorship operating to repress the slightest trace of enlightenment wrote: “Without law and justice, without protection from the arbitrary taxation, uncertain of the lives of our sons, and of our freedom and rights, the important prey of the despotic power; our existing lacking unity and natural spirit…this is the status quo of our nation.”

In the Hegelian context, the neoliberal status quo is challenging the dignity and existence of the ordinary masses. It was said about the ancient Greeks that they experienced a Dionysian frenzy that contemplated in comedy and tragedy alike. That frenzy was the symptom of decay, disorder and over-ripeness. Later on, it was the victory of optimism, rationalism and utilitarianism that came out of Platonic ideas and logic, and rescued Greeks from disorder and decay.

As an illustration, the ongoing politics of aesthetic chaos is led by young people in streets. They are enraged by the fear of decay, disorder and pessimism. Therefore, the angry masses are looking for a new ideological polarisation to diffuse the existing neoliberal order, which has only enriched a chunk of elites at the top of the social stratum, while depriving the majority of the masses at the bottom. The polarisation, which has emerged as the result of politics of aesthetic chaos, clearly depicts that the coming war would be between the traditionalist versus the globalist, and not between the typical left and right.