Recently, the Lahore High Court announced a verdict, directing the Punjab government to take safety precautionary measures in order to protect a vulnerable species known as blackbucks. A protected vulnerable species under the Punjab Wildlife (Protection, Preservation, Conservation and Management) Act,it is included in the third schedule, which describes the list of animals and birds vulnerable as declared by the Convention on International Trade of Endangered Species. 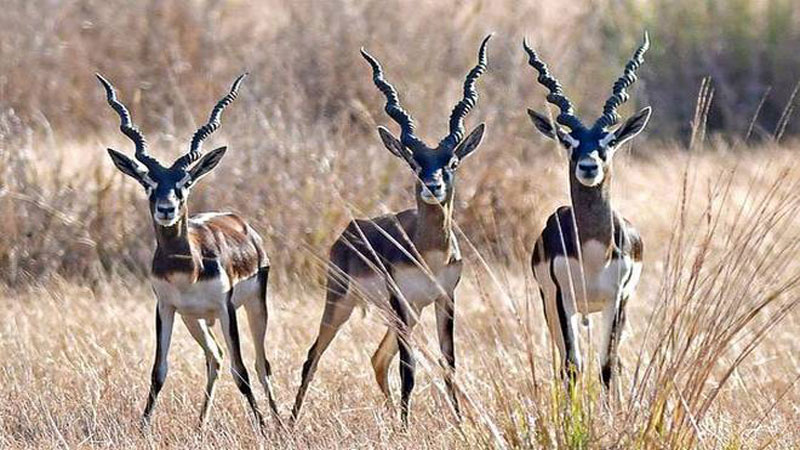 I represented the petitioner before the honourable Lahore High Court. I argued that blackbucks’ population is deteriorating due to granting of illegal hunting permits and lack of safety measures taken by Punjab government. I also argued that after the Eighteenth Amendment, protection of biological diversity and ecosystem has been vested with the provinces.Therefore, the Punjab government is negligent in performing its statutory obligations. As evidence,I attached news clips to corroborate the fact that blackbucks in the Cholistan Desert and the Lal Suhanra Park in Bahawalpur are deteriorating, and it is a worrisome situation. And therefore, the honourable Lahore High Court should exercise its judicial review powers, under Article 199 of the Constitution of Pakistan 1973, and issue a writ of mandamus to the Punjab government and director general wildlife department to take adequate measures in order to save the endangered species of blackbuck.

It was truly an uphill battle as it took more than three and a half years to prove that government is not bothered about protecting animal rights as enshrined in the Punjab Protection and Preservation of Wildlife Act 1972 as well as in Prevention of Cruelty on Animals Act.It was very painful for us when law officers appearing on behalf of the Punjab government stated that it was a frivolous litigation in order to gain publicity and media attention.It has become a routine matter that law officers appearing on behalf of government, without any preparation, try to convince the court through such flimsy allegations that litigation has been filed to attract publicity.Such cheap criticism should never bog down human rights activists or lawyers because whenever any new idea emerges, or genuine public interest litigation is filed, there are people in lawyers’ fraternity who show their jealousy and insecurity by spewing venom on those lawyers who bring good causes to the court.

In this respect, we must be grateful to the honourable Chief Justice of the Lahore High Court Syed Mansoor Ali Shah who took this issue seriously. After his appointment to the Supreme Court, the honourable Chief Justice Yawar Ali, now retired, appointed a commission headed by Dr Pervez Hassan to propose measures to safeguard the vulnerable species of blackbuck, keeping in view the precautionary principle.Fortunately, the commission headed by Dr Hassan also gave its findings that the population of the vulnerable species is deteriorating, and unless or until the Punjab government imposes ban on the hunting, along with taking precautionary measures, the situation is not going to improve.

Dr Hassan also apprised the court that the litigation was absolutely genuine and the need of the hour, and that the court must recognise its judicial review powers as the right of life contained in the article nine of the constitution that includes protection of biological diversity and environment. The honourable Chief Justice was shocked to know that since February 2016 to December 2016, 86 blackbucks were born, and 46 had already met natural death due to lack of care.

The honourable Chief Justice was shocked to know that since February 2016 to December 2016, 86 blackbucks were born, and 46 had already met natural death due to lack of care

It took a great deal of arduous work by Dr Hassan, who through his dedication and diligence formulated a report and proposed that government should increase its spending as well as its capacity for protection of the endangered blackbucks.Secondly, the commission also proposed that since the blackbuck is in the Third Schedule of the Punjab Preservation and Protection of Wildlife Act 1972, therefore, no hunting permits should be issued.

The honourable court later summoned Director General Wildlife Suhail Ashraf,who also endorsed the commission’s recommendations. Thereupon, the court directed the Punjab government to implement these recommendations in letter and spirit for the protection of the vulnerable species of blackbuck.

In developing countries, it is very unfortunate that people lack awareness on topics like animal rights. That is one of the reasons why animals are subjected to beatings and overwork, which is tantamount to inflicting cruelty. Educational institutions should play a pivotal role in enlightening the youth about animal rights.

The Holy Quran contains many examples and directives about how Muslims should treat animals.The Quran describes that animals form communities just as humans do: “There is not an animal that lives on the earth,nor a being that flies on its wings,but they form communities like you.Nothing have we omitted from the Book, and they all shall be gathered to their Lord in the end.” (6:38)

The holy prophet exhorted Muslims to show compassion towards animals and birds, and repeatedly forbade cruelty towards animals. Prophet Mohammad (pbuh) states: “Whoever is merciful even to a sparrow,Allah will be merciful to him on the Day of Judgement.” The prophet said: “A good deed done to an animal is like a good deed done to a human being, while an act of cruelty to an animal is as bad as cruelty to a human being.”

The writer is an animal rights activist,constitutional lawyer and a teacher