Every year, we observe the “International Day to End Impunity for Crimes against Journalists” on November 2. It is a day to not only remember those who were killed while doing their job as journalists but also the fact that there exists a level of impunity in many countries across the world where such crimes go unpunished.

In Pakistan alone, at least 33 journalists were murdered for their journalism work during the past six years, including seven in the past one year (November 2018 to October 2019) alone, according to Freedom Network, a media watchdog.

In the case of the seven journalists murdered in Pakistan in the past one year (between November 2018 and October 2019), FIRs were registered in all seven cases, but a charge-sheet was filed by the police in only four cases (57%). None of these seven cases reached the critical stage where the courts could hand a verdict and provide justice.

This is shameful and suggests that the authorities do not have the will to pursue these cases.

According to Freedom Network, the impunity enjoyed by the killers of journalists in Pakistan is one of the highest in the world.

The report of this watchdog is based on a special impunity index developed by it and by examining the FIRs registered in the murder of journalists and interviews with the families, lawyers and colleagues of the murdered journalists.

Let us look at the bigger picture. A total of 32 FIRs were registered for the murder of 33 journalists during the period 2013-19, of which the police could file the challan (charge-sheet) in only 20 cases — or in 60% of cases. Out of 33 cases, the courts declared only 20 cases fit for trial (60%) of which prosecution and trial were completed in only six cases — only 18%.

In these six cases, the killer was convicted in just one case but escaped punishment after successfully overturning the conviction at the appeal stage after which the family of the murdered journalist abandoned its pursuit for justice for lack of resources. There is a little option left for these families as they also receive threats while they try and pursue justice.

The Committee to Protect Journalists (CPJ) says “impunity” in the cases of murdered journalists remains “firmly entrenched” in Afghanistan, Pakistan, Russia, and 10 other countries across the world.

CPJ’s 2019 Global Impunity Index, published on October 29, found that the 13 countries that make up “the list of the world’s worst impunity offenders” include a “mix of conflict-ridden regions and more stable countries.”

The media freedom watchdog described these countries as places “where criminal groups, politicians, government officials, and other powerful actors resort to violence to silence critical and investigative reporting.” Pakistan ranked eighth with 16 unsolved killings. The 13 countries accounted for 222 of the 318 deaths in the past 10 years, CPJ said, with many of the cases linked to war and civil unrest.

Meanwhile, International Press Institute (IPI) in a statement released in connection with the International Day to End Impunity for Crimes against Journalists said that democracies around the world were failing to protect journalists and investigate killings and crimes against them.

According to the Vienna-based IPI’s Death Watch, as many as 40 journalists lost their lives over the last year. Of these, 25 lost their lives in targeted attacks in retaliation for their work, frequently in response to reports exposing corruption or the activities of crime syndicates.

Eight journalists died while covering conflicts in Afghanistan, Syria and Yemen and one was killed covering civil unrest. An analysis of the Death Watch data shows that over the years the majority of the targeted killings have taken place in democracies and the impunity for such crimes remains high in these countries.

Journalism cannot be stifled in this manner. Corruption and wrong-doing needs to be exposed. The media is the most important pillar in any democracy. For it to function effectively, media persons need to be assured their safety. If this is not done — as we are seeing is the practice, the country will suffer as a consequence. Pakistan cannot afford this silence.

This story originally appeared at ET. 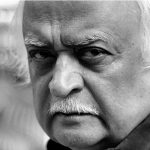 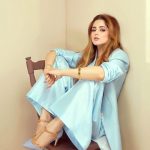 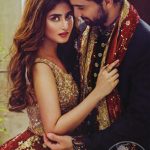 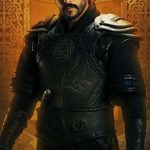