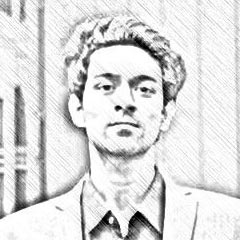 Neither a foreign occupation nor an ISIL militant assault, Iraq bleeds because of its corrupt alien political system.

Iraq is bleeding not because of some foreign invasion or bombings by militant outfit Islamic State of Iraq and the Levant (ISIL) but by the government’s stark use of forces to strike down the ongoing protests. October has seen more blood spilled in Iraq than any other month in the recent times of Iraqi history. As per reports, more than 200 citizens lost their lives and, a thousand others wounded. Such brute application of power against the civilians staging protests against the corrupt regime is both condemnable and detestable.

This recent outbreak of vast riots in Iraq is nothing new. Every so often they are happening since 2017 – a period termed by the west as relatively calm and stable. Citizens stage protests against the government’s ongoing bad governance policies. For instance, mass unemployment, corruption, and deteriorating public services are few to the accounts. Adding insult to the injury, the government dropped on the Iraqi people an electricity outage bomb this year in the scorched heating summers. In addition to that, there was no portable water for the common people to drink. This prompted today’s chaotic conundrum; because, nothing concrete came out as a result of past protests except empty promises. Every time there is a demonstration, promises of change from the politicians remained constant, but in reality, change was absent.

These October protests are different in many aspects. One, these are pure spontaneous movements and, that too without a leader. Compared to the previous ones, all were spearheaded by opponent parties or activists. Further, unlike the past protests, this October wave is headed by the most wretched and impoverished class of the country. They are the ‘ones’ suffer most when political elites fail to deliver. Now, this working-class of Iraqis decisively has stood to hold politicians accountable for all the injustices.

Many Iraqis believe this facial-democracy purported by the west is failed to garner positive results for the masses, as it simply benefits the rich. For instance, according to the World Bank, despite having the fifth-largest oil reserves, three-fifth of the 40 million Iraqi people live on less than 6 dollars per day

Protestors are demanding a radical overhaul of the current political system which they believe is broken and irreparable. Many Iraqis believe this facial-democracy purported by the west is failed to garner positive results for the masses, as it simply benefits the rich. For instance, according to the World Bank, despite having the fifth-largest oil reserves, three-fifth of the 40 million Iraqi people live on less than 6 dollars per day. This is because most of the wealth that comes from oil reserves is manipulated by the rampant corruption of the politicians and their multinational partners. Additionally, since 2003, public funds worth 450 billion dollars vanished into thin air. To support the claim, according to Transparency International, Iraq is the 12th most corrupt country in the world. Indeed, corruption is rooted in the Iraqi system.

Just like protests are unprecedented so is the retaliation from the state. The level of response from the government is beyond reasonable and utterly contemptible. Tuesday marks the fifth consecutive day of the protest. The state has used nearly everything: snipers, real bullets, internet shutdown, and news channels vandalized; the recent one is the uncalled curfew in the capital. Crushing the protestor’s cause does not stop there; the state has also belittled their genuine movement by calling it an outsider’s propaganda with vested interests. Despite trying everything and all, the protests continue unabated for this time suppressing is not a mere walk in the park.

As the protests have a huge number of young people. This youth has stood their ground even in the worst periods: from the US invasion to the toppling of Saddam, from the shattered state institutions to the defective constitution, and above all, from the sectarian-based political system that put in power parties loyal to the outside forces. This feeling among youth that their country is ruled by the powerful elite for ‘theirs and outsiders’ benefits is strong and, can be felt hard. For instance, in one of the protests, demonstrators chanted “we want a country.” Iraqis are demanding their country back from the grasp of corrupt elites.

The Iraqis not only want Prime Minister’s resignation but also a complete revamp of the current failed political system. Making a new Iraq that is absolved of the current rotten lot is hard, but Iraqis are firmly determined, unlike the past.

The writer is freelance writer with a focus on Current Affairs