We now live in a new world of fake news, abusive comments, malicious innuendo, deception and self-deception. Their creators and authors, pursuing a wicked agenda, ply their wares on social media, mostly incognito or under false identities. They remain totally unaccountable. The masses-simple, gullible and a trifle self-serving-are duped into believing anything that they are served, especially if they sound sensational. When these conform with and reinforce their own beliefs, prejudices and politico-religious inclinations, people instantly bond with them, like butterfly to flower. 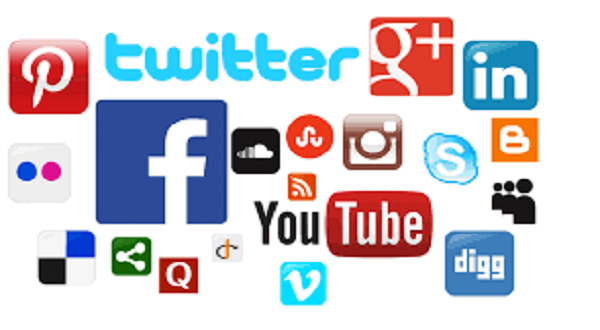 Knowledge has now become too easily accessible and virtually free. Consequently, it has also lost its value. There was a time when to satisfy one’s curiosity about anything one went to a good library, a rarity in most countries. Acquiring knowledge was a time-consuming and painstaking process. Government held a tight monopoly overnews. Breaking news didn’t exist, news blackout was normal. Information was made available intermittently at government’s discretion, laced with misinformation.

Rumour, spread by word of mouth, travelled a hundred times faster than fact in the old days. In this new age of smartphones, fake news is able to circumnavigate the world many times in the few minutes it takes us to read headline news. Information, in every field, is now available at the touch of a finger on the smartphone at any time of day and night, in any language and anywhere in the world. But rare is the person who actually quenches his thirst from this miraculous fountain of knowledge.

Instead, the smartphone is usually a thing for the silly season: greetings, anniversaries, congratulatory messages, jokes, and funny or sexy videos. On the serious side, the smartphone is a carrier of ‘sensational revelations’, which mostly consists of misinformation, slander and fake news. Some of these are so obviously and unbelievably astonishing or malicious that one should immediately feel the urge to check their veracity and authenticity before believing them.

Instead, people not just believe but also disseminate fake news far and wide through WhatsApp, Facebook, Twitter, YouTube, Instagram, and the rest. And they do so with a great sense of urgency, as if, by so doing, they share some of the credit for the content. All it takes to check their authenticity, in most cases, is a quick google search on the smartphone. But the vast majority falls for the most incredulous tale, innuendo or photo-shopped photo, if it supports their own point of view.

For me, the final provocation for this article was a ten-minute Urdu video that is accompanied by my sender’s own triumphant note: “See again how much democratic these so-called democratic nations are.” Being partial to democracy and the liberal-democratic West, I immediately watched the video, expecting to hear how Big Capital, not the US government, controls America. But this was different.

The speaker identifies himself merely as one Dr Shabbir Ahmed and the date as September 27, 2010. He refers to a “recently declassified US government document” of its “foreign ministry,” claiming it “was also sent to me.” It contains highly sensational and detailed “revelations” regarding the conspiracy to assassinate Liaquat Ali Khan in 1951.

These documents, according to Dr Ahmed, confirm that the United States, through its embassies in Pakistan and Afghanistan, organised a hit team to assassinate the Pakistani prime minister. According to this account, Khan had angered President Truman by rudely refusing to become a US stooge. The conspiracy is described in spellbinding detail by the narrator, and the audience is clearly made to believe that he is quoting from a recently declassified US government record.

My immediate reaction was to doubt the truth of the claim, for the information was so sensational that it would have attracted much greater publicity than that. So I made a google search with the words ‘Liaquat Ali Khan’, which led me to the relevant Wikipedia entry. In a section titled ‘Assassination’, it says: “An Urdu daily published in Bhopal, India, saw the US hand behind the assassination.”

All Wikipedia entries are properly footnoted, and the footnote to this sentence referred to an article by Syed Hussain in the Arab News of July 18, 2006, titled “Declassified Papers Shed Light on US Role in Liaquat’s Murder.” The plot seemed to be getting thicker. So I went to this source article merely by touching the link in the footnote on my smartphone.

What I found is that the ‘sensational’ information about the ‘direct US role’ in Liaquat Ali Khan’s assassination is drawn from a now declassified message from the US Embassy in New Delhi to the Department of State in Washington on October 30, 1951. The message contains the translation of an article, published within about a week of the assassination, in Nadeem, an Urdu daily of Bhopal, India, on October 24, 1951.

Syed Hussain, writing in the Arab News, refers to the translation of the Nadeem article in the US embassy cable, putting his own spin to it. Which, in turn, is narrated with great drama and embellishment over four years later in the Urdu video. Both Hussain and Ahmed create the impression that the source of the startling revelations is the US government document itself, not theNadeem article.

In transmitting a translation of the article to Washington within a week of its publication, the US embassy had merely done what all good embassies are tasked to do. And the US government had now done what it does regularly and meticulously, that is, to declassify and publish official government documents.

Using an unsubstantiated Indian journalist’s allegation, made many decades ago in a provincial Indian vernacular newspaper, Dr Ahmed has spun a long yarn pandering to the propensity of his viewers to blame the US for every crime.

It has been known for years that people lose money to hackers and cheats on the Internet. We now know that even elections have been won or lost, careers made or destroyed; in fact, lives have been ruined or cut short through organised and targeted manipulation of and on social media. I wish more people would use common sense and the google search engine on their ever-present smartphone to sift fact from fiction and news from fake news, rather than be fooled by sensational revelations, conspiracy theories and blatant hoaxes. If in doubt, better to let these sit than to circulate them with a missionary zeal.