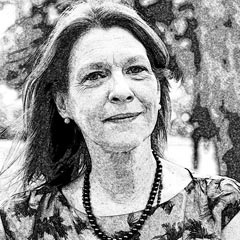 A Polio-Free Pakistan: The cure is persistence

On October 24, we mark World Polio Day as many countries in the world will be able to celebrate knowing that their country is polio-free. The crippling virus has been eliminated in most countries, but Pakistan is one of the last places where polio is endemic. Of particular concern, cases of the disease, which mainly affects children under the age of five, are on the rise, according to the prime minister’s focal person on polio eradication.

Conflict, a distrust of vaccines and the people who administer them, security concerns surrounding polio workers in the field, and general misinformation about vaccinations have led to reluctance and resistance to vaccinating children and violence against health workers. Together, these factors are holding Pakistan back from finally eradicating this disabling disease.

Vulnerable children in Pakistan are missing out on vaccinations.

The science is clear. Poliovirus, which invades the nervous system and can cause paralysis within a matter of hours, is highly contagious. It can also be fatal if it paralyses the lungs. There is no cure for the disease, but it can be prevented. Polio vaccine, given multiple times, almost always protects a child for life, according to the World Health Organisation (WHO).

Pakistan, along with Afghanistan and Nigeria, are the last nations on earth where polio is endemic. But through a successful vaccination program, Nigeria is expected to be declared polio-free in the coming months.

So what’s going wrong in Pakistan and what can we do better?

Despite the fact that polio vaccines save lives, many people in Pakistan remain suspicious. Earlier this year, a mass vaccination at a school in Peshawar quickly turned into panic when students were taken to hospital because of rumors on social media that the children were fainting. This turned out to be untrue.

In the northern region of Pakistan, many locals believe the government’s efforts to administer the polio vaccine to their children will make their male offspring impotent. This is exacerbated by pre-existing fears about population control measures. Locals have also questioned the focus on polio alone, asking why similar attention isn’t paid to other diseases or to other issues that affect their daily lives, including access to safe water and adequate sanitation.

Although polio vaccinators are working hard despite the challenges, many are frustrated by the resistance and are sometimes denied entry to people’s homes.

If Pakistan can win the fight against leprosy, it can win the devastating disease that is polio too. Dr. Ruth Pfau’s tireless work to eradicate leprosy in the country has shown that this is possible

Vaccinations and an effective public education and engagement around the benefits of the vaccine are key to finally eradicating polio. To make Pakistan polio-free the government must support public awareness and community engagement around the safety, importance and effectiveness of vaccination. This includes educating people about misinformation that can circulate on social media and partnering with local communities, including religious clerics and local leaders, to build confidence in vaccines is essential to a polio-free Pakistan. The power of social media also cannot be ignored. Both those who are pro and anti-vaccinations have the opportunity to voice their views on social media. Some may argue that social media platforms amplify sensational content about vaccinations over factual, however, the role social media can play to encourage a positive discourse about vaccinations, including their benefits and risks, cannot be ignored.

Platforms such as Facebook have helped the battle against polio by removing harmful content that violates its community standards. The social media platform has also developed new policies to significantly reduce the distribution of vaccine misinformation, label Pages and groups that spread vaccine misinformation, and more easily connect people with credible information about vaccines with educational pop-ups that direct people to the World Health Organization.

This is a crucial step and others should follow suit. Furthermore, government and social media companies should work together with local health partners, including the WHO and UNICEF, to disrupt sources of disinformation that have the potential to cause offline harm, including to health workers on the ground. Social media celebrities and influencers can also play a bigger role in creating positive messaging to keep communities well-informed on the benefits of vaccines.

A cross-border approach, joining hands with Afghanistan in its fight against polio, could also help. Because of the highly contagious nature of the disease, as long as one child is at risk, every child nearby is at risk.

If Pakistan can win the fight against leprosy, it can win the devastating disease that is polio too. Dr. Ruth Pfau’s tireless work to eradicate leprosy in the country has shown that this is possible.

Persistence is the crucial ingredient here.

The writer is the founding director of the Vaccine Confidence Project and is a Professor of Anthropology, Risk and Decision Science at the London School of Hygiene and Tropical Medicine. Prof. Larson headed Global Immunisation Communication at UNICEF