The National Nutrition Survey 2018 reveals how badly nourished nation we are despite producing more wheat and rice, the staple food, than we need. The survey shows that 40 percent children under five years of age are stunted, while 17.7 percent suffer from wasting. Surprisingly, rural population suffers more than their urban counterparts with 43.2 percent stunted children than 34.8 percent in urban areas. 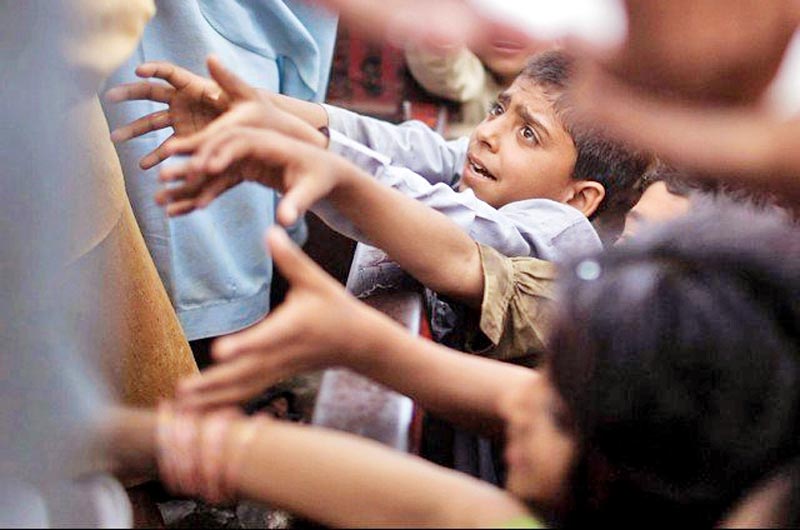 There are several aspects that lead to this malnourishment, such as poverty, insufficient health care, global supply chains and access to quality food. Many of these aspects would require time and resources to show impact. We would like to emphasise a simple and relatively low cast measure that can show impact in short term. It is awareness.

The worth of nutritional awareness cannot be overemphasised as it is one factor that is directly linked with human well-being, quality of life and human capacity. Personal health is a sum of multiple influences including genetic makeup of a person, quality health care and the general external environment including air pollution levels. Additionally, several researchers have linked an important factor i.e. individual choice behaviour with human health. Individual or personal choices and preferences mean that every individual has a free will that a person can exert for the choice of food items he/she could partake, time of meals and number of calories. This free will of an individual is influenced by the presence of regional social values and cultural norms, which are all in turn influenced by the availability of different food items for consumption and the local climate and geography.

The awareness and knowledge about what to eat and what not to can affect personal choices in a big way. Rather, this conscientiousness would help get rid of local myths and negative social and cultural influencers about food to make a person master of his self that guides him through the correct consumption of local items making use of worldwide and area specific knowledge. Nutritional awareness is thus the scientific know how about food and pattern of food consumption that is exceptional to a human being.

Level of nutritional awareness is low in Pakistan as its one key determinant, literacy rate, is as low as only 60 percent of the total population above 15 years of age in Pakistan. The literacy level of female population is even lower registered at only 45 percent. It is that section of society that nurtures the coming generation. As the literacy rate threshold only starts at the level where a person can merely read and write, it remains dubious whether the literates in Pakistan can be qualified as nutritionally aware. Diet and nutrition subjects remain a part of select curricula and part of medical and some social sciences like home economics. The literates in Pakistani society can be developed into nutritionally aware by instigating a passion for good health and wellbeing among them, and by letting them search for themselves the right information dispersed at various locations in print and on social media. It has been observed that patients suffering from critical and life-threatening diseases at hospitals require more of this information, and thus should be rightfully educated, and would, in time, become more well-informed.

40 percent children under five years of age are stunted, while 17.7 percent suffer from wasting

Nutritional awareness information is also the requirement of expecting mothers and mothers with babies up to the lactating age and beyond. Government, NGOs and health officials should therefore, specifically target this segment in all awareness drives and campaigns. Mothers should be given the printed material, delineating body nourishment requirements at each stage of development, both crucial for the mother and the child. Hospitals and consulting physicians should also display this information at prominent online and physical sites. The goal of providing excellent nutrition does not end at the lactating stage of child rearing. Every family in Pakistan should be made aware of family food requirements, a discipline widely studied and followed in the developed nations.

Designated programmes are needed for the families of out-of-school children. Local community-based religious institutions such as mosques, churches and temples should also be taken in this drive as protection of life is a virtuous act in all religions.

Generally, nutritional information by legislative assistance and by recommendations of federal food and drug agencies is written on all food products manufactured in the developed countries. As Pakistanis would become more food conscious, subsequently, they would also be requiring such information printed on the food products manufactured in Pakistan. This would lead towards a better choice by consumers at the time of purchase and selection about what to and what not to include in their food basket and would thus improve their consciousness. These measures would direct towards enhancing better quality control in food manufacturing and processing and would help food and drug control agencies to act against companies that do not care to follow these rules.

Some government bodies, NGOs and private sector organisations involved in the spread of the awareness message and are already doing good work: Ministry of Social Welfare and Special Education, Ministry of Health’s nutrition wing, Ministry of Education, Nutrition Section of Planning and Development Division, Government of Pakistan, United Nations Educational, Scientific, and Cultural Organisation. These bodies can and should bring their act together and should work robustly to achieve clear timely targets. After all, being nutritionally informed is the right of every citizen and all bodies whether public or private have a stake in the well-being of the population of Pakistan.

Danish Ahmed Khan is Assistant Professor, Department of Management Sciences, COMSATS Institute of Information Technology. He can be reached atdanish_ahmed@comsats.edu.pk

Dr Abdur Rehman Cheema is an Islamabad-based economic and development policy academic and practitioner based. He can be reached at arehmancheema @gmail.com