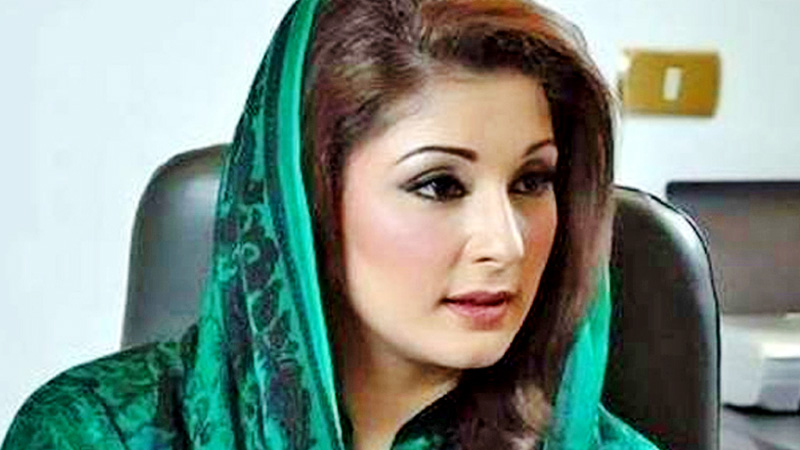 Reports said Maryam was also admitted to the Services Hospital after she met her ailing father. Maryam Nawaz was admitted to VVIP ll, where she was going through various tests, reports said.

Earlier in the day, a letter written by PML-N Deputy Secretary General Attaullah Tarar to Punjab additional chief secretary read, “It is already in your knowledge that Mian Nawaz Sharif, former three-time prime minister of Pakistan, is unwell and has been shifted to Services Hospital for treatment. His daughter Maryam Nawaz Sharif is an under-trial prisoner at Kot Lakhpat jail. She has not been able to inquire about the health of her father. It is requested that special permission be granted to Maryam Nawaz to visit her ailing father to inquire about his health.”

A resolution was also submitted in Punjab Assembly by MPA Malik Zaheer Iqbal on Wednesday, demanding the release of Maryam Nawaz on parole on humanitarian grounds.

Earlier in the day, the request of PML-N vice-president to meet her father at Services Hospital was turned down by Accountability Court Judge hearing Chaudhry Sugar Mills case Ameer Muhammad Khan.

Talking to media at the accountability court, Maryam said she requested the judge to allow her to meet her father for an hour on her way back from the court but in vain.

The judicial remand of both Maryam Nawaz and her cousin Yousaf Abbas Sharif in Chaudhry Sugar Mill case was extended till October 25 by the accountability court while the judge directed NAB to file the reference as soon as possible.

Later at a party meeting, severe concerns were expressed by MPAs, office bearers, senators and MNAs from Punjab. The meeting chaired by party president Shehbaz Sharif at Model Town residence also passed a resolution having several points about the deteriorating health condition of Nawaz Sharif. “Imran Khan will be held responsible if something unfortunate happens to Nawaz Sharif who has made Pakistan an atomic power,” the resolution endorsed by the meeting read.

Meanwhile, Prime Minister Imran Khan on Wednesday telephoned Punjab Chief Minister Sardar Usman Buzdar and directed him to ensure the provision of best medical treatment to Nawaz Sharif. The chief minister apprized the prime minister about the steps taken for the treatment of former prime minister, an official handout said.