A few years ago, I happened to read an Urdu novel by a famous female novelist. She wrote, “A man is never helpless, he gets whatever he craves for in his life.” The theme of the novel explicitly gloats over the flirtatious nature of a man who keeps changing his loyalties. 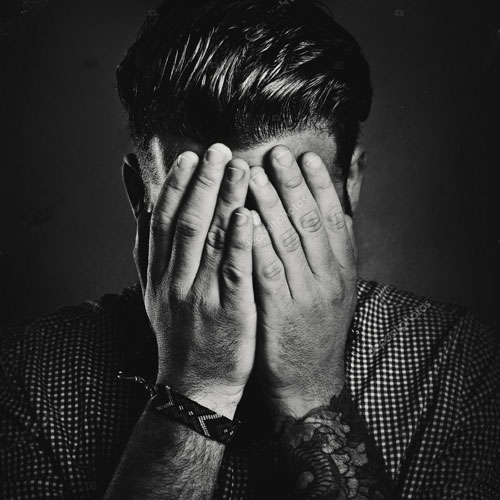 A slew of such anecdotes pervade our TV dramas where a man is shown to be a womaniser who is deceiving multiple women at a time. The theme stretches the story to such an ignominious extent where the writer goes as far as to delineate the character of a father or a husband as a philanderer.

Such literature has terribly influenced the thinking patterns of our society as a whole. Men have been painted as debauched. That is why when a female accuses a man of harassment, we are already in an ambush mode, and ready to attack the villain without the least inkling that the woman may be crafting an untrue story with an implicit design to serve her ulterior motives. Such a licence to declare a man guilty has taken the life of a teacher in Lahore.

Professor Afzal used to teach English at Government MAO College, Lahore. One of his female students levelled a charge of harassment against him. An inquiry committee was constituted to probe the matter. The accuser, who had earlier charged the professor with ‘staring’-which can be harassment as it implies making the victim uncomfortable-told the investigation team later that the professor used to deduct students’ marks because of low attendance. She also gave a written statement that Professor Afzal was innocent and false accusations were hurled against him.

The committee verbally exonerated the teacher, but he wanted written evidence calling off false accusations against him. The process remained in limbo, heaven knows why. On the eighth day of this month, he delivered a letter to the investigation in-charge and disappeared forthwith. Next day, everybody was stunned at the tragic news of his suicide.

After his death, the whole of social media came out like a deluge to support the deceased professor. Afzal had to give his life to smash the fabricated social ethos where people are swift to reach a conclusion to issue a decree and label a man as a sexual harasser whenever a woman blames him.

In the letter that he wrote before suicide, Afzal said that he was doing it to save other professors from getting into similar situations when they were strict with their students.

It is hoped that Afzal’s sacrifice for a cause will not go in vain. There is a rapid awareness campaign on social media condemning cases of false accusations of sexual harassment

It is hoped that Afzal’s sacrifice for a cause will not go in vain. There is a rapid awareness campaign on social media condemning cases of false accusations of sexual harassment. Blaming a person without an iota of evidence meant to extract some gain or settle a personal vendetta is like acting as a lynch mob that gives its verdict even before the case is filed. Such a lynch-psychology has tarnished the image of many people who could not commit suicide to prove their innocence.

Another victim of an allegation of harassment is Ali Zafar, a notable singer and actor. He had to go through a very painful time when Meesha Shafi, his colleague, placed charges of sexual harassment on him. The Lahore Court dismissed Shafi’s case of harassment calling it “incompetent and without merit”.

Hamza Ali Abbasi, a TV artist, cogently deliberates on the contours of ‘harassment’ in regard to the case of Ali Zafar. He says that the community they belong to is quite different from that of regular folk who generally are not comfortable with the norms that are commonplace in the showbiz world. He wonders how the word ‘harassment’ is manipulated.

Two years ago, a doctor was fired from the Aga Khan University Hospital (AKUH) for sending a friend’s request to a celebrity’s sister on Facebook. It was projected as a case of harassment. The celebrity tweeted, “There are zero boundaries in Pakistan. Last night, my sister went to AKU emergency, and the doctor who tended to her tried to add her on Facebook. Unfortunately, the doctor messed with the wrong woman in the wrong family, and I will definitely report him! Harassment has to stop!”

This is how the word ‘harassment’ gets exploited and families get disrupted as a false charge spreads its effect. Some say that ‘staring and ogling’ is harassment, while others say that sending ‘a friend’s request’ is a crime, whereas it can arguably be put that such a request can cheerfully be rejected without making a fuss.

Such baseless allegations, no doubt, mar the credibility of genuine cases of harassment where a man trespasses his limits and assaults a woman. A significant aspect in this regard is to empower middle class females so that they may come forward, and shunning the fake taboos, name the harasser.