A few days ago I had a coincidental sitting with an old colleague, who was very keen to provide quality education to his children. Following a detailed discussion about his children’s education he took a long breath and said, “I could not find a school for my children.” Although his children are getting education in an elite private school system, which he thought would prove to be a remarkably good schooling system, but he is still wondering. 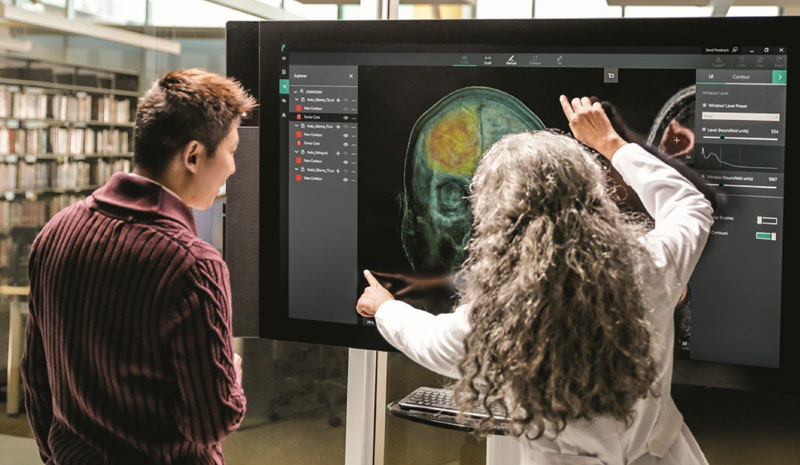 On asking why he feels so distrustful of the education of his children he narrated a story, “I had some reservations about some immoral talk of my children at home, which I observed during some time. I was sure they hadn’t learned it from home but from the school environment. I rushed to their school, and asked the school administration and teachers the reason why my children were using such an abusive language. Their answer left me bewildered for a few moments. They said that they had children from the elite class of the city-the landlords and the businessmen. Such language, invective, liquor and weapons are common in their everyday life. The school couldn’t do anything about that, and only focused on academics. The school system couldn’t do anything to curb such happenings within the campus. That could cause substantial business loss and low admissions.”

At that point of discussion, another old story came to my mind. A friend of mine who was working with a media group in Karachi told me about a rape case at an elite school campus in Karachi. He shared the efforts of the school to not have the news published.

News of incidents of rape, assault, robbery, snatching, firing, drugs use, and all types of harassment in schools have become common. A few days ago, the news came of a teenager who started aired firing within a school campus in Hyderabad. The news on social media informed that the boy was arrested, and a case was registered.

The statement of a federal minister in the National Assembly about use of drugs (ice) in schools is still in the minds of people to calculate what percentage of children use that drug in our schools.

A few years ago, I learnt in a workshop in Karachi that top disciplinary problems in schools during1940s were talking out of turn, chewing gum, making noise, running in the halls, cutting in line, dress code infractions, and littering. But the top disciplinary problems in schools in the1990s became drug abuse, alcohol abuse, pregnancy, suicide, rape, robbery, and assault.

When I think of my schooling in 1980s-I studied in a rural school where corporal punishment, fear of teachers, lack of confidence among children, and non-availability of learning items due to poverty existed-but we used to experience 1940s disciplinary problems. Although it was the span of forty years, 1940-1980, in less than 10-15 years, 1990 onward, schools had quite different disciplinary challenges that had no connection with the previous ones. They are totally inverse. This shift has evident reasons of technology, communication, media, and population increase, which our education system was not prepared to handle.

I have a recent experience of a similar nature with the school where my children are studying. The school accommodates diverse ethnic groups, and for some time, a child in the school had influenced my son. When I experienced changes in my child’s routine behaviour I, along with my wife, rushed to the school. The principal cooled us down, and informed us that he had received many complains about the same child. The school had talked to his parents about the problem of misbehaviour and abusive language. They were doing their best to resolve the matter.

On continuity of the matter for almost two months or so, I asked the school principal again, who asked me to give more time to the school to resolve the matter. The problem still lingers; one of the teachers informed me that the school had no solution because the school deals with academics, and doesn’t have any setup for behaviour modification and counselling of children.

Once in a learning workshop I asked the workshop facilitator the causes of students’ changing misbehaviours within classrooms over time. She had no answer other than electronic media, movies, cell phones, and video games. It might be true that children have more access to information, knowledge and learning sources, which are hard to control and keep in check. It is seen that both schools and parents are helpless in this connection. But what I see is that the problem has also strengthened in some other way. That is probably the gap of our national curriculum. Our national curriculum, the last version of which is that of 2006-07, doesn’t focus on the affective domain of learning in its different subject areas. Let’s understand this concept further.

Many educationists advocate the Bloom’s Taxonomy of three domains of learning: cognitive, psychomotor and affective-knowledge, skills and attitude. When these three areas are worked out consecutively to a learner the real education happens. As a result of that integrated learning process the behavioural change is exemplified.

We, in our schools, focus on academics, and that means imparting knowledge. Some schools move a little ahead and focus on skills through experiments that are mainly linked with only science subjects. However, the affective domain, a very important domain of learning, is not focused on at any stage. As a result, our children are good at academics but lack an acceptable behaviour, a good attitude and ethics, which are basic tools to remain good and civilised in society. We see in our circles that young people have degrees, but parents and peers complain of their attitude, and they have insufficiency of skills to excel in the job market.

When you go through curriculum pages of different subjects, you will find a lack of learning objectives that focus on outcome of civic and citizenship learning, humility and modesty. The curriculum of Ethics, on its first page, states that it is for non-Muslims. But when you go through the curriculum, many of the learning objective/concepts/outcomes are badly needed for Muslim children as well. Some of them are: respect for elders and neighbours, cleaning the neighbourhood, punctuality, respect for rules, contributing in society, avoiding wastage of food, duties and responsibilities of a citizen, manners of participation, obedience to the law, social and ethical value of religion, and accountability and its influence on human character. Perhaps some of the things mentioned above are included in social studies but I have seen those books only filled with history, environment, personalities and places.

The problem starts from here. Teachers who teach our children are also the product of the same cognitive study model where only knowledge was imparted to them but they didn’t experience any behaviour change after getting an education, and their thinking process was not stimulated. Teachers lack skills of teaching, and they have few skills of life to be a model for children. They are prone to unpredictable behaviour that adversely affects children.

There was news about a month ago that a teenager in a private school was beaten to death. The next day, children of that school attempted to set the school on fire. This is not just one incident but there have been many incidents where schoolteachers beat their students to death. There is no doubt that teachers have been groomed in institutions and an environment where behaviour modification is not a priority.

A defective education process has, therefore, brought us a generation who doesn’t realise the personality gaps within themselves. They know reading and writing that connect them to social media to which no ethics are applied. However, government is devising some.

We have no reflective learners by the end. It is observed that everybody has devised his or her own ethics to live in a family and to be with friends, but lack ethics for living in society. We lack social norms and a culture of respect, the ethics that schools were supposed to teach our children. We need to learn from Japan and Finland’s education system. We need to adjust our curriculum, textbooks and pedagogies to learn skills acceptable for the contemporary era and required behaviours to excel and remain civilised. We need to decide what we need to learn and what has to be unlearned by now. The modern age demands new behaviours to respond to its challenges.

In the words of Paulo Freire, “The globalisation theory hides the fact that its ethics are those of the marketplace and not the universal ethics of the human person.” We have to understand that we need to teach obedience and maintaining silence or learn assertiveness and organisation skills.

We need teachers who are continuous learners; we find thousands of teachers who have not even seen curriculum books. Schools do not have learning programmes for teachers. If some schools have any such programme, its purpose is only content-focused and to maintain the school systems. There is hardly any research within school organisations and academic programmes; mostly, teachers follow routine teaching. There is no critical thinking, which needs more learning and capacity. However, teaching is taken for mere transfer of knowledge that is given in syllabus books.

Let’s wait for the shift and review of a curriculum that follows preparation of syllabus books on such themes, and develop teachers to teach them the behaviour that is needed for every child in our society. We hope for the best.