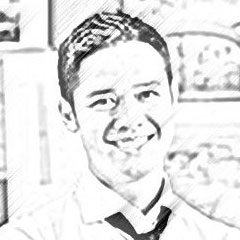 Educating the talent of the future in Indonesia

Education allows us to find meaning in everything and gives us an understanding of the world around us. It offers society an opportunity to progress; regardless of race, gender, religion or politics.

The education arena has evolved, diversified and grown over the centuries and contributed to man’s own evolution. While craft-based apprenticeships have historically trained artisans for the needs of society since ancient times, theory-based learnings of the ancient civilisations would find greater expression in the medieval universities that would groom early doctors, theologians and lawyers. As courses expanded in complexity and diversity to keep pace with man’s curiosity and thirst for advancement, new institutions were formed that would reflect the needs of the time. By the industrial revolution, science, technology, engineering and maths-based learning (STEM) were being offered in industrial era polytechnics. Today, the education landscape is going through further transformation that similarly reflect the shift from industrial-based to knowledge-based digital economies.

So why has there been a proliferation of ‘education cities’ in recent times? Well, this isn’t actually new phenomenon only known in our lifetime. Education-oriented urban environments have been existing for centuries and can be the socio-economic lifeblood of a city, which is why education continues to be a quintessential element within the city. In the past, education-oriented towns and cities like my alma mater, Cambridge, grew organically out of the confluence of learned individuals who in turn attracted other scholars to create Centres of learning. These Centres of learning, be they schools, colleges or institutions, became engrained in the urban fabric, and acted as catalysts for the growth of neighbourhoods and communities around them. The Centres of learning and their communities continued to prosper and would both support and enhance industry, trade and commerce of the broader city for which they belonged.

Today, education has never been more accessible, with the proliferation of online learning, made possible by digitalisation, breaking down social economic barriers and allowing academic, vocational, STEM and STEAM (science, technology, engineering, arts and math) based education to be open to all. Concurrently, the globalisation of the education industry has also seen ‘ring fenced’ international schools, colleges or institutions, exported to foreign towns and cities – often bearing little relation to the neighbourhoods and communities that once grew organically out of a particular trade, industry and culture of a place.

In the future, education will be even more accessible to society, and digital online learning will question the need for physical real estate to house faculties of learning. A counterpoint to this will be a resurgence of schools, colleges and institutions that will seek to embrace the lessons of the traditional knowledge city- organically growing in response to the socio-economic needs of the community as well as tapping into the zeitgeist of the new digital economy. And whilst it has taken centuries for leading academic institutions like Cambridge and Harvard to gain their reputations, it may only take decades for the digital academies of excellence to gain reputations in the forever expanding and advancing digital arena. Pomeroy Studio are designing such an innovative edu-district in Jakarta. Educentrum@ PIK2 is a knowledge-led smart / green district within the broader Pantai Indah Kapuk city; encompassing a broad-based culture of learning that brings people from different walks of life together into a prosperous and inclusive community.

Today, education has never been more accessible, with the proliferation of online learning, made possible by digitalisation, breaking down social economic barriers and allowing academic, vocational, STEM and STEAM based education to be open to all

Pomeroy Academy, the education and research twin of Pomeroy Studio, firstly researched a number of institutions from the medieval college campuses of Cambridge to the latest international campuses of Doha’s education city. By studying both the scale of various venerable institutions as well as their different types of education (i.e. whether public and private; secondary and tertiary, STEM And STEAM, theory and craft-based) they identified particular education sectors that could be highly applicable to Indonesia’s shift from a manufacturing-based economy to a digital / creative based economy. The intent of embracing a combination of theory, crafts, vocational, STEM and STEAM-based education at a tertiary level, alongside public and private junior and secondary education, seeks to ensure opportunities for life-longlearning within the community; and to ensure that the critical mass of educational centres will provide a global attractor of talent also.

Pomeroy Studio were then able to create a smart and sustainable Masterplan that sought to be inspired by the compact, campus-oriented Centres of learning of the past; that grew organically over time and supported local communities as well as contributed to a nation’s economic growth.

The vision for the district is one that embraces a broad-based culture of learning that also serves as a living laboratory to new ideas. It uses education as the bond that brings people together and to remain in inclusive communities. It is an environmentally conscientious carlite community that promotes green transportation. It will also embrace green open space at the ground and in the sky for its social and environmental benefits. The district will use smart technology sensitively in order to enhance people’s lives for all ages and seeks to spur both local and national economy through new ideas and innovations, whilst encouraging knowledge retention.

In the words of the great scholar Erasmus, “The main hope of a nation lies in the proper education of its youth,” and we certainly look forward to the district’s contribution of educating the talent of the future in Indonesia.

The writer is an award-winning architect, academic, author and TV personality at the forefront of the sustainable built environment agenda