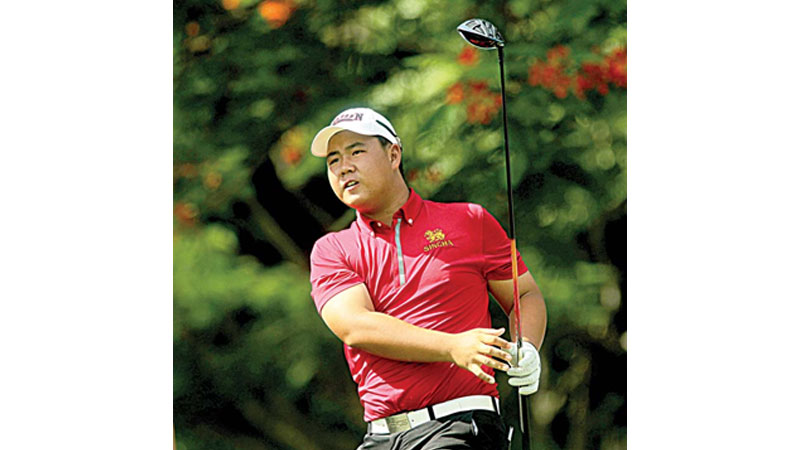 Joohyung Kim of South Korea, showing abounding and exuberant golf playing brilliance and intelligence loaded motivation, won the Pakistan Open Golf Championship at Defence Raya Golf Course here on Sunday. The Asian Development Golf Tour, Pakistan Golf Federation and Defence Housing Authority (DHA) jointly hosted the Pakistan Open. Held over four rounds from October 17 to 20, the championship attracted 20 formidable players from ten countries and also competing were 85 top golf professionals of Pakistan along with five top of the line amateurs. Kim claimed first cash prize of $14,000 out of a total allocated cash prize of $80,000 with the balance being distributed among the 51 other position holders in accordance with the Asia Tour prize distribution policy. During the course of the four rounds at the admirable and commendable Defence Raya Golf Course, Kim gave lustrous and pulsating display of golfing skills that impressed even his adversaries. Driving off the tees was powerful and accurate and his approach shots to the green were classy and most of the time they landed within five to six feet off the hole. His victory came through scores of 66 in the first round, a flamboyant 64 in the second round, 68 in the third round and an effective 73 on the final day. His aggregate winning score was 271, seventeen under par. He was honored by the Commander 4 Corps Lahore, Lt Gen Majid Ehsan, who came personally to award the trophy and winning cheque. “Pakistan has been rewarding for me,” said Kim after the prize distribution ceremony. “And what makes the visit memorable is that I have won the national champions title of Pakistan.”

Cheerful and sparkling tidings for Pakistan were that the high caliber and predominant one of the national golfing arena Mohammad Shabbir had the honor of securing the second position with a marvelous round of 67 in the final round, which gave him a notable aggregate of 280, eight under par .Throughout the final round yesterday, Shabbir was abundantly charged up to give the country a good name and he managed to do so with an outstanding performance. He hit every shot on merit and left a lasting impression on the champions from overseas and the organizing team of the Asian Development Tour.

Third position went to Sam Lee of Fiji who managed an aggregate score of 281, seven under par.C hoo Tze Huang of Singapore came fourth, with a score of 283, five under par. Muhammad Munir of Pakistan and Samuel Cyr of USA were bracketed at the fifth position. Their final score was 285, three under par. Some more who played notably well were M Alam of Pakistan and Mat Killen of England. The hole in one car remained unclaimed. The return of the Asian Development Golf Tour to Pakistan is the result of efforts by the Pakistan Golf Federation and serves as a boost for golf development.