Culture of Accountability: Say no to Corruption 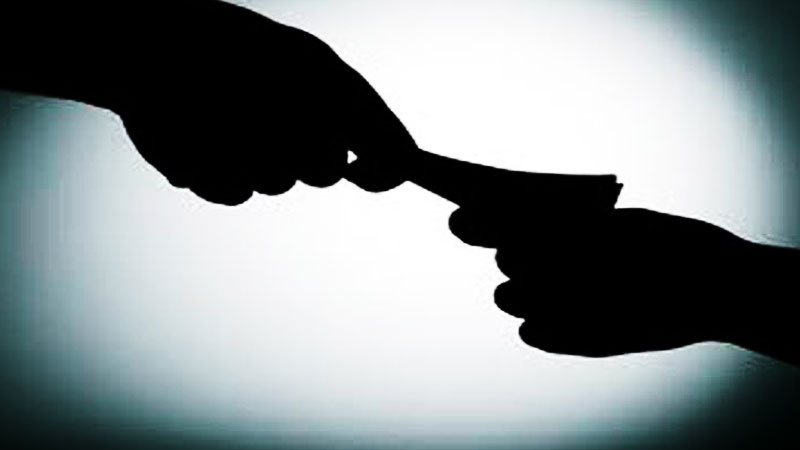 No country in the world is immune to corruption. The public officials misuse their authority for private monetary gains that corrodes trust in institutions and governments. It makes the public policies less effective and exploitative. Corruption erodes the government’s capacity and ability to grow the economic and political system. Corruption is a parasite that mercilessly sucks a nation’s blood.

Pakistan has conserved its authoritarian form of governance that was inherited from British from the day of its inception. There is a perception that ruling elite in Pakistan view state as milk of cow for their personal upgrading, augmentation and enrichment and the same attitude is reflected by the bureaucracy and the system in performance. It is really a dilemma that key decision makers and policy formulators work to benefit themselves.

How might we better equip citizens to safeguard and ensure that the actions, activities and decisions of the public officials are subject to appropriate oversight?

The motto of the current government is to eradicate the menace of corruption that is really an uphill task because corruption and white collar has become structural. No previous governments in Pakistan have ever had intestinal resilience and the political will to curb this disease.

While there have been a few highly publicized cases of corruption – the arrest of senior politicians and the bureaucrats has set the example of justice and biasness. Pakistan is predestined to remain near the bottom line of Transparency International’s corruption index but due the current sound measures by the government and the NAB has changed the rating of corruption index.

The World Bank has a goal to end poverty by 2030 by advancing and boosting shared prosperity and growth for poor in third world and developing countries. Eradicating or reducing corruption is the core of Sustainable Development Goals. Pakistan is a developing country and has been facing the challenge of corruption that is quite prevalent. Corruption and white collar crime have disproportionate and lopsided effect on the socio-economic and political system including impact on the education, health and justice as well.

The menace of corruption erodes the trust of governments and dents the social contract. No doubt in it that corruption fuels and perpetuates the discrimination, inequality and discontent that ultimately leads to fragility, instability, violent, fierce, extremism, fanaticism and conflicts. It impedes and hampered foreign direct investment, progress and development consequently effect the growth and jobs.

The role of NAB has become heart of democracy in Pakistan. It is first time happened in Pakistan that NAB has arrested and detained the most powerful elite. This is the great achievement and it created hope for common people that justice prevails.

Pakistan is a democratic country and NAB is an autonomous institution for anti-corruption at national level. In democratic country, the political will is need of the hour for its stability and economic development. Honk Kong and Singapore are the countries which are relatively successful in eradicating corruption just because of the strong political commitments of their leaders and their accountability institutions in Asian countries. But in Pakistan, political will has become stronger and NAB is also focusing on the commitments and results to make Pakistan free from corruption. NAB is one of the most efficient, effective and proficient institution. The NAB officers are properly and well trained in their respective investigative duties and responsibilities. NAB is non-politicized and less effected department in Pakistan. NAB has been run by the military officers or ex judges.

NAB has adopted the procedures similar with Hong Kong. It is an apex institute against corruption and financial malpractices. The objective of NAB is to recuperate and recover the looted money from corrupt officials and politicians. An important aspect of NAB is to recover the looted money so punishment cannot return public money to the government, so NAB adopted ‘Plea Bargain’ type strategies. Many analysts oppose ‘Plea Bargain’ without concentrating on the nature of the issue. Amnesty schemes and Plea Bargain type strategies are adopted in the entire world even in the developed countries.

In the 22 months, NAB has made the remarkable efforts that have resulted in excellent affect. The recovery amount is crossed Rs. 71 billion over 600 corruption references in NAB. First time in the history of Pakistan that accountability is going into the right direction that benefit Pakistan’s poor economy. NAB has taken the initiative to have a friendly behaviour with businessmen to feel them free to do the business in Pakistan without any threat or fear because businessmen are the backbone of state’s economy so they must be protected.

Despite the role of NAB in curbing corruption in Pakistan, still Pakistan has not been successful to seek a better position and it is slipped from 99 to 101 positions. It is because of reporting more corruption cases. So public don’t need to worry about it.

In the meanwhile, according to the government of Pakistan, corruption has its roots for last 70 years and it isn’t so easy to eradicate it in a year or two. The mandate and manifesto of the current government is to eradicate the corruption and to make Pakistan a developed and a prosperous nation. The role of NAB is the essential to bring this structural change at national level.

The overall performance of NAB is wonderful but there are many questions asked by the public on the favouritism and biasness of the NAB. The questions are: is NAB an unbiased institution? Why NAB only target a few politicians? Why NAB isn’t targeting the military people and the honourable judges?

Simple answer of all the questions is: it is beginning of accountability and transparency; so public just need to wait and watch the upcoming endeavours of NAB in which all types of the white collar criminals would be ultimately investigated.

The writer is Ph.D. scholar, CSS coach and author. Can be reached at fastian.mentor@gmail.com