Rukhsana belongs to an underprivileged family, and is a single mother to three children. She works as domestic staff in three different homes to earn a living. During the recent heatwave, her blood pressure levels suddenly started dropping. She instantly rushed to the doctor near her house, despite people telling her about their doubts about the doctor’s credentials. The doctor gave her medicines, telling her that her blood pressure was high when in fact it was low. Due to adverse effects of those drugs, she fainted the next day, and had to bear some excruciating consequences later. 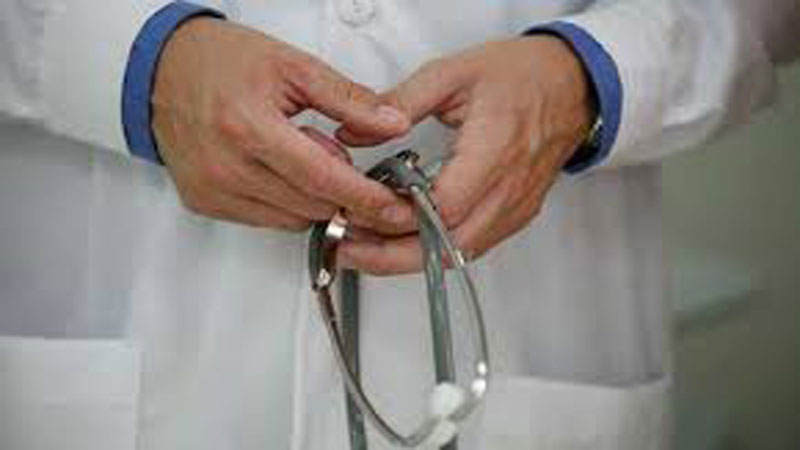 As per the latest stats of the Pakistan’s Medical and Dental Council (PMDC), there is an estimated number of 45,378 medical surgeons registered in the country, alongside 186,980 legal practitioners with the basic medical degree. However, more than 70,000 bogus medical practitioners have also been reported. It wouldn’t be wrong if besides being referred to as the ‘City of Lights’ we call Karachi the ‘City Of Doctors’. People not only from the nearby areas but from across the globe come here to get treatment. Stories of quacks and bogus doctors, however, have also recently emerged, which subsequently can bring a bad name to good doctors and jeopardise the entire image of the medical community of Pakistan.

In 2017, more than 75,000 quacks were reported, who were audaciously taking lives of innocent people in their hands. Most of them don’t even hold a fake degree. They practise as compounders with well-reputed doctors, and when doctors move out from practising from a certain area, those compounders start playing ‘doctor’ in unauthorised clinics of their own. They blindly prescribe medicines without even realising the repercussions of a wrong dosage. Unfortunately, this number has escalated to almost 80,000 in 2019.

The plague is not just confined to small clinics, there are many incidents that have been reported over the past years where illegal medical practitioners in well-reputed hospitals have taken scalpels in their hands and performed surgeries, causing death of a trusting patient.

If this issue is not taken into immediate consideration, it can be devastating for the entire medical community because here we are talking about saving patients who trust doctors with their life. Impersonation of doctors has become a common phenomenon these days. It has emerged from the obsession of parents in our society to enroll their children in medical colleges, without pondering whether they want to or not. This obsession was not there before the 19th century. At that time, people would become doctors by means of an apprentice system where they would get proper training. During that time people would hire a doctor if they could afford it; although in the worst case scenarios in which a surgical procedure or the course of treatment wouldn’t go well and patient’s death was caused, it was more of a case of caveat emptor, which means a patient opted for it at his own risk.

In our country, besides immense hard work, it also requires long university trainings and right social connections to become a reputable doctor. This is the reason why when the road ahead seems hard and expensive, people are tempted to opt for shortcuts and wrong ways.

These days there are some common reasons that are weakening our healthcare system, simultaneously encouraging fraudsters to impersonate as doctors and practise medicine.

If this issue is not taken into immediate consideration, it can be devastating for the entire medical community because here we are talking about saving patients who trust doctors with their life

Absence of proper scrutiny: Everyone in our system blindly believes that a candidate’s documents have already been meticulously checked and verified by someone somewhere, so nobody bothers to go through the long process of re-checking a person’s credentials. Whether a person’s documents are not verified or it takes long for his documents to be properly scrutinised, he is issued a temporary licence. That means whether real or fraud, he has access to treat patients.

Regional practice: It is very easy to get away with fake degrees in regional and remote areas where there is most likely no scrutiny, especially in Pakistan. Frauds who have zero knowledge about the field open clinics with banners, and with bogus qualifications on them to entice more patients. They are free to prescribe anything to a ignorant person who comes to them for the cure of his ailment.

There were simpler times when people without any suspicion would consult the neighbourhood doctor at even the slightest hint of flu or cough. During those times, doctors got their qualifications through proper channels set by the healthcare system, and treated patients according to their experience. However, today the emergence of clinics and large hospitals have completely changed the trend. With hefty fees there comes a quick diagnosis and cure.

In a busy metropolis like Karachi, there are many fraud medics taking advantage of the ignorance of system and people’s health problems. Most of them have either not completed their MBBS or have not spent a single day at a medical college. These phony practitioners mislead people who start taking them for the real thing. The main problem of our system lies in the ultimate dependence on qualifications, as they are considered the only source of a person’s validation and the key to higher income and social status. That makes it easier for fraudsters to go for bogus documents. Many qualified doctors can also cause mayhem due to malpractices and mutilation. Fake degrees make it very hard to expose phony medics from the real ones.

However, with time and due patience most of the loopholes can be fixed. What is important is that healthcare staff and hospital authorities adequately take the responsibility to report their suspicions regarding their fellow employees to the management, instead of wasting time in discussing it with their fellow colleagues. This would not only strengthen the system but cultivate a much open culture flagging concerns regarding fellow practitioners. This practice will also expose more frauds before they cause any sort of serious harm to ailing patients.

The writer is a digital marketing professional, creative writer for renowned brands, and Communications Specialist at the Karachi School of Business and Leadership. She tweets at @offfrin