Russia’s decision of jumping in to defend the Serbs from the invasion of Germany and its Austro-Hungarian unity empire was not an abrupt nightmare in the middle of night. But it was the over-calculation of Nicholas II (Nikolai II Alexandrovich Romanov) for his dream to see Russia as the manipulator and controller of world matters. He was so confident that he had not even considered the importance of civil-military consultations and approval of consensus whether to wage war against someone or to negotiate for peaceful resolution of the matter. Rather, he was firmly devoted to his mission of ‘Greater Russia’ through offensive means. 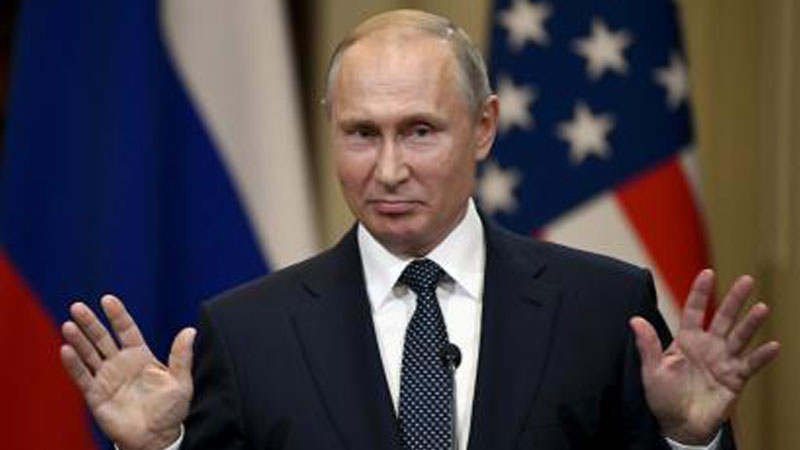 Germany’s action was to take a stand on behalf of the Austrian Archduke Franz Ferdinand, who was assassinated by Bosnian Serbs on June 28, 1914.Though Germany was certain about Russia’s ambitions for tightening its hold on the Balkan, and was ready to attack Russia in the first place, due to extensive cost benefit calculations, the German army entered Belgium to assault Paris from the north. That event stretched both Germans and Russians to multiple alliances that spanned during the First World War, and thus, the emergence of Greater Russia got an open surface exposure.

Although Russia didn’t achieve a triumph at that time as planned to be the dominion and centre, it gave the Russian regime vast experience to settle the ground under its populous armed fleet. On August 23, 1939, the former Russia, and the later Soviet Union, signed a decisive ‘non-aggression pact’ with Nazi Germany. The pact was driven by the hidden distribution of ‘spheres of influence’ between Germany and the Soviet Union. According to the spheres of influence, Poland, Lithuania, Latvia, Estonia, and Finland were divided between Germany and Russia as satellite states.

However, the treaty did not last long due to invasion of Germany on Poland on September 1, 1939, which was deterred by Russia on September 7, 1939. Both the powers had to sit on a negotiation table to sign the German-Soviet Frontier Treaty for rearrangement of their spherical influences in the region. The Soviet Union violated the treaty in March 1941 by its forceful annexation of Estonia, Latvia, Lithuania, and parts of Romania into its territorial domain. These annexations of areas of spheres of influence by the United Socialist Soviet Republics (USSR) pushed Germany to terminate the German-Soviet Frontier Treaty with Russia on June 22, 1941.

The outcome has been visible in the increasing Russian GDP, which is expected to be $1750.00 billion by the end of this quarter

German leader Adolf Hitler pushed forward its military to invade the USSR. Joseph Stalin, the communist leader of the Greater Russia, who had the credit of signing a pact of non-aggression with Germany, fought the German aggression. That commitment of Stalin led the Red Army to conquer Berlin after many setbacks, and helped to end the Second World War in 1945.

The ‘revolutions’ of the USSR didn’t stop there. The bipolar blocs, eastern and western, produced roots of hatred between the USSR and the USA, which led to the Cold war. The main role on the east bloc was of the satellite states, which were apparently on the side of the USSR, but were pumped up by the western bloc of the US and allies. The proxy and indirect physical combat supported by the US crushed the dream of a Greater Russia, which was sought by many USSR leaders. As a result the USSR collapsed, and was broken into fifteen sovereign states in 1991.

Keeping the approach of consistency under the leadership of former KGB director, one-time prime minister, acting president and four-time elected president Vladimir Putin, the former USSR is once again reinstating its position in the international dominion of superpowers. During the presidency of Putinin August 2008, Russian forces entered Georgia and occupied Abkhazia and South Ossetia. Russia also annexed Crimea, part of Ukraine, by launching war against the Ukrainian army in 2014.The Putin regime revived diplomatic ties with the current sovereign states of the former USSR.

Bilateral trade ties has had been the main focus of Kremlin. It is following the ‘soft approaches’ to increase its economic and trade diaspora with bordering neighbours and the former satellite states. The outcome has been visible in the increasing Russian GDP, which is expected to be $1750.00 billion by the end of this quarter. Under the eagle-sighted and visionary leadership of Vladimir Putin, Russia has been consistently engaged in regional issues, such as the US-Iran clash and war in Syria. Russia has also shown its reaction over the Saudi-Yemen conflict, and peace process in Afghanistan.

As compared to past, the diplomatic approach of the former USSR has completely changed. Russia has adopted the strategy of inclusion to serve its regional and global interests rather than applying exclusion. In the current Afghan peace process, Russia hosted several sessions for the Afghan Taliban and influential leadership, including political figures and experts from different parts of Afghanistan and abroad, to find the best possible steps for progress and stability in Afghanistan. Russia and Pakistan are in continuous contact for sustainable peace in Afghanistan.

In the recent past, Russia proved its role in winding up some global issues. From Europe to Far East and from the Middle East to South Asia, Russia’s influence cannot be neglected. The revival of the former USSR with a new vision of Europe-Asia unity can fill the gap created in the past due to extensive warfare in both the continents. Russia can once again achieve its dream of a Greater Russia under the leadership of Vladimir Putin.

The writer is an Islamabad-based freelance journalist. He can be reached at sher.khanbtimes@gmail.com