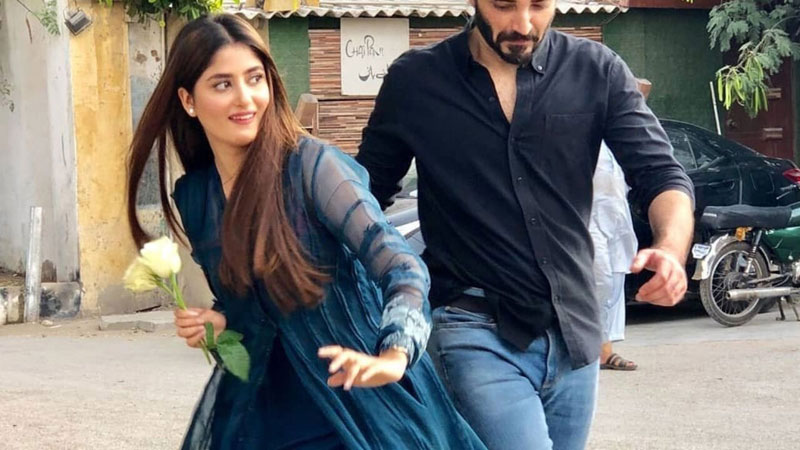 It has been a while since I watched something that made me as happy as watching something immensely exciting from my childhood. Added to my watch-list the moment I had a look at its trailer, this new drama had me glued to my screen as I watched the very first episode. The impact it created sent me in the whirlwind of emotions and memories. Given the aesthetic appeal it held, the drama earned a great amount of admiration from the critics.

‘Alif’, the story of a girl Momina, a role played by Sajal Ali, revolves around her struggle of becoming someone she is not and what she does not want to become while everyone around her is convinced that she has all that it takes to be one – an actress

The male lead played by Hamza Ali Abbasi on the other hand, has his share of suffering as a child, attached to his present. Momin runs away from his past and the pain inflicted on him. The wait for his father leaves him hopeless. Every time he waits for his father to get back home, disappointment awaits him.

Momin and Momina, the characters around whom the story revolves, are very much different from each other. Forced to do what she does not want to do, Momina faces many challenges to earn her living. Her first encounter with Momin is not pleasant either and all she gets afterwards are the tantrums of her friends and family for not making consistent efforts for Momin’s film

Momin’s mother, moreover, is a character played by Kubra Khan who goes through the pain of waiting for his husband to return. Filled with agony, yet certain that he will return some day, she reassures Momin and keeps telling him to wait. The next thing we see is Momin growing up into a man who is quite opposite to what he was as a kid. We can feel the misery and suffering that follows the wait for someone. The mother and son’s relation adds to the beauty of the serial. 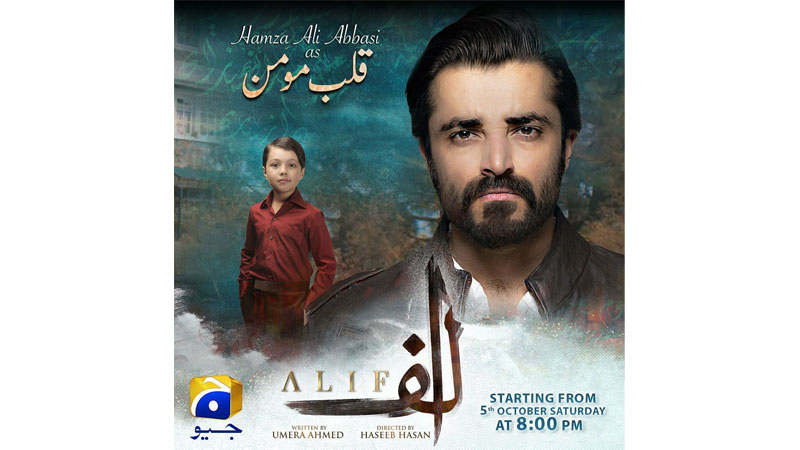 Momina’s family on the contrary, faces worst financial crisis with Momina’s brother being ill and her father merely living in his past, not letting go of the fact that he has lost his prime time as a make-up artist. It is now upon the shoulders of Momina to support her family by doing what she does not want to do – acting.

Being a struggling actress where she has to go through a lot to prove herself, Momina does not crave stardom or the limelight others seek. While she bears the hardships the society has to offer to her valiantly, her heart finds peace in the art of calligraphy.

All the scenes from ‘Alif’ are beautifully picturised. With the strong script and a lot of efforts put into the direction, ‘Alif’ stands out as one of the best dramas produced in Pakistan. The first two episodes, so far have been very successful in portraying the stories relating to both the past and present of the cast aptly. We await more of the drama with the hopes of seeing better script, direction and last but not the least, Sajal Aly and Hamza Ali Abbasi’s chemistry.

The writer is a blogger and an activist. She can be reached at maggavall@gmail.com