Poverty is one of the major issues faced by Pakistan. We rank 150th on the human development index among 189 countries. This alone speaks for the miserable condition of our people. Up to 29.5% of our population lives below the poverty line constituting approximately 55 million people.

There is no denying the fact that poverty is indeed the mother of all evils. It claws it tentacles deep inside the people and brings men to their knees begging for a piece of bread. It snatches the roof from their heads, rips their clothes and bares them to freezing cold and scorching heat. It exposes them to fatal diseases , sucks the marrow right out of their bones and blows the feelings of pessimism, depression and hatred into those bone sunken hollow skeletons.

Its negative effects spread like venom from individuals to society and from society to the economy. Therefore tackling this vicious evil is of vital importance.

Out of the 29.5% of our people living in poverty 70 % exist in the rural areas. The reasons for higher poverty in the rural areas comprise lack of education and vocational trainings, lack of health care facilities , high population rate etc.

In the light of this disparity more focus needs to be placed on rural poverty alleviation programs. Since we are an agrarian economy majority of the rural area comprises agricultural land. 48% of our total labor force is employed in the agricultural sector. 25% of our GDP comes from agriculture. And 20% of our total exports are agricultural products. This sector needs the utmost attention as millions of people are associated with it. The current policies of poverty alleviation are more centered on other sectors and the efforts to make farmers well equipped are little. The efforts of this segment are too high , their compensations too low. Most of them struggle to make ends meet. It is ironic that those who are the reason for food at our tables are themselves struggling for their basic needs.

The major issue in our agriculture sector , currently, is the shortage of water. All the handwork put into the land goes to waste because of water shortage. Most of our crops require abundant water and the shortage deteriorates the quality and quantity of the yield leaving the poor farmers in huge losses.

Since dam construction and better irrigation system are rather time taking and costly solutions to water shortage, the government must focus on more effective alternatives available. One such alternative happens to the ”drip irrigation”.

This technique was initiated in Africa and due to its high success rates has being replicated in many countries around the globe. Not only does this technique supply adequate water to the crops but also saves water. It can save up to 60% of water consumption and increase up to 90% of the crops yield compared with conventional methods. Another benefit of this technique is that

fertilizer can be mixed with the water and through drip irrigation the soil will be smoothly nourished. Thus it will solve the farmers problem of access to quality fertilizers as well and ultimately improve the quality of the produce.

Secondly our farmers are mainly illiterate and use traditional methods of farming which are less effective, as they are not aware about modern farming techniques. By introducing some educational programs for them they can be introduced to more productive farming methods.

In addition to that the access and proportion of micro financial loans must be increased in the agriculture sector. Mostly the benefits of these loans are reaped by big agriculturists leaving the larger proportion of poor farmers struggling. Policies must be made and implemented which prefer poor farmers for such loans. And if the farmers have being educated about the modern techniques as mentioned above they can come up with effective proposals for acquiring such loans.

The government must introduce awareness campaigns for these people in order to keep the population in control and help raise their standards of living.

Implementation of the above mentioned policies will not only bring down the poverty rates but also flourish the economic situation of the country. Investing in agricultural sector is much more powerful in lifting people out of poverty as compared to investing in other sectors. It will improve the incomes of nearly half of our labor force, increase food supply, reduce its prices ,boost our agricultural exports and help stabilize the macro economic situation and promote economic growth. 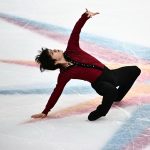 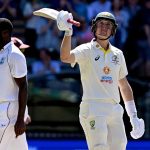 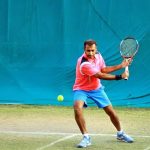 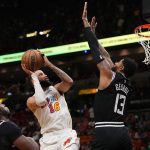 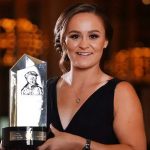