Why are there more dengue cases in Islamabad as compared to cases in the whole of Punjab?

Why does Islamabad have more cases than Rawalpindi?

Islamabad has expanded its surveillance of dengue cases. It means that Islamabad is doing active surveillance and has included all possible places of patient’s inclusion (adding new hospitals, clinics, private health facilities in its reporting). So, Islamabad’s surveillance system is manifold more sensitive (catching more dengue patients from the community).

Why should we catch more cases of dengue and look bad in the eyes of those who don’t know the subject? People are going to compare just the number of cases in one city with others.

If we want to control the outbreak, we have to catch the maximum number of patients. It’s like a jigsaw puzzle. If we are missing a lot of pieces, we can’t tell what the picture is. So, the true number of cases in an outbreak can help you to:

Identify true hot spots and mount an effective response. If you are getting incomplete information, your response will be ineffective and fragmented. Underrepresented numbers will prolong the outbreak and increase morbidity and mortality 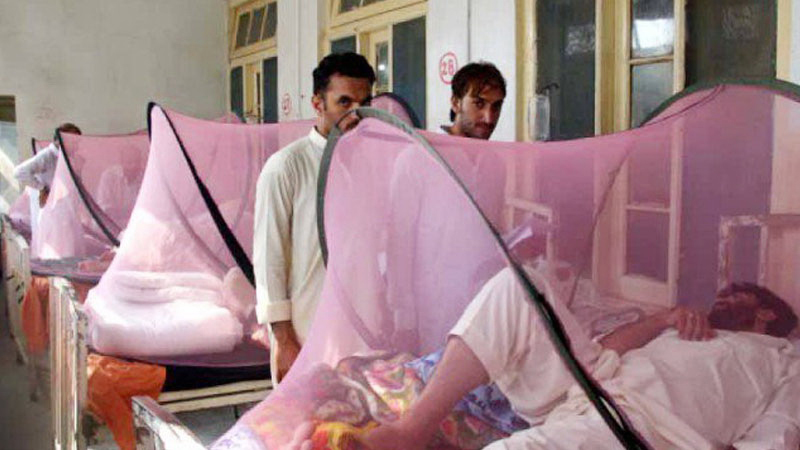 Identify the trend of an outbreak, including the source and the type of spread. As an example, the complete data of Islamabad now shows a downward trend while incomplete data (only traditional sources) of the same city shows an upward trend. Incomplete data provides false information and affects decision-making.

Are these two outbreaks, one in Islamabad and one in Rawalpindi?

Bugs don’t respect national borders. And, surprisingly, we are concerned about geographic boundaries between Islamabad and Rawalpindi. For all practical reasons, its one geographic block for diseases and should not be considered distinct for disease-fighting strategies. However, due to administrative issues, the challenge is how to not only coordinate but merge two city-systems for at least outbreak response planning and control strategies implementations.

What is the status of the outbreak? Is the number increasing?

I assess that we are at a better spot now than a week earlier. The reason we have a downward trend in this outbreak is that we moved towards finding the real extent of the outbreak. It helped us understand the dynamics of the outbreak and mount a major response by more than 65 teams and the sanitation department (Thanks to all those who are working on it). This decline is earlier than expected as Islamabad weather is still good for active mosquito bites in the day-time and not cold enough to kill it in the nigh-time. That means this approach has decreased people who could have been sick and have a complication. All outbreaks die down in time but our earlier and effective intervention help save more people.

What are the next steps? Both for citizens and the government!

The ultimate control on dengue is only possible through full community engagement. That means we should be vigilant to ensure cleanliness in our houses and outside. Walls of our house are not going to protect us from mosquito bites. Making sure that we don’t have stored water uncovered anywhere. Ensure proper insecticide use inside the house including back and under the furniture and proper dressing and mosquito repellents outside.

Ministry of Health also can’t control dengue working on its own. This will need a wide collaborative effort from the Ministry of Environment, Education, Planning and Development and finance along with the active engagement of NGOs.

Can we eliminate or eradicate dengue?

So it would be more prudent to control the dengue. With better planning, we could do vector surveillance and ensure early detection and response to outbreaks. With good surveillance of both human and vector (mosquito), we may be able to predict hotspots before they become disease spreaders.

In the end, I would like to give a disclaimer that I am providing voluntary technical assistance for the last two weeks to Dengue outbreak control efforts at the Ministry of National Health Services, Regulations and Coordination (MNHSRC).

The writer is an Adjunct Professor of Epidemiology at the University of Nebraska, US