The Kite Runner — a masterpiece written on true means of friendship 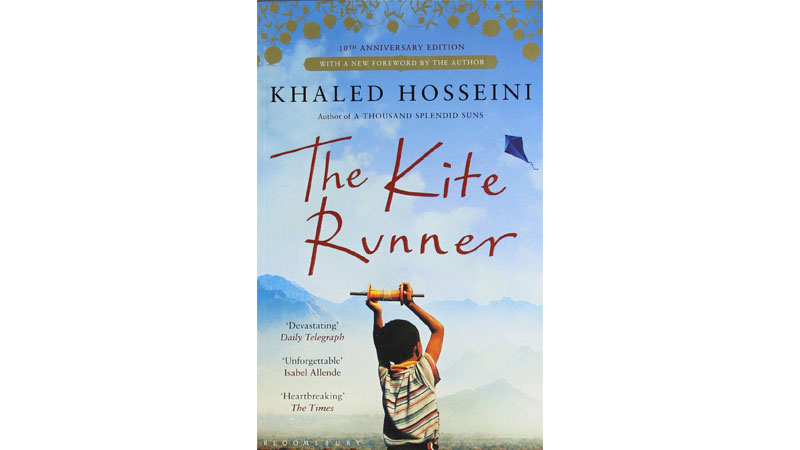 The Kite Runner is a novel written by Afghani writer Khalid Hosseini, who later took political asylum in California, United States, after the emergence of the Taliban in Afghanistan.

When you start reading the novel, you join the author in his journey from Kabul to Peshawar and then to California, US. The story starts from Kabul, where Amir and his father live with their Hazara servant Ali and his son Hassan. Amir and Hassan grew up together as childhood friends. They live their lives in Western and Afghani mix cultured city Kabul of that time. They see the lilies blooming in the parks of Kabul, they watch the crowds celebrating cultural heritages in the streets, and they see and take part in winter kite running tournaments. Likewise, in one tournament Amir wins the kite tournament. And on that day what happens changes the life of Amir and guilt feelings immure him onwards for the whole life.

On the day of the kite running tournament, when evening falls and the tournament enters in its final phase, only two kites were flying over horizons in the sky, on one side there was Amir and Hassan and on the other side their opponent. Finally, Amir cuts the opponent’s kite and wins the tournament. Hassan runs to catch the opponent’s falling kite for Amir. When he picks the falling kite and returns to Amir, he encounters a bully boy Assef and his two other friends. After a long wait for Hassan, Amir enters to streets in search of Hassan. When Amir comes closer to Hassan and these bullies, he stops and holds on a wall, and watches the happenings in the street. Assef tries to snatch the kite from Hassan that Amir cut with his kite, But, Hassan refuses to give the kite. Assef behaves Hassan shoddily and dishonours him.

“Sometimes, what happens in a few days, even a single day, can change the course of whole life.”

After that unfortunate day, Amir gets so frustrated and inferior and guilty feelings to incarcerate him for he did nothing for his friend despite watching sin committed in-front of him to his friend. Time passes and Amir becomes tired of his guilt-ridden life. So, with his conspiracies, he compels Hassan and his father to leave the house. And one day he watches Hassan and his father taking their belongings and leaving the house.

Soon after Hassan and his father leave the house, Afghanistan comes under the forces of the Soviet Union. And the ordinary life of people becomes miserable, so, Amir and his father decide to take asylum somewhere else in any other country. They leave their house and travel to Peshawar, Pakistan. And then they turn to the USA, where they live the rest of their lives. Amir’s mother faces death while giving birth to Amir, so in USA Amir and his father live alone in an apartment and earn their livings. With time life changes and Amir’s father falls ill. Amir gets married to a girl, daughter of his father’s friend. And then Amir’s family increase to three persons. But soon after Amir’s father dies and they bury him there in the USA.

“There is always a way to be good again.”

On the day of the kite running tournament, when evening falls and the tournament enters in its final phase, only two kites were flying over horizons in the sky, on one side there was Amir and Hassan and on the other side their opponent. Finally, Amir cuts the opponent’s kite and wins the tournament

One day Rahim Khan calls Amir, an old friend of his father from Peshawar. Rahim Khan shows his will to meet Amir, and then Amir leaves for Pakistan to meet the old friend of his father. Later on, after reaching Peshawar, he discovers from Rahim Khan that the Taliban has taken over Afghanistan and the Soviet Union had left. He also discovers that Hassan was his half-brother, his step-brother, the son of his father from another mother that shakes his entity. From Rahim Khan, he learns that the Taliban has killed Hassan and his wife for being Hazaras, for they think Afghanistan is for Pashtuns only. Rahim Khan urges him to go to Afghanistan and bring his orphan nephew, Sohrab, son of his half-brother.

“True redemption is when guilt leads you to good.”

Amir rushes to Afghanistan to bring his orphan nephew, to compensate what he did to his friend Hassan, to sigh relief to his heart, and to pay the price of his guilt. When he travels to Kabul, his heart sinks, he passes through burnt houses, barren villages, destroyed buildings, destroyed parks, and destroyed vehicles. He feels the smell of rocket launchers and bombs in the air of Afghanistan. He sees the Taliban committing sins and slaughtering local people for the sins they have not even committed. All this leaves him to tears. This is not the Afghanistan that he and his father left many years ago. He passes from the streets where he spent his childhood, he passes from his house, where he and Hassan used to play and climb the trees in the garden. He sees desperately to his father’s house left alone and all the walls holed with bullets.

In Kabul, from an orphanage, he comes to know that his nephew is under the custody of the Taliban. After a lot of difficulties, finally, he meets with the Taliban and demands them to free his nephew. And finally, he succeeds in getting his nephew return back to the USA.

In short, The Kite Runner is a masterpiece written on true means of friendship. Secondly, it depicts the picture of the social and political lives of people of Afghanistan before and after the emergence of the Taliban as it is written in the backdrop of Afghanistan. Additionally, it also teaches the lesson of bravery, patience doggedness.