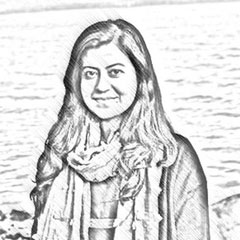 As a cultural event the Islamabad Literature Festival (ILF) has come to occupy a distinctive position in the cultural, educational, and literary life of Pakistan. A young city, Islamabad vibrates with the energies of the Pakistani youth, its naturally beautiful location makes it an ideal place for literary, cultural, and creative inspiration to flourish. Oxford University Press (OUP) has been doing a great job in bringing literature, poetry and music to the people through the ILF again and make them enjoy the cultural heritage of Pakistan while inspiring new trends in literature and other fields of book writing. Under the motto ‘Focussing on Tomorrow – Reflecting on the Past’, it offered three rich days filled with discussions, book launches, mushairas and musical events.

Fitting the topic of the event was the sneak preview of a forthcoming book titled “Blood over Different Shades of Green”, East Pakistan 1971 – History Revisited’ under publication by OUP. The two authors – well-known columnist, security analyst and outstanding entrepreneur Ikram Sehgal and German academician Dr. Bettina Robotka were guided by renowned academician and TV anchor Dr. Huma Baqai in explaining to the audience the reasons why they took to writing just another book about this tragic event in Pakistan’s history. The title refers to the blood that has been shed by Pakistanis and Bangladeshis over the respective colours of their flags is an attempt to give a new fresh and objective evaluation to this gruesome event in our history. Having gone through an advance copy of the book Dr.Baqai introduced it to the audience by saying that it was both well-researched and well-written – an example of history inked and dots joined. She highlighted that the forthcoming book has a historical component and a human dimension. It would appeal to many readers because the text is easy to read and comprehend but handles the complexity of the issue well.

One important element of history writing and making it enjoyable is the preservation of personal memories and insights of those who were part of that event and who had seen it first-hand. Ikram Sehgal explained his personal interest and involvement in the events of 1971 with two main facts. One he said was that his mother was Bengali and his father was Punjabi – a fact that led to the strange situation that when the family stayed in West Pakistan he was called a Bengali and when they were in East Pakistan he miraculously became a Punjabi. His father raised the 2nd Battalion of the East Bengal Regiment in 1949 as a Major and later commanded it from 1956 to 1958. He recalled the many suspicions that he had to face later when he had joined the army. Another important fact was that he knew many of the important players of that time personally such as Gen Osmani, Gen Yahya, Mujibur Rahman and others. His maternal grandmother was PPP Secretary General J A Rahim’s first cousin. His maternal grandfather was a cousin of Mohammad Ali Bogra.

History creates identity and the lessons of history need to be learned. This has not been done yet sufficiently

Posted in East Pakistan at that time, where he also served as one of the VIP pilots flying the Commander Eastern Command Lt Gen SahibzadaYaqoobhe was in the middle of what was happening and his memories are an important addition to the already available stock of memories of other players both in Pakistan and Bangladesh and even in India. The main purpose of the military operation launched by the Pakistan Army called ‘Operation Search Light’ was to re-establish the writ of the government in East Pakistan after the break-down of negotiations with the Awami League. Though militarily successful it still could not solve the crisis which needed a political solution not a military one. Whatever was tried by Pakistan turned out to be too little too late. The unbelievable efforts and sacrifices on both sides by the West Pakistani military and civilians and the Bengalis and Biharis has been given much space. The question of genocide that is raised by Bangladesh (and propagated endlessly by India) has been examined thoroughly but not found credible. The role of India, the Soviet Union, the US and China has been analysed and the official disconnect from the ground realities has been covered.

Historian Dr. Robotka has lived and taught history in Pakistan for six years, she explained that there is not only one history of an event and once that has been written there is no more to say about it. With new facts and sources and with the help of hindsight not only the memories about the event, in this case 1971, can be complemented but a new assessment and evaluation is possible and sometimes needed. The question ‘what we learn from history’ can be answered many times anew in the light of new findings and insights. Pakistani history writing has been much under the influence of political expediency to the detriment of what really happened. No doubt the loss of East Pakistan was a traumatic event for the Pakistani people and the Pakistani Army and it takes time to think and talk about it objectively and without too many emotions. The mentioning of objectivity in history writing by Dr. Robotka triggered several questions from the audience as to if any history can be totally objective. Dr. Robotka stated that while explaining that a person looks at a historical event through the lens of his or her mind and anybody’s mind has already set notions about the world. So each and every historical writing has necessarily to have a subjective element depending on the author.

Another problem covered in this discussion was the dismal handling of the public opinion by the government. Even in 1971 without the presence of internet, twitter or WhatsApp the media blackout ordered and enforced by the Pakistani military government turned out to be a fatal mistake. The journalists had to refer to Indian ‘information’ and Senator Kennedy’s narrative about the situation in the refugee camps became the global reality. The 1971 war was lost not only politically and militarily but on the media front as well.

Among the conclusions the book draws include that a better representation of the facts relating to the break-up of Pakistan needs to be introduced into curricula of schools and universities and to the larger public. History creates identity and the lessons of history need to be learned. This has not been done yet sufficiently. The discussion about the book was quite lively and it seems that it created quite some interest in the topic. The book itself is expected to be launched by the end of this year and with the text in everybody’s hand more discussion is sure to come.

The writer is a Senior Research Analyst