The ominous prospect of a war between the US and Iran has loomed large over the last few months. Ever since the US withdrawal from a multi-lateral agreement on Iran’s nuclear program last year, both states have pursued a set of escalatory policies that have pushed them on the precipice of a military confrontation. 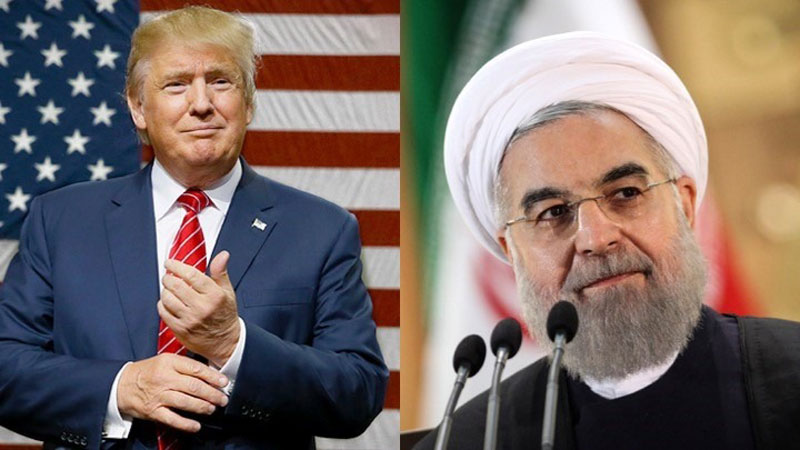 Applying a maximum pressure campaign, involving stringent sanctions, military provocationby sending a surveillance drone in Iranian air-space, (Iran shot it down), cyber-attacks, and most importantly, a steady military mobilization in the region, the US has tried to make Iran to cave in to its demands relating to the former’s ballistic missile program and its support to non-state actors in the Middle East region.

In retaliation, Iran has, besides downing a US drone, allegedly tried to impede the free-flow of oil trade through the Strait of Hormuz by sabotaging four commercial ships near the coast of Fujairah on May 12 of this year and by apprehending a British oil tanker, Stena Impero. Most recently, the US and the Saudi Arabia accused Iran for targeting Aramco oil facilities with weaponized drones and missiles, making the global oil production to tumble down by five percent and for a fleeting moment, oil prices witnessed a sudden uptick. Besides demonstrating the vulnerability of energy infrastructure of the region, there was this implicit message that if Iran was not allowed to export its oil, it had the capability to disrupt the oil trade of the world.

The only silver lining visible in these dark times has been a perceptible pattern of both sides backing off at the last moment from jumping the precipice, notwithstanding the war bluster emanating equally from both sides.

So far, the European parties to the Joint Comprehensive Plan of Action (JCPOA) have stuck to the deal. France has been diplomatically proactive to find a way out of this morass

So far, the European parties to the Joint Comprehensive Plan of Action (JCPOA) have stuck to the deal. France has been diplomatically proactive to find a way out of this morass. President Macron even tried to establish a communications link between Presidents Trump and Rouhani during the United Nations General Assembly Session. The Iranian side rebuffed it, calling it nothing but a photo-op lacking substance. France along with Germany and United Kingdom have time and again, reiterated their political commitment to abide by the nuclear deal, but due to American sanctions, they have been unable to deliver on their economic promises of doing investment in and trade with Iran. The European powers understand the political implications of an alternative to a political solution to the US-Iran tussle. A war in the Middle East will potentially send hundreds of thousands of people to Europe and disrupt the oil trade, a nightmare for an energy-dependent Europe. To pressurize the European parties to the deal to provide it with economic relief, Iran has tried to reduce compliance with some of the clauses of the deal. The most recent quarterly report from the United Nation’s International Atomic Energy Agency confirms that Iran is gradually violating the deal’s provisions. Iran has exceeded the limit on the amount of enriched uranium in its stockpile as defined in the nuclear deal. The IAEA has confirmed that it inspectors had verified the 300kg cap had been breached.

If one important lesson can be drawn from the recent history of the Middle East, it is that any war in the Middle East, given its geo-strategic and geo-economic significance, domestic political structures, the demographic compositions of the states and the regional and international interests involved, will potentially suck in virtually the whole region and the external powers. The Syrian quagmire is a quintessential case. What started as a non-violent uprising soon transformed into brutal civil war between the Syrian government and the opposition forces, with regional and international states supporting different sides in the conflict, in the process making the war more brutal and prolonged. The Syrian conflict has now become an insurrection against the government, sectarian tussle, fight for regional hegemony and major powers rivalry wrapped into one. The cases of Libya and Yemen testify to this assertion that ‘local’ wars in the Middle East will have regional and global implications.

This will be more true if ever a war occurs between the US and Iran. Given Tehran’s influence in the region through non-state actors in Lebanon, Yemen and Iraq, its significant footprint in Syria and its not insignificant defense capabilities, especially its indigenously-developed ballistic missiles, any war with Iran will have catastrophic effects that would dwarf the horrible consequences of American invasion of Iraq.

May be such a realization has so far dissuaded both sides from going into war. Considering the frequent policy pronouncements by President Trump that he wants to bring back American troops fighting in Afghanistan and the Middle East, a new war with Iran will inevitably involve greater military entanglement and more American troops on the ground. But given the various flashpoints that can possibly trigger a war, it is insufficient ground for complacency.