The thin line between breaking news and fake news being crossed

Abid Ali, one of the most famous actors of Pakistan’s television and film industry, passed away few weeks ago in Karachi. Although Abid Ali breathed his last on that particular day, some excessively eager people, in the quest of getting credit to break the news of his demise, started spreading false news about his death from the evening of 3rd September. 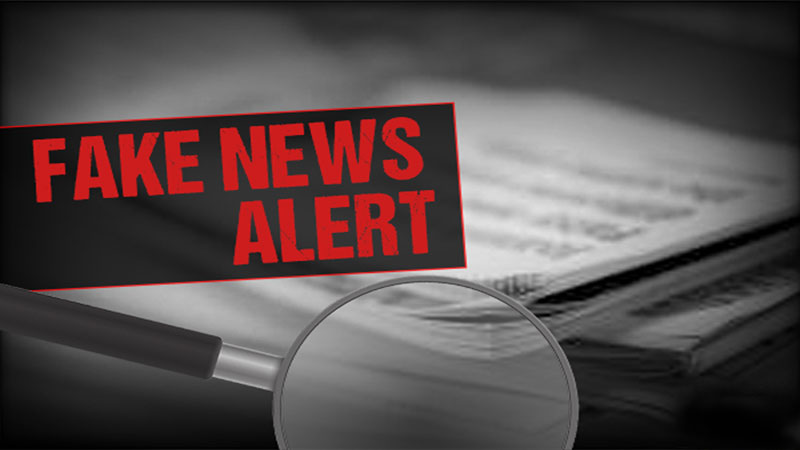 Abid Ali is not the first person who was pronounced dead prematurely. In the last few years, many other famous personalities, including poet Ahmed Faraz, Actress Zaheen Tahira and cricketer Hanif Mohammad, also faced the same fate when news about their death started circulating well before their actual death.

A prominent private news channel, while giving the rebuttal of Ahmed Faraz’s death, pointed out that they were not responsible for running that fake news as they had picked it from the state television.

The phenomenon of fake news is rising because of the fact that conventional and social media are now in a race to give breaking news. It is because their mission to become the first to break certain news prompts them to share the news without proper confirmation. Everyone who is associated with the profession of airing news should refrain from spreading fake news, whether it’s related to politics, society, economy and/or other segments. However, when it comes to human life, they should show humility and be more vigilant, thus avoiding sharing news without proper confirmation.

Family members are already under stress while looking after their hospitalised loved one, be it their father, mother, or any other close relative. Barring a few, majority of hospitals in Pakistan keep attendants of a patient on their toes, and constantly make them run from pillar to post to buy medicines or to get various types of approval before initiating a procedure. Hearing fake news about the demise of a loved one in this situation, when they are making an all-out effort to revive him or her, increases the trauma manifold.

A few years ago, I spent time with my mother in hospital, and it was undoubtedly a terrifying experience. Every creaking noise brings a fear factor for the attendant, and this fear factor rises if a patient is in critical condition.

Daughters of Abid Ali, Iman and Rahma, expressed their anger and displeasure for all those who were spreading fake news about the demise of their father. Rahma, in her Instagram post, not only showed anger against those who were spreading fake news but also showed her anguish towards such indifference. Her words “Jab takzinda hain rehnedain” (Let him live for as long as he is alive) were a clear indication that Abid Ali saheb were struggling for survival.

It is heart-shattering that just after 48 hours of the circulation of this fake news, Abid Ali breathed his last, and provided breaking news to all those who wanted ratings for their news channels or were anticipating an increase in their followers on various social media platforms.

A few days after the death of Abid Ali, some overzealous news portals in India faced the wrath of Pooja Bhatt for circulating fake news about her father Mahesh Butt’s demise.

It is worth wondering how people can calm their consciences or nerves after falsely spreading news about a person’s demise. As technology is improving rapidly, and everyday a new method of spreading news is introduced, the saga of fake news will increase its imprints on society. This is a warning for everyone that whatever news you receive, first confirm it and then spread it.