‘Joker’ — the why so serious fever taking over us 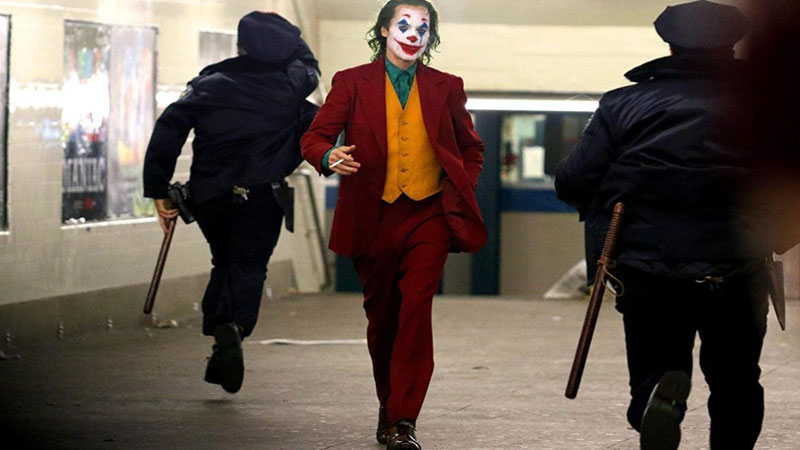 “When you bring me out, can you introduce me as Joker?” asks Arthur Fleck. Most of the time movies are anticipated like Joker, they might end up falling short as occurred to “Thugs of Hindostan”. Joker is the only movie whose hype was real. Director of Hangover Trilogy, Todd Phillips, delivered a better, unique, and different class of notorious Joker, starring Joaquin Phoenix and Robert De Niro. Joker will set new trend in the field of cinema. There will be always soft corner for villains from now on. Deep, dark, disturbing but above all thought-provoking, it might inspire people to become a joker. Villains suffered throughout their lives and with the case of Arthur Fleck (Joaquin Phoenix) the pain and suffering is mighty. It can bring down the mightiest of mightiest. If anyone was in his place, he would have committed the same sane thing.

This is massive achievement of cinema that is extremely rare in a day of CGI nonsense and reboots. The standalone tale of ‘Joker’ is impeccable from its inception to its climax. Joker is going to be revered as transcending masterpiece of Cinema.

Antagonist of ‘Gladiator’ bleeds, sweats and cries his every drop into this magnificently dedicated performance. Until date, for me, it’s hard to believe that actor and producer Joaquin Phoenix didn’t win an Oscar for his portrayal of Commodus in ‘Gladiator’. Don Corleone, character of ‘Godfather’ directed by Francis Ford Coppola, is the only character that has won two Oscars: winning in lead actor was portrayed by Marlon Brando from ‘Godfather l’ and in supporting it was portrayed by Robert De Niro from ‘Godfather II’. Making it only character with two Oscars. Heath Ledger had already won Academy Award for his portrayal of Joker from Christopher Nolan’s ‘Dark Night Trilogy’ in supporting category, now the leads are in the hand of Joaquin Phoenix’s Joker to win Best Actor in lead to make it second character with two Oscars or else it will be greatest snub of this century. “I hope that my death makes more sense than my life (Arthur Fleck)”

In cinema hall where I was sitting and depressed by hysterical and creepiest laugh of joker, which was full of emotion and empathy, audience was enjoying it. Audience was laughing. That was not a laughing matter, or I just end up in wrong hall with unethical audience. What scared me most was not Arthur Fleck but the audience sitting behind me. We humans are just like that, laughing at sorrows of other. “Everybody is awful nowadays (Arthur Fleck)”

The direction, screenplay, cinematography is slickly brilliant, bleak settings, tones are blatantly discernible throughout. Soundtrack is flawless and set the perfect mood for the film at every part. But above all the actor of, ‘The Master (directed by Paul Thomas Anderson)’ has done tremendous job. Joaquin’s performance as Joker was grotesque, disturbing, haunting, cringe and nihilistic. Joaquin goes deep down in the head of character, becomes psychopath, danced wildly, manically and does not fell empathy for himself. His dancing moves were emotions in itself, that depicted his neurological disorder of laughing at inappropriate times. Written in Arthur Fleck’s notebook, “the worst part of having a mental illness is people expect you to behave as if you don’t”. It was tragic, emotional rollercoaster, sometimes multiple emotions were strangling out from our throat at same time. This is undoubtedly greatest performance since Heath Ledger, who would be smiling from heaven. Joker is far from a typical action-riddled conventional movie. It’s a proper psychological thriller/drama with peerless character development I have ever seen.

Antagonist of ‘Gladiator’ bleeds, sweats and cries his every drop into this magnificently dedicated performance. Until date, for me, it’s hard to believe that actor and producer Joaquin Phoenix didn’t win an Oscar for his portrayal of Commodus in ‘Gladiator’. Don Corleone, character of ‘Godfather’ directed by Francis Ford Coppola, is the only character that has won two Oscars: winning in lead actor was portrayed by Marlon Brando from ‘Godfather l’ and in supporting it was portrayed by Robert De Niro from ‘Godfather II’

A very unique take on why we love joker. The story of underdog put through a very tasking time capturing elements on mental dispositions and what it’s like to be bullied by your peers. If compare to Heath’s performance this is better tour de force, just because there is more of Joker to engage with on many layers understandably. Ledgers joker is rational that acts insane, while Phoenix’s is insane to the root: both are distinctive. But kudos to Joaquin Phoenix to portrayed without stumbling and maintaining the decorum and legacy of Joker. He lost 52-pound weight to rejuvenate the legacy of Joker and says, “Once you reach the target weight, everything changes. Like so much of what’s difficult is waking up every day and being obsessed over like 0.3 pounds. And you really develop like a disorder. I mean its wild. But I think the interesting thing for me is what I had expected and anticipated with the weight loss was these feelings of dissatisfaction, hunger, a certain kind of vulnerability and weakness. But what I didn’t anticipate was this feeling of kind of fluidity that I felt physically. I felt like I could move my body in ways that I hadn’t been able to do before. And I think that really lent itself to some of physical movement that started to emerge as an important part of character” 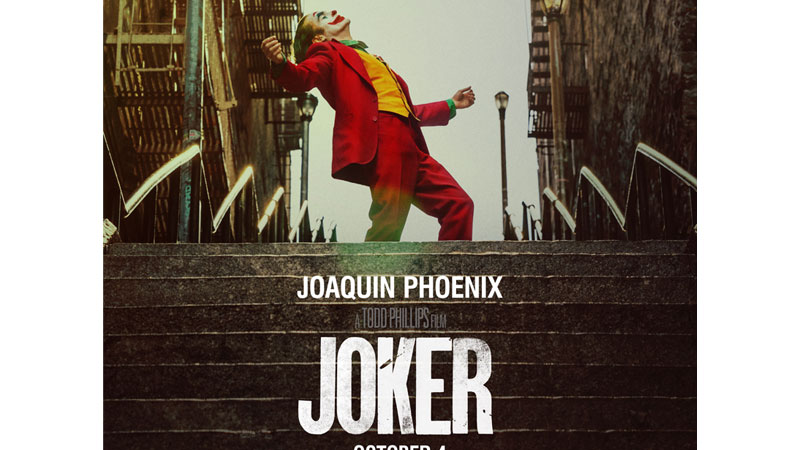 I don’t understand why critics are surprised to find it disturbing and violent, were they looking for another Marvel? Or they are just ignited by the comment of Martin Scorsese (director of Taxi Driver), who bashed Marvel by calling it “that’s not cinema.” Joker is not violent, joker is truth, joker is reflection of cruel society and critics are part of that society unable to digest the truth and unable to praise unpredictable films. “Nobody is civil anymore (Arthur Fleck)”.

Joker is intense, realist with the impulse of perfect combination of plot. Joker shows us what society thinks of neglected people and how the power can be obtained in the malice world.

“I used to think that my life was a tragedy, but now I realise, it’s a comedy.”