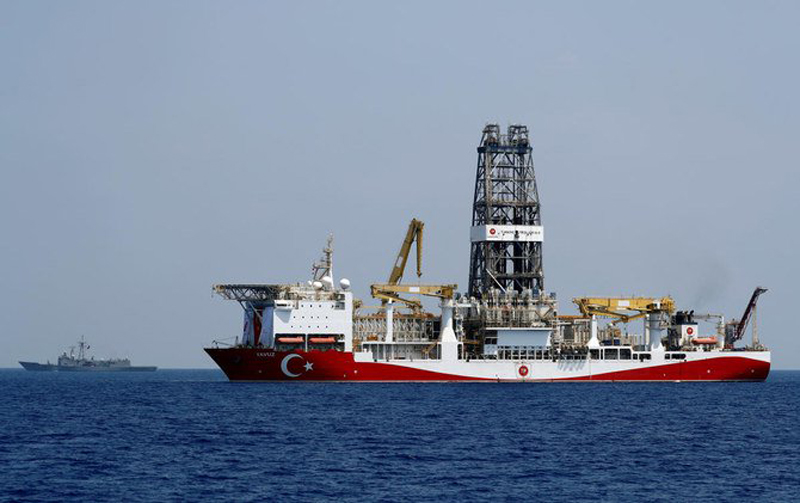 ISTANBUL: The Turkish drillship Yavuz will begin drilling for oil and gas southwest of Cyprus on Monday or Tuesday, Energy Minister Fatih Donmez said, in a move which has intensified tensions between the two countries.

Ankara said on Thursday it had sent the ship to the area where Greek Cypriot authorities have already awarded hydrocarbon exploration rights to Italian and French companies.

Cyprus has accused Turkey of a “severe escalation” of violations of its sovereign rights.

“All preparations have been completed, and it (Yavuz) will start its first drilling in the area either today or tomorrow,” Donmez told an energy conference on Monday.

Turkey has already drilled wells in waters to the east and west of the island, triggering strong protests from Nicosia and the European Union in recent months, including EU sanctions.

Turkey and Greece are allies in NATO but have long been at loggerheads over Cyprus, which has been ethnically split between Greek and Turkish Cypriots since 1974.

The internationally recognized Greek Cypriot government represents Cyprus in the European Union, while a breakaway Turkish Cypriot state in the north is only recognized by Ankara.

The latest development is the first time the two sides have targeted the same area. The United States has warned Turkey not to engage in “illegal” drilling activity in the area.