Smog and its real culprit

Lahore has recently been taken over by a ‘mystical fog’ – the smog. It is created when nitrogen oxides released from the car exhausts, coal power plants and factory emissions reacts with sunlight with at least one volatile organic compound (VOC) in the atmosphere. These VOCs are released from gasoline, paints and many cleaning solvents.

This smog isn’t just restricted to Lahore but has been affecting cities in India as well. New Delhi is also facing a similar problem and it’s isn’t expected to dissipate for another three days – as per the rain forecast.

We didn’t know the true cause of the Lahore’s smog earlier but we have discovered the reason now. The National Aeronautics and Space Administration (NASA) has publicised new information that reveals the main reason of the smog that’s engulfing Lahore these days.

The cause for this pollution seems to be wide-scale burning of crop – in the Indian side of Punjab. According to the image released by NASA – that shows the source of this haze is due to the crop burning areas from India. 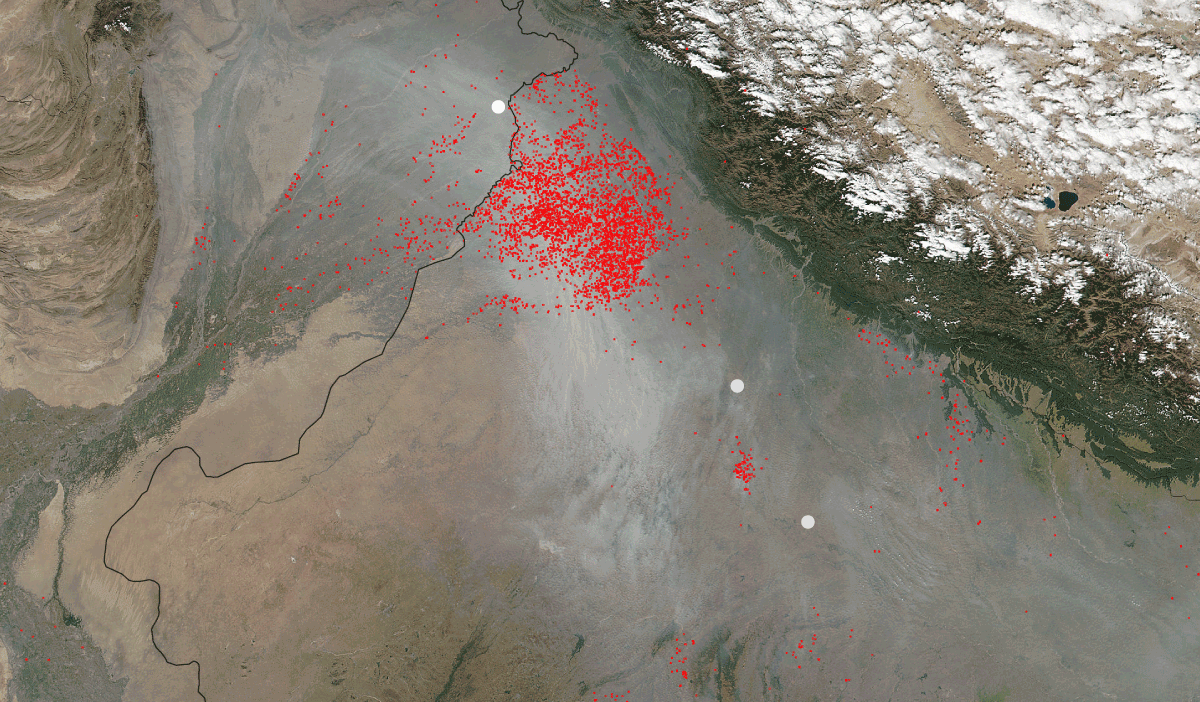 The places marked in red are the locations which are involved in crop burning. As you can see, majority of crop burning originates from India, particularly Indian Punjab with the city of Jalandhar centered around it.

According to the New York Times, the farmers in those areas burn the left over straw instead of getting rid of it through other means. The left over straw is as much as 32 million tonnes – which would explain the cause of the so-called ‘fog’.

– ‘Difficulty for some becomes misery for all’ –

These Indian farmers say that they cannot afford the expensive equipment to clear the land so they resort to burning it instead. Experts said that all these crop burnings in India are ultimately causing the smog in Pakistan – particularly in Lahore and vicinity. 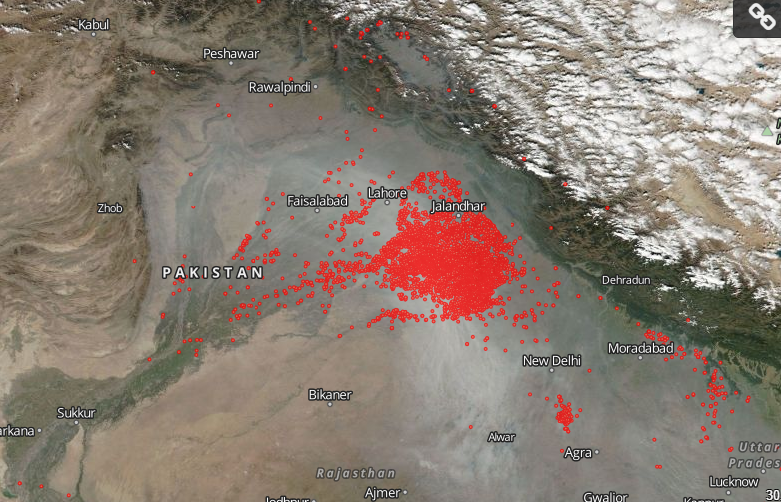 The Pakistan Meteorological Department (PED) said that rain is the only cure for this smog – which is not forecast for a few days at minimum. This smog in Lahore has already caused counts of allergies, including eye burning and breathing issues.