Safety of our children

Children of lesser fate seldom have much importance in our country, and there are too many of them. Every day, many of our children suffer pain, misery and cruelty inflicted by those older than them. They are chained, kidnapped, tortured, raped and even murdered. What a place we offer our children where horrific crimes against them make the headlines almost every second day. It is a pity that our children have to be in such a threatening environment. 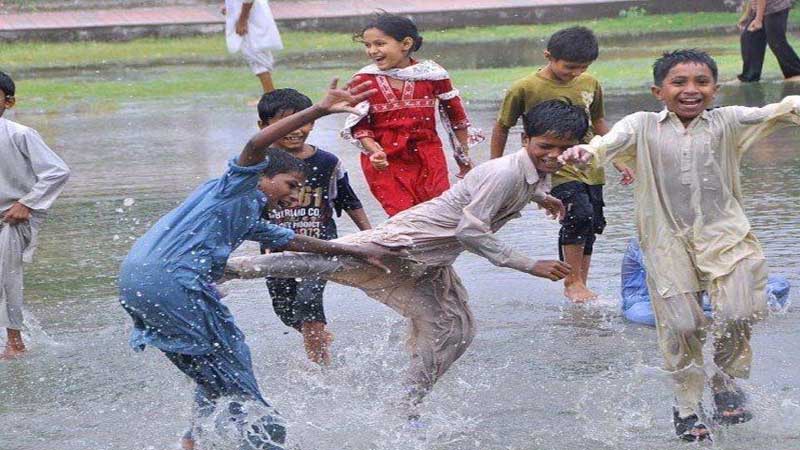 Crimes against children are so ferocious and so frequent that our societal fabric seems severely damaged. Parents live more in fear rather than enjoying the childhood of their children. Such a looming vulnerability not only engulfs our society in a sense of enormous fear but does also raise questions on the sanctity of relationships. It is hardto distinguish between friends and foes. The social fabric seems to be fragmenting fast as empathy and kindness are fading.

Children remain vulnerable everywhere-in schools, markets, seminaries, playgrounds. Fear has restricted the playful joys of childhood, education and sporting endeavours that are the basic rights of children. It is now rather than later that all of us have to raise our voice and join hands for a collective action for the wellbeing of our children.

At the outset, we need to strengthen the legal framework that ensures children’s protection. A review of laws that are meant to address issues pertaining to child protection from abuse and violence suggests that some prudent measures are immediately required in order to augment the respective legal framework.

Firstly, the laws are mostly premised in a responsive approach. The laws seem to be waiting for some incidence to occur in order to come into force. These laws require embodying a preventive approach instead.

Secondly, the laws concerning child protection do not appreciate whistle-blowing on the basis of suspicion of crimes against children. The absence of such an element in our laws on child protection has exonerated people from a collective responsibility of ensuring safety of children. Such laws rather threaten the whistle-blower with severe penalties in case the complaint may be found false, read frivolous.

Children that are vulnerable to abuse and violence thus continue to suffer. No one can question any adult about his right of custodianship while accompanying a minor girl or boy, even if he is in the process of kidnapping, abusing and/or killing. Such a legal vacuum is further incubating the process of our social fragmentation. It is assumed that the safety of children is an exclusive responsibility of their parents alone, and no other soul should intervene even if they observe a crime against children whilst it is in making.

Provincial governments are highly urged to institutionalise a specialised complaint redressal mechanism in order to provide fast-track attendance to cases of crimes against children. Collaboration with civil society organisations is also imperative to enhance the coverage of such a system. A specialised complaint redressal system should provide immediate rescue, treatment and public litigation services. In cases of crimes against children, it should be the state that is the litigant against the perpetrator. Such a provision will require a legal reform that will make any crime against children a compoundable offence. The recently instituted child protection bureaus in provinces could provide a good platform for such an endeavour.

It also remains a taboo to talk about a high prevalence of crimes against children in seminaries. Why do we need seminaries?

Permission of guardianship should also be made a legal provision in laws related to child protection and safety.

It was strange to see sixty-seven relatives of Zainab’s killer bidding him farewell on the morning of his sentenced hanging. At least 67 people did not feel ashamed of declaring their kinship with the killer. It indicates a lack of social conscience, and that is aggravating in our society. Many government and law enforcement officials witness child labour, child begging or cases related to child protection everyday, but they seldom do anything to cultivate a culture of a collective conscience. It is awful that crimes against children are taken by such officials as only an official duty, and not as a matter of societal concern. We surely need more social education to foster a culture that takes safety of children seriously.

Laws and regulations are contractual instruments of interaction between the state and its objects: the people. Maturity of laws hence also depicts the level of commitment that a state owes to its people. Also, maturity of laws is an outcome of our collective assertions depending on the level of the maturity of people’s consciences. It is, therefore, imperative to design and apply such curricular instruments that are meant to enhance our social conscience regarding safety of children. An upgraded social conscience will soon impel the laws and actions in ways that safety of children would become a matter of our collective concern.