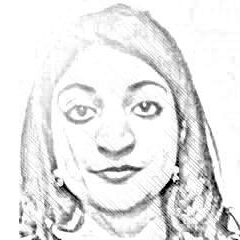 The IMF mission recently on a visit to Pakistan gave an optimistic prognosis as Pakistan’s economy is recovering and has shown progress with a decline in current account deficit and has projected a growth rate of 2.4 percent. The IMF mission stated that “Pakistan’s economic program is off to a promising start, but decisive implementation is critical to pave the way for stronger and sustainable growth”. Should the government be satisfied with its macroeconomic performance or is there a need for more meaningful structural reforms? Well keeping view of the conditions of masses they feel burdened by the double digit inflation (11.63 August 2019), rising poverty (multidimensional poverty in Pakistan is 38.3% 2017-18) and unemployment (5.9 % i.e. 3.79 million; male 2.57 million and female 1.22 million). Hence alongside macroeconomic stability there needs to be a consistent effort to alleviate the well-being of the people in terms of education, quality employment, purchasing power parity and healthcare. The kind of ghastly schools where children are brutally beaten like the case of 17 year old Hunain, who was allegedly beaten to death by his teacher for not memorizing the lesson in Lahore, dengue outbreak across various cities and earthquake in Azad Kashmir; the challenges seem to rise at multiple levels. However, without downplaying the scale and complexity of challenges managing a multitude of woes may require extra vigilance but they aren’t entirely insurmountable. We need to get the basics right in order for making progress in social development alongside economic stabilization.

It is sticking to the basics of the economy and capitalizing on our strengths that will make the real difference and not exactly “the out of box solutions” we are apparently seeking. Let’s briefly try to assess where we stand and what we have been trying to accomplish in terms of macroeconomic progress.

Firstly, there is no dearth of bright experts in Pakistan infact there has never been. Inspite of which we try to import experts from the IMF. We can very well find economic managers within our own systems who not only understand the indigenous imperatives but have also proven their mettle worldwide. Anyhow, we need to harness the collective wisdom of our local experts and stakeholders all over the country to help in formulating home-grown solutions. Furthermore, the World Bank has also provided some assessment on Pakistan’s current economic situation. According to the World Bank(2019) in its twice-a-year regional economic update, South Asia stands as one of the world’s fastest growing region, with economic growth reaching up to 7.0 percent in 2019 but the region needs to boost its exports to sustain its high growth and harness its full economic potential. On the other hand Pakistan’s economic growth is expected to decelerate, as besides stringent fiscal and monetary policies, both structural and cyclical headwinds are bearing down on the economic activity. On the supply side, services growth, which has been spearheading growth in the past, is projected to decline to 4.4 percent in 2019 compared to 6.4 percent in 2018. The agriculture and industrial sectors are also expected to grow significantly slower in 2019and 2020. Now this is a worrisome situation. However, growth is expected to recover to 4% in 2021 as structural reforms begin to take effect and macroeconomic conditions improve.

Secondly, the IMF following the Executive Board discussion has suggested that “Achieving the fiscal objectives will require a multi-year revenue mobilization strategy to broaden the tax base and raise tax revenue in a well-balanced and equitable manner.” They have further emphasized that protecting the most vulnerable from the impact of adjustment policies and addressing poverty is also essential.

Developed political institutions must ensure continuity of greater representation at various levels without changing the rules of the game, expropriation of property rights, imprisonment or threatening lives and livelihoods

Taxation policies alone cannot help Pakistan achieve economic momentum as Tax to GDP ratio has already scaled back to 11 percent. Easing economic pressures and building the economy from within to develop its capacity to avoid falling into perpetual economic and financial disruption will require more than just taxation policies. There needs to be an emphasis on export promotion and providing incentive to major export sectors is necessary to improve balance of payment accounts and boosting employment. The government needs to expand and diversify the export market to provide the essential support to the economy.

Thirdly, going after political big wigs one by one would not help in alleviating issues of common man. Except for symbolism and vote bank welfarism relentless witch-hunting will do little to eradicate corruption just like the past governments. Serious legislation on corruption or any issue of national interest would require support from the opposition members. Hence there needs to be a cohesive approach towards major challenges to the economy, national integrity and even corruption. Governments with effective institutional mechanisms do not arbitrarily arrest or harass dissenting voices or political opponents. Political stability will create an enabling environment for macroeconomic reforms to take root. On the contrary discord among major political players besides being despairingly polarizing may slow down the reform process just like the 90’s where low economic growth rates could be attributed to high political instability. Higher level of political instability shortens the time span of policy makers to lead and implement optimal macroeconomic policies. Absence of coherent and consistent policies greatly reduces the government ability to respond to external shocks appropriately. There exist sufficient evidence documenting the relationship of political instability with growth, saving rate, investment, land inequality, crime rate, debt, capital and inflation. Political instability can reduce growth and investment through its adverse effects on property rights. Developed political institutions must ensure continuity of greater representation at various levels without changing the rules of the game, expropriation of property rights, imprisonment or threatening lives and livelihoods. They also ensure that no particular interest group could warp the government in an economically disastrous direction.

Illango Patchamuthu, World Bank Country Director for Pakistan has rightly stated that “Pakistan’s growth must be driven by investment and productivity, which will put an end to the boom and bust cycles that affect the country every few years,”

Briefly, we don’t need anything out of the box. We need to get the basics right and bite the bullet for institutional and structural reforms. Look around for similar successes. Rely on our comparative advantages and capitalize.

Just like rest of the South Asia; there’s no single solution that can unleash Pakistan’s export potential and policymakers need to implement a broad range of reforms that can turn the country into a major export powerhouse. Efforts should include trade diversification, spurring entrepreneurship, and equipping citizens with the skills they need to compete on the global market. Being creative and relentless in all these efforts would stir the economy out of turmoil.