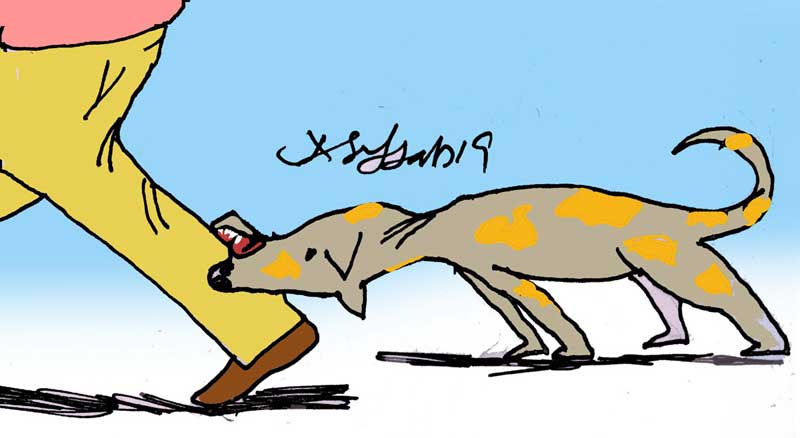 Sir: There are millions of stray dogs all over the world roaming all around. In our rural areas, cluster of stray-dogs lurk eveywhere forcing pedestrians to carry sticks to scare them away and those on motorcycles.

Due to these doges, dog-biting is very common especially in rural areas and so is rabies. According to reports, more than 1000 people were wounded and bitten by stray dogs in past two months.

In July this year, more than 350 dog-bite victims admitted in hospitals across the province and another 380 admitted in Lady Reading Hospital in Peshawar. Moreover, globally around 60,000 people die every year from rabies and WHO estimates that most of the deaths occur in Africa and Asia.

Here, still no one is paying attention to the growing issue of stray animals in the province KP. The solution is not to shoot the stray dogs rather we only need measures to control the population of strays. The government should vaccinate stray dogs and lunch sterilization campaigns.