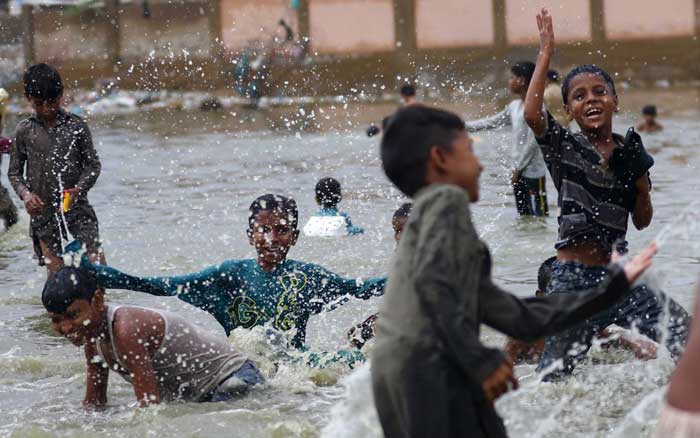 Jamshed Khan started complaining of headaches one Monday night earlier this month – three days later he was dead. As the pain spread from the 19-year-old Karachi medical student’s head to his spine, he grew feverish and began vomiting.

A doctor in the family’s Surjani neighbourhood advised immediate hospitalisation, but with roads closed by processions for a religious holiday, his parents were unable to get him there until the Wednesday. Tests quickly showed that Jamshed had Naeglaria, a rare brain-eating parasite. Hours later he was dead.

Abid Khan, Jamshed’s uncle, said his nephew had been the ‘darling of the entire family’. “I wish his disease was diagnosed on time and properly treated. He would be alive today,” he told the Telegraph earlier this week. Statistics show Jamshed’s chances of survival would have been slim no matter how early he was diagnosed. The United States’ Centers for Disease Control reports that 97 per cent of US cases have been fatal, with just four people out of 145 infected individuals known to have survived between 1962 and 2018. In Karachi, the disease – caused by the amoeba Naegleria fowleri – has proven to be 100 per cent fatal and has killed 14 people this year, up from seven in 2018.

The amoeba typically thrives in warm, fresh water. Infections are rare, but the parasites liking for warmth has led to suggestions it may become more common due to climate change. The parasite enters the body through the nose and is commonly picked up when swimming or diving in lakes and rivers. It can also enter the nose through washing, for example during religious ablutions. Once in the nose, the amoeba travels up to the brain and begins destroying tissue, quickly causing swelling and death.

The amoeba cannot spread person-to-person, or be caught by drinking water, and is killed by chlorination. The US’s most recent victim, a 10-year-old girl called Lily Mae Avant, died earlier this month in Texas after swimming in the Brazos river over Labor Day weekend.

The sprawling port on the shores of the Arabian Sea is infamous for neglected infrastructure that cannot cope with its surging population. Many residents have no access to mains water and rely on a ‘tanker mafia’ for supplies.

Dr Mehdi said large amounts of chlorine were added to the water supply each month, but faulty equipment and rusty, leaking pipelines meant it did not mix properly with the water, or reach the taps of many households. Putting low-cost chlorine tablets in household water was a solution, he said, adding his unit, working with the World Health Organisation, has started to distribute tablets to residents. But Asadullah Khan, managing director of the Karachi Water and Sewerage Board, denied that there was inadequate chlorination. “None of the water boards of other cities rather than Karachi Water and Sewerage Board purchase chlorine in such a huge quantity,” he said. “An adequate quantity of chlorine is mixing by the water board in Karachi’s water supply,” Khan added.

He insisted that the rise in cases in Karachi is due to victims from other areas heading to the city and dying during medical treatment. But Jamshed’s parents just wish their bright young son was still alive. “I wish he had lived, studied and become a doctor to change the poor health system which has failed to save the lives of many like my son,” said Jamshed’s father, Hamid Khan. “Alas, his life was short and he fell pray to a rare disease.” courtesy the telegraph.