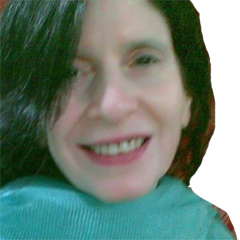 To mark the Kashmir solidarity day

“We will snatch our freedom from India, we will fight for freedom, slogans pierce the sky” as gunshots are heard to silence the crowd. But the men, women, and children don’t panic. They shout again-‘we will die for the freedom’. They shout harder and louder than ever to make sure that they are being heard. They want the world to know about their pain and agony of being suppressed, tortured, and killed as they are being denied of their right to freedom. They fall to death while screaming-‘AZADI”, which means freedom. Human blood has masked a heaven on earth. Even the flowers bleed to the atrocities carried out by the antihuman forces. Voices of 8million innocent human being are muted by curfew, pallet guns, arrests, torture, rape, and killing. Yet their cry for freedom is unheard. Condemnations don’t pour in. The world silently observes the greatest democide of the history.

This is not a story of Hollywood blockbuster or Mumbai’s commercial cinema. These are the real episodes of events happening in Indian occupied Kashmir. Prime Minister (PM) Imran Khan’s Kashmir campaign, particularly, the joint declaration that came after his meeting with President Trump, has cleared the mist that the US will press India to initiate a dialogue or negotiation with Pakistan to resolve Kashmir dispute. Therefore Pakistan’s PM has exerted his energy fruitless. His meetings with some world leaders could produce barely a drop of stir over the unfavourable monster waves. And obviously here culminates PM IK’s Kashmir diplomacy.

One should not blame PM Imran as he has done his part of the job outspokenly. Although Pakistan’s PM has apparently failed in generating an opinion in favour of Pakistan’s Kashmir stance, it is the global leadership that fall short of voices to support a fraction of humanity in crisis. Not a single head of the state has demanded a neutral observer to visit Kashmir. None of them pressed India to give Kashmiris freedom of speech and right to survive. Even Mr Trump remained abstained from arguing over basic human facilities that have been withdrawn from the valley.

On the closing day of our rag week, we the outbound batch friends watched Indian movie ‘Kashmir Ki Kali’ starring Shammi Kapoor and Sharmila Tagore screened on the campus of one of the best highest institution of Asia, Watching flower boats, locally called Shikaras floating over the Dal lake and the scenic beauty of the summer resort was so enchanting that I even wished I could visit the valley of tulips someday.

But the recent happenings after India revoked the Kashmir’s special constitutional status dating back nearly 70 years, has made me wish I could create multiple placeholders in the film to insert the videos of atrocities carried out by Indian forces. Wish I could insert the digital evidence of humanity being denied of basic rights of food, medical aid and civic and religious practices, so that this world could see how the world’s largest democratic campaigner, India is disregarding Kashmiris’ right to speak, pray, and to determine their political status. Wish someday this world could denounce India’s merciless crackdown on its own people in its states of Assam, Punjab, Chattisgarh, Jharkhand, Bihar, Mizoram and Nagaland through its Armed Forces Special Powers Act (AFSPA), which allows security forces an almost free hand in arresting or shooting anyone and anywhere whatsoever. So it was India the giant, which carried out airstrike to kill its own people in Mizoram in the year 1966. The draconian law still exists even after 53 years and it is enforced in Indian held Jammu and Kashmir (JK) and some other parts of northeastern India. An additional assault included in the law is the Public Safety Act, which denies people the right to protest and allows the government to put a person behind bars for six months without a trial.

After the ruination of special status on August 5, Indian forces are treating Kashmiris as animals Food and medicine supplies have been seized as emergency aid remains suspended. There is an acute shortage of milk for children while scarcity of food and medicine has taken an alarming rise. 8million people have been separated from the rest of the world and detained incommunicado. ‘Growers are facing tremendous loss. Their products are perishing in the absence of a business. With all leadership thrown behind the bar, mass lips sealed, freedom of expression has been violently subdued.

Although all communication tools have been undone for the last 52 days to mute Kashmiris’ call of the freedom, yet it cannot isolate their voices. India can cover up the brutalities by its forces by disconnecting Kashmir from rest of the world, yet it is impossible to erase what mother-nature has been witnessing for decades. Cries of Kashmiris continue to filter through the gentle breeze blowing over the Dal Lake and fragrance of tulips of the fifth largest garden of the world in Srinagar. The stars on the sky of held Kashmir lack luster. Red roses reflect the blood of Kashmiri youths as the breathtaking nature constantly mourns the massacre of humanity by the custodians of the epic civilization. Will this world ever speak out to protest against the worst form of human rights abuse of the 21st century?

The writer is a Karachi, Pakistan based journalist