The beauty of Shandur Lake attracts tourists the most

* The clouds that hover above it add to its beauty 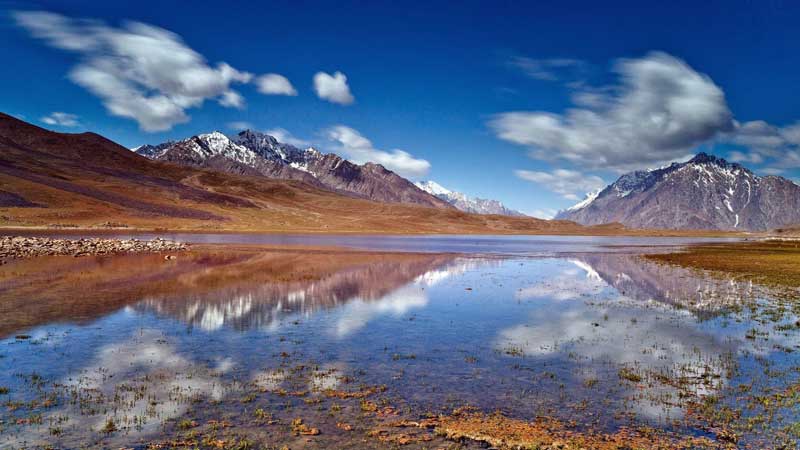 Shandur Lake is one of the most beautiful lakes of Pakistan. It is located in the district of Gilgit-Baltistan in Pakistan as a high mountain pass connects it to Chitral and Gilgit. The upper side of the lake is flat so it is also called Roof of the World. Its beauty is majestic.

The clouds that hover above it add to its beauty. The temperature there is always 14 degrees Celsius, never going up or down, maintaining a cloudy weather. The greenery everywhere at Shandur catches the hearts of tourists, and the valleys of Shandur increase its beauty in general. The place is most famous because of the Shandur Polo Festival. Shandur Polo Festival is one of the biggest festivals in Pakistan, it is held in Pakistan from 7th to 9th July every year.

The highest polo ground in the world at 12,200 feet is located in Shandur. Every year, there is a polo match played on Shandur Top between the home teams of Gilgit and Chitral. People from all over the world come to attend. It’s a great place for a picnic and taking pictures. It’s often compared to Switzerland, but I believe Shandur is far more beautiful. Every year people come in Shandur Polo Festival just for the amazing scenes of Shandur and to catch its beauty in their cameras. In Pakistan most of the festivals are kept there ought to its attraction, visit Chitral you will find “Gior bisi shanduro te” written on vehicles, walls and hostels. It is now easy to visit Chitral to Shandur on the annual festivals because now there is built a jeepable road to connect Chitral with Gilgit. These annual festivals run for three days and even Shandur is mentioned in the songs they sing in the festival, the songs doesn’t only admire Shandur these also tell the reality of the people living there. Chitralis wait the complete year just for the one day, it doesn’t only attract youth, but also the elderly men, even people take their yak to graze there in summer as it is covered with snow for five months of the year. Beside, the lake for two miles there are mountains to the both sides of the lake. The festivals here are a great opportunity for the people to showcase local culture to the visitors. It’s charmer we can by number of the visitors it gets each year, in a year it gets 1,000 visitors. As a writer said ” there are a few things, which catch your eyes, but there is little thing, which catch your heart”, and the quotation suits on Shandur as it catches the hearts of the tourists. Most importantly, such places are beneficial for the kids and students to build their creativity, whenever we visit the places like this then we observe the children talking about its beauty.

The highest polo ground in the world at 12,200 feet is located in Shandur. Every year, there is a polo match played on Shandur Top between the home teams of Gilgit and Chitral. People from all over the world come to attend. It’s a great place for a picnic and taking pictures. It’s often compared to Switzerland, but I believe Shandur is far more beautiful

It simply means their minds have captured the complete area of it that they are willing to create some ideas about it. If a person needs to refresh his/her senses, a trip to Shandur Lake is the best idea. It’s the perfect picnic point. 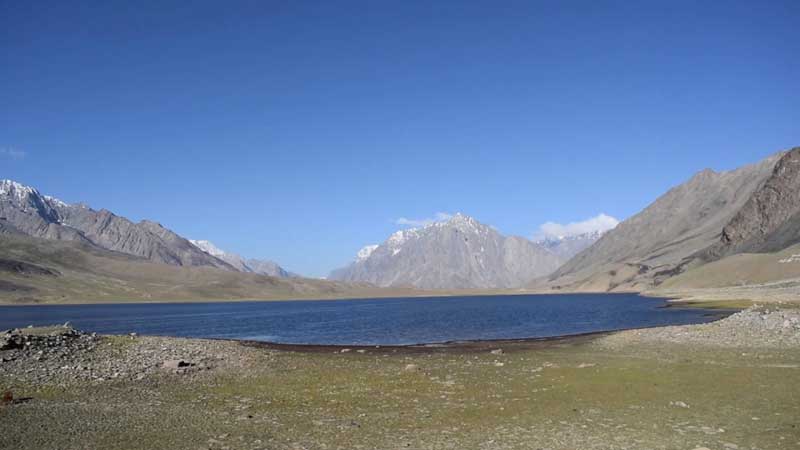 Shandur Pass connects Chitral District of Khyber Pakhtunkhwa with Ghizer District of Gilgit-Baltistan. It is often called the ‘Roof of the World’. The top is flat, a plateau and can be crossed between late April and early November. The grade is very gradual, and the area is crossed by plentiful small streams during summer.

During the annual Shandur Polo Festival, which is organised by Chitral District administration and KP Tourism Corporation, there is a polo match being played on Shandur Top, between the teams of Chitral District and districts of Gilgit-Baltistan.