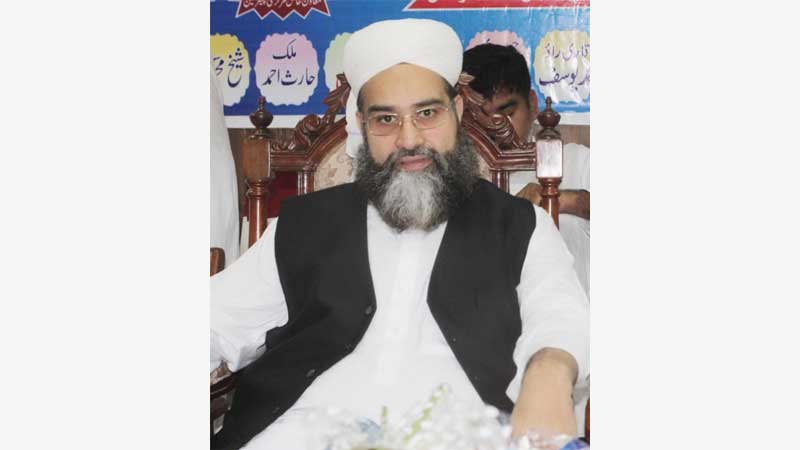 In the same perspective, Kingdom of Saudi Arabia has been serving the devotees and pilgrims of Hajj & Umrah to their best. During last couple of years, the strength of visiting pilgrims to Saudi Arabia has increased manifold, but leadership of Saudi Arabia is committed to serve the pilgrims with best available services. The leadership of Harmain Al-Sharifain has been ensuring state of the art facilities for pilgrims of Hajj & Umrah across the year. Extension of the limits of Harmain Al-Sharifain is one of major achievements of Al-e-Saud and this sequel is still in progress since last one hundred years according to the rising numbers of pilgrims.

During Hajj days, all the arrangements are being arranged by Saudi Interior Minister Amir Abdul Aziz bin Saud bin Nayef in supervision of Saudi Crown Prince Amir Muhammad bin Salman. It is also worth mentioning here that during stay of pilgrims at Mana during Hajj days, Khadim-e-Harmain Al-Sharifain Shah Salman bin Abdul Aziz also resides in Mana to look after the arrangements for pilgrims. Few years back, pilgrims and devotees use to complain about traffic mess and cold drinking water in ‘Mana’ but now, an effective systematic apparatus has been arranged with subsequent traffic flow arrangements.

Today’s Saudi Arabia in the leadership of Khadim-e-Harmain Al-Sharifain Shah Salman bin Abdul Aziz and Crown Prince Amir Muhammad bin Salman is changing towards stability; however no one should get mire and develop any misunderstanding and misconceived.

Saudi Arabia was founded on the founding principles of Islam and this Kingdom, which came into being on the teachings of Quran-o-Sunnah can not deviate from its founding principles. During all this course of time, if any step or stance is reported against the basic teachings of Quran-o-Sunnah, steps should be taken for its necessary correction and guidance. With blessings of Almighty Allah, incumbent leadership of the Kingdom of Saudi Arabia has put forward the moderate message of Islam before the world and made it explicit that Islam and teachings of Islam and Quran-o-Sunnah, has nothing to do with the menace of extremism and terrorism.

In this perspective, responsibility also rests on Iranian leadership to make clarity of stance to absolve the region from any possible crisis. The elements, which are responsible for making drone strikes at oil facilities in Saudi Arabia aims at sabotaging world peace and economic stability of the region.

In connection of Palestine issue, leadership of Saudi Arabia has put forward an explicit stance that any solution for Palestine will not be accepted without consent of Palestinians. Similarly, Saudi leadership has stated that Kashmir issue should be settled in accordance of the resolutions of UNO. Human rights situation for Kashmiris should be restored. Blockade of Kashmir should come to an end and Kashmir issue should be settled with peaceful talks and negotiations in accordance of the UN resolutions. Saudi leadership has also signaled to support for his effective role to resolve Kashmir issue for peaceful talks. The alarming state of affairs is that we are not even ready to acknowledge out mistakes and use to criticize friendly states.

Few years back, when some misunderstanding was reported between Pakistan and Saudi Arabia, Saudi Arabia’s King Shah Salman bin Abdul Aziz gave this message to the entire world that if ruling leadership of Pakistan has committed any mistake, it does not mean that Saudi Arabia will distance itself from its friend and brotherly Muslim country. With grace and blessings of Allah Almighty and continued efforts of Chief of Army Staff General Qamar Javed Bajwa Pakistan’s relations with Arab countries specifically with Saudi Arabia are more stable and strengthened compare to last 10 years. It is also responsibility of the ruling government to play their role and efforts for strengthened brotherly relations between Pakistan and Saudi Arabia keeping aside all interests and reconciliations. Since inception of Pakistan, Saudi Arabia is the sole country in the world, which stood beside Pakistan in face of any crisis. Saudi Arabia always responds positively on call of Pakistan and supported Pakistan in face of any challenge.