Dengue outbreak 2019: What Government and the public can do

It is déjà vu. The number of dengue patients and related deaths are increasing. Hospitals are running out of beds, and everyone, including the government, is hoping for an earlier arrival of winter to control the outbreak. A panic is setting in, and panics are not good for the country, no matter what the reason may be. Widespread rains in the country, bringing down the mercury, may give some hope to health officials trying to control the epidemic across the country. They hope that Mother Nature may take care of their problem. 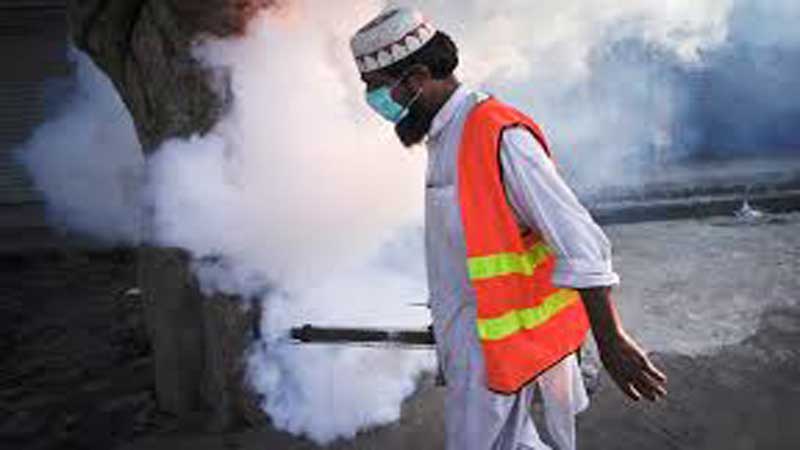 Unfortunately, that will be a false hope and very detrimental to the health of the population they serve. In Pakistan, we have seen a spike in dengue cases after two weeks of rain. The reason is that the lifecycle of mosquitoes that spread dengue is around 12 days. Freshwater after rain is collected in used tyres, broken pottery and other refuse littering our streets, all excellent breeding sites for a new generation of mosquitoes.

So what could be done now to control this epidemic? Let’s break this down for easy understanding.

First, we need to collect best health intelligence-disease surveillance-onthis epidemic so that we could prioritise our control efforts. No matter how much we would like to clean all our cities of dengue at once, that will not be practical or possible unless we understand the problem more clearly. The daily number of patients and deaths that is being shared is casualty reporting and not the real pulse of the outbreak.

Four outbreak investigation teams should work in cities of Karachi, Lahore, Peshawar, and Rawalpindi and Islamabad. Yes, one team for Rawalpindi and Islamabad, as I have seen health officials of both cities taking pains to separate the number of patients of the other city from their numbers. These two cities are one geographic cluster, and need to be addressed by one team and same control efforts.

Unfortunately, the outbreaks are in major cities, with millions of population, each creating challenges to understand hotspots. As my experience tells me, current hotspots based on reporting of patients to hospitals are mostly unrepresentative of actual disease burden in different localities. Trained epidemiologists and entomologists should be brought in to do cluster surveys of each city to identify true high disease burden areas so that intensive control measures could be effectively utilised.

But a survey takes too much time, and we don’t have that much time now. We need to take care of patients, and we could do a survey once the outbreak is over. Actually, a good survey with an experienced team could be done very quickly. My team, all government officials, did a household survey in 165 union councils of Lahore, sampling around 3,500 randomly selected houses in two days, in 2012. So a survey could be completed in each city with training, data collecting and a preliminary analysis in less than a week. But we were only able to do it in Lahore because the then deputy commissioner of Lahore put all of his city administration assets -personal, transport, facilitation-on our disposal.

This outbreak investigation based response will help to identify most vulnerable areas and control the outbreaks with an efficient use of resources. But without long-term interventions, the story will be repeated in coming years more frequently. If garbage is piling up across the country in pretty much every city no interventions will help. Sorry, folks.

That is something that different departments of health need to do. But we need to protect ourselves. Why should we worry about ourselves? Isn’t government responsible for a clean and safe living environment and access to healthcare? But let’s be real; as we wait for government to intervene, it may be too late, so let’s focus on yourself and your loved ones.

1. Ensure that there is no place inside or outside where water amasses. Small containers for birds, broken pottery, gutter covers, or anything that could hold even two sips of water should be covered completely if it cannot be removed.

2. Inside houses, use an insecticide spray, and cover all parts, including backs of curtains, and under the furniture. Close the doors and windows, after spray, for an hour to have effect. Make sure that you have screen doors, or close the door or windows if you don’t have screens.

3. Outside, wear long sleeves and closed shoes with socks. Do not wear dark clothes as mosquitoes are reported to be attracted to dark colours. Apply mosquito repellents on uncovered body areas, ensuring safety directions of the manufacturers.

4. Avoid dawn and dusk for outside activities because it is the mosquito-feeding time.

5. Make simple mosquito traps. You could make them using simple materials; there are many designs available on the internet. However, make sure that you clean them periodically. They could be used to trap mosquitoes inside and outside the house.

6. Keep the interior and the exterior of the house clean. What is happening outside your house could affect you and your loved ones, as bugs don’t care about your walls or locks. Work with your neighbours to make your area mosquito-free by keeping it clean.

The writer is an Adjunct Professor of Epidemiology at the University of Nebraska, USA, and Chief Executive Officer of the Global Health Strategists and Implementers, a consulting firm in Islamabad. He has worked at the Stanford University, University of Washington and London College of Hygiene & Tropical Medicine and with the US Centre for Disease Control and Prevention