Matters of the heart from a daughter to her father 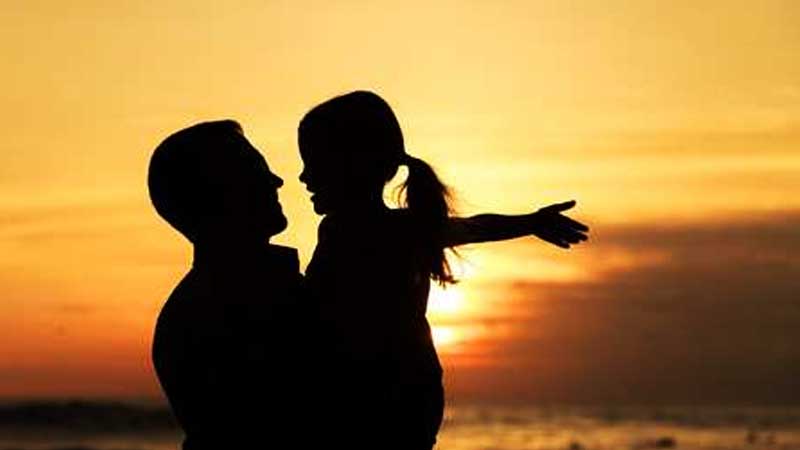 Dr Hasan Murad, if he were here with us today, I would show gratitude to him for being a wonderful combination of strength, warmth, kindness, laughter and love.

My father lived a life that many dreams of. His discourse is so expansive that many aspire to this. He achieved acclaim that inspires so many. The simplest thing I can say about my father is: he was a force of nature, a storm of a man. In his path, things moved. Nothing stayed still. He was primal, preserving, and on fire with the possibility that something good was just about to happen if only you worked hard enough to make it so.

Summing up his life, I keep coming back to one thought. Never will you meet a man who more faithfully lived his values. At any age, when faced with an ethical dilemma, after reflection, study, or even rationalization, I find myself coming back to one simple question. What would HE do? His character is the foundation of my conscience. My father’s teachings are endless. My father had a mission in life: to be able to create a Pakistan and the Muslim ummah through ilm. He was cause-minded, mission-driven, value-oriented and would not compromise. He spent every day, every minute and every second for this cause. He valued his life and his life is the best manifestation of Islamic principles and professionalism. The most important attribute of my father’s life was that he considered himself the servant of Allah Subhanahu wa ta’ala at the core. He worshipped Allah Subhanahu wa ta’ala, he found his freedom by surrendering to the will of Allah Subhanahu wa ta’ala. His choices, his preferences, his likings, his aversions, his decisions, his deliberations, everything was according to the traits as to what would please Allah Subhanahu wa ta’ala and what would earn His maximum pleasure, not just His acceptance or his indifference, but His utmost love and mercy.

My father was a seeker of the love of Allah Subhanahu wa ta’ala endorsed further by his relation with the Quran. He discovered Quran in his early life. His mother imbibed in him the message of Allah Subhanahu wa ta’ala. He absorbed it to the extent that it became his intuition. His hobby was to recite the Quran. If he were alone and not doing anything, he would sit somewhere and recite the verses. He had memorized half of the Quran and he knew the other half very well. He had a grasp of every verse in terms of its meaning and context. He was charmed by the beauty of the Quran and was unflinchingly, inextricably embedded in the Quran. Another attribute I found in my father is that he made a personal connection with everyone that he met. Anyone who met him, be it for a minute or an hour, had their own story to share about their interaction with him. Whoever he met, regardless of their social background or affiliation, he would embrace even the strangers in a way that they were lost friends and that he was waiting for them.

It was not artificial but a genuine sense of affiliation and love and bond with everyone, whether Muslims or non-Muslims, known or unknown, very dear ones, loved ones or someone from the outside. This is his legacy. He used to say often that he need not be idealized or enlarged in death because of what he was in life. The greatest of all expectations, responsibilities and trust was placed on his shoulders because of who he was, but he surpassed them all because of who he became. We do not weep for him today because of the prestige attached to his name or his office. We weep because we loved this kind and tender hero who persevered through all odds – not for the sake of ambition or vanity; not for wealth or power; but only for the people and the country that he loved.

Hasan Sohaib Murad has departed for his final abode guided by his faith and by the light of those that he has loved and lost. He has left those of us who grieve his passing with the memories he gave, the good that he did, the dream he kept alive, and a single enduring image – the image of a man smiling broadly, ready for whatever storms may come, now carrying on towards some new and wondrous place just beyond the horizon. May Allah Subhanahu wa ta’ala bless Professor Dr Hasan Sohaib Murad and may he rest in eternal peace. Let us celebrate this larger than life figure by imbibing his values, ethics, and integrity. This way we will become a part of him and he will be a part of us.

Think what you want to be. Don’t hesitate in taking a bold step. Act what you want to become and then Be. If it is true to our value system and serves the cause of our religion then success will follow suit. Just remember to lead a life shaped according to the will of Allah Subhanahu wa ta’ala with pure intentions and determination that our Akhirah is purposeful.