The economic crisis of our age

Famous German philosopher Karl Marx referred to the cycles of history once and said: “History repeats itself first as tragedy, second as farce.” 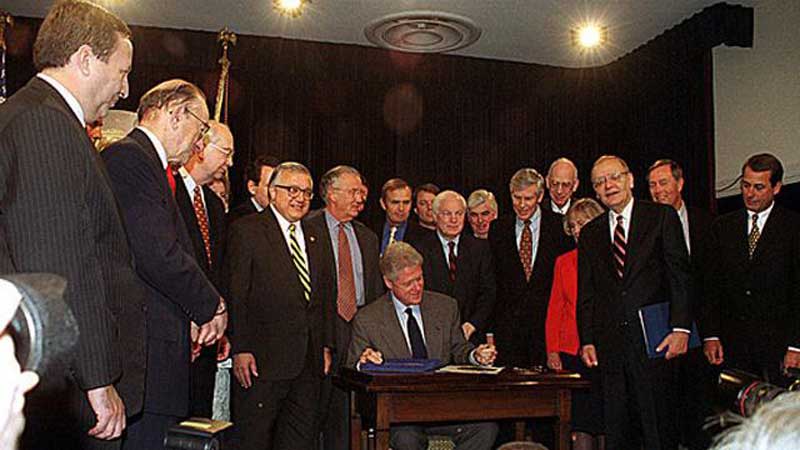 In contemporary discourse, the 1970s and 1980s marked themselves as the important decades of the recent history for various reasons. First, the prolonged war in Vietnam ended, which brought the US and China closer. Second, the oil embargo and the collapse of Bretton Woods. Third, the start of the Afghan war that paved the way for new strategic and economic alliances. Fourth, China opened its vibrant consumer market for the stagnant western economies. Lastly, the disintegration of the Soviet Union, which formally marked the end of ideological wars and declared the victory of the neoliberal order.

Basically, the 1970s were the tipping point for the capitalist bloc, when the Bretton woods collapsed amidst the oil embargo and dollar crisis. Then emerged the critical domain of global politics, which stressed that the early traditions of global politics only focused on law, politics and diplomatic history, but now it is time to overhaul the sphere of economics. In this regard, on the face of Bretton Wood’s collapse, the discourse of global political economy was initiated. Scholars like Robert Gilpin suggested that global politics is determined by global economics, and the cob-web of world economies creates interdependency. This interdependency factor finally paved the way for the free movement of the capital via neoliberal reforms in the 1980s. Today, the globally integrated markets with floating capital are the fact of the global economy.

As a final point, in 1999, under Bill Clinton Gramm-Bliley Act was replaced with Glass-Stengel Act of 1933 that allowed banks to use deposits to in derivatives (housing and real estate). This Act was instated because of the demands from bankers, who claimed that they need this change to compete with the foreign firms and in return, the bankers sordidly promised to invest in low-risk securities to protect their customers. Consequently, the approval of Gramm-Bliley Act empowered the banking industry to play freely without upholding the market rules. As the demand for derivatives grew, the bankers turned greedier and demanded more mortgages to back the securities.

The biggest curse came in the year 2000 when the Commodity Future Modernization Act was passed that exempted credit defaults swaps and other derivatives from regulation. In this way, the federal legislation overruled the state laws that had formally prohibited this as gambling. The banks started earning more through exchange value phenomenon, from the subprime mortgages without overhauling the instability in the commodity market. Finally, the over-credit creation gave birth to the global financial meltdown of 2008, which bankrupted the world economy by pushing the big economies of the west into a severe recession.

The central banks across the west suffered from sudden interest rate fluctuation that fueled stagnation in the capital flows. With this great economic instability across the financial markets, the corporate sector refrained from taking the responsibility and even the culprit banking officials kept the low profile to pelt their responsibility. The cause of this status quo lies in the policies of 1970s and 1980s–the economic policies– when the shareholders’ value took hold and the firms used this value to maximise the profits of the owners. This maximising efficiency fueled greediness and unconventional corporate competition in the market. Through this way, the shareholders’ value conquered American and European markets by declining the culture of the healthy competition in the commodity market.

Basically, the 1970s were the tipping point for the capitalist bloc, when the Bretton woods collapsed amidst the oil embargo and dollar crisis

The global financial meltdown was the result of this status quo that superseded the principle of the market economy. It is a historical fact that when the revenues shrink and collapse, the empires become brittle. Even it is in the historical record that many of the 69 empires that have existed throughout history lacked competent leadership in the time of decline having ceded power to incompetent institutions-the same case is with our Age. With the elections in America in 2016, there has been a severe decline in the global economic growth and there is a clear risk of financial collapse amidst the ongoing US-China trade war. Consequently, there is also a lack of dynamism in the global economy, the growth of global GDP shrunk from five per cent to 2.4 per cent since 2012.

The markets are squeezed because of the investment anxiety among the investors and mergers and monopolies in the integrated market has hijacked the vibrant competition in the digital economy. Emerging market anxiety indicates a clear sign of the coming crisis that might hit the stock markets across the globe. Similarly, the rising crisis of global capitalism in the wake of the ongoing US-China trade war is also harming the growth of European economies. For instance, Italy and Greece are still in a recession. In Italy, the immense government debt is 150 per cent of the GDP, while Greece is struggling with its budget deficit crisis.

Even healthy economies such as Germany and France are suffering from severe economic growth decline. Recently, the German central bank warned Germany about rearing recession because of the fall in industrial production, which is lowest in decades. In France, the situation is even worse, where Gullet Junes (Yellow Jackets) are demonstrating against Marconomics. Though several of their demands were accepted including reinstating wealth Tax, and the approval of new subsidies but these decisions didn’t calm the anger of protesters which is indeed a political deadlock for the implementation of new economic policies.

With the rising Internal economic chaos, both Germany and France have tightened their policy attitude towards other European Union member states. Though both Emmanuel Macron and Angela Merkel called upon their big titans to go for merger and acquisition to take over the American and Chinese conglomerates, Macron and Merkel have to understand that Europe has already a competition problem. As a result of the further merger and acquisition, the competition will decline further that will create problems for the stagnant economies of the European Union.

Another issue is with the European single market is that it is not solely designed for the services, which accounts for 70 per cent of the European economy. The same case is with the American economy. Since the beginning of Donald Trump’s presidency, the Fed Reserve has tightened the money to stabilise the monetary policy, which caused Currency fluctuation in the global market, Turkish lira and the Russian Rubble suffered at greater scale.

China which has enjoyed relative prosperity and economic growth since the 1980s has suffered from its first relative decline in economic growth in 2017. It was the result of the US-China trade war, President Donald Trump along with his orthodox economic advisors raised tariffs on Chinese imports from 10 per cent to 25 per cent that accounts for $250 billion in net worth. In the latest development on the ongoing trade war, China announced new tariffs of worth $70 billion on American Products and in retaliation, President Donald Trump announced a five per cent increase in the existing tariffs on Chinese imports.

Meanwhile, in the wake of growing US-China trade tension, the economic forecasts of 2019 don’t seem healthy, as the borrowing lost is increasing, debt is increasing, stock markets are volatile, and cash is rapidly leaving the emerging markets. Moreover, the emerging markets are in oblivion, where the debt is 50% high because of the rising interest rates to stabilise currencies. Subsequently, the combination of rising interest rates and soaring debt with a rapid decline in GDP growth is toxic to the health of the global economy.

Therefore, in the current scenario, the severe economic disruption across the globe as a result of declining GDP growth, rising interest rates, soaring debt and the lack of healthy competition indicates the future economic shock. In my opinion, the 2008 global financial meltdown was just a calm before the storm because the real economic crisis of our age is approaching at a faster pace.